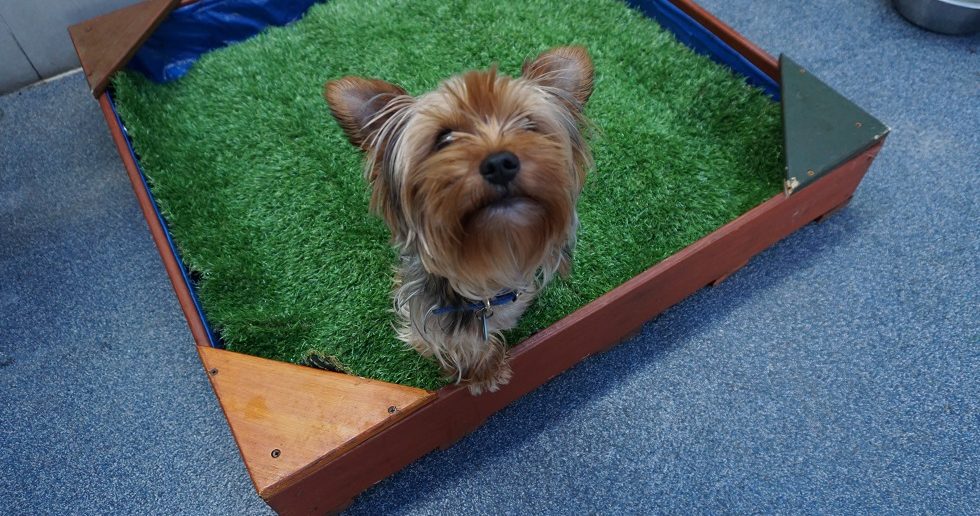 A neglected dog who lost a leg has finally found happiness by landing herself a loving forever home after being rescued by The Mayhew Animal Home. 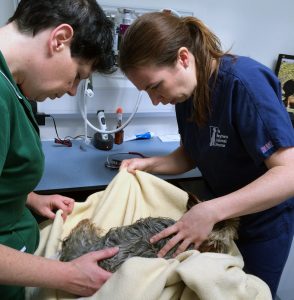 Mini when she first arrived at The Mayhew

When the Yorkshire Terrier was first discovered she was in a bad state. The two-year-old had been attacked by another dog in North London, and had been left with a fracture on her left shoulder blade which was severely infected and needed urgent treatment.

Mini had been neglected and left to fend for herself by her irresponsible breeders. She was taken to The Mayhew Animal Home where the Vet Team gave her a thorough examination and made her feel more comfortable.

Animal Welfare Manager, Zoe Edwards, said, “Unfortunately we see a lot of unwanted dogs as they are bred purely to be sold for profit or used as a breeding machine. When they end up injured or not sold, the breeders abandon and dump them when they are no longer wanted. We ask that owners think responsibly about where they get their pets from and consider adopting a rescue dog.”

When the Vet Team first examined poor Mini she was lethargic, dehydrated and had a very high temperature.

Mayhew Vet, Dr Áine Macguire, said, “We instantly started treating her for shock. She was placed on intravenous fluids and was given pain relief and antibiotics.”

“Over her left shoulder there was a lot of matted blood, so we clipped and cleaned the wounds, which showed extensive and painful bruising. We booked her in for an examination and further flushing of the wounds under sedation when her condition was more stable.”

Unfortunately Mini’s condition deteriorated overnight and she was transferred to Out of Hours at RSPCA Putney where she could receive 24 hour intensive nursing care.

During Mini’s time there a swelling formed over her left shoulder, which on further investigation turned out to be a fracture of her left shoulder blade. Unfortunately the bone and tissue were severely infected so the best course of action was to amputate the left front leg. 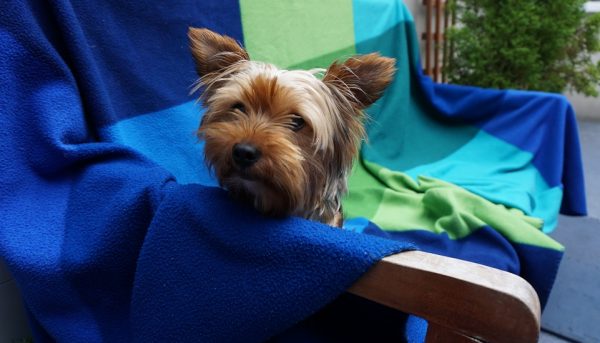 Dr Áine Macguire added, “When she was stable following the surgery, Mini came back to The Mayhew to recover. She has coped really well with walking on three legs and it doesn’t seem to bother her at all. Three-legged dogs can still live happy and fulfilling lives.” 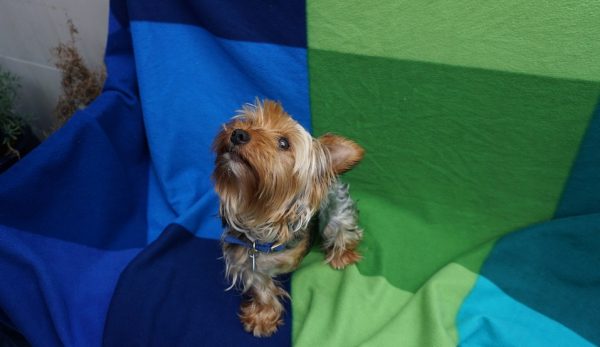 Mini has recovered well and has adapted to having three legs

Thankfully after receiving medical attention and lots of care, love and attention, Mini was able to get back on her three paws in no time. Despite her disability, Mini gets around easily and is still able to do all the things normal dogs can do like running, playing and jumping.

As soon as she was fully recovered and was showing off her friendly and affectionate character, Mini found a home straight away.

She has since settled in really well and is enjoying her new life in her loving home, and particularly enjoys cuddling up to her new owners.

Mini’s new owner, Helle Hammonds, said, “Mini has settled in really well and gets on great with our other dog Missy. She is incredibly affectionate and loves receiving cuddles.”

“Her disability doesn’t stop her from doing anything and she is forever trying to sit on my lap.”

Share this story with your animal-loving friends, family and colleagues!

Thinking of getting a dog? Why not adopt a cat or dog from The Mayhew?