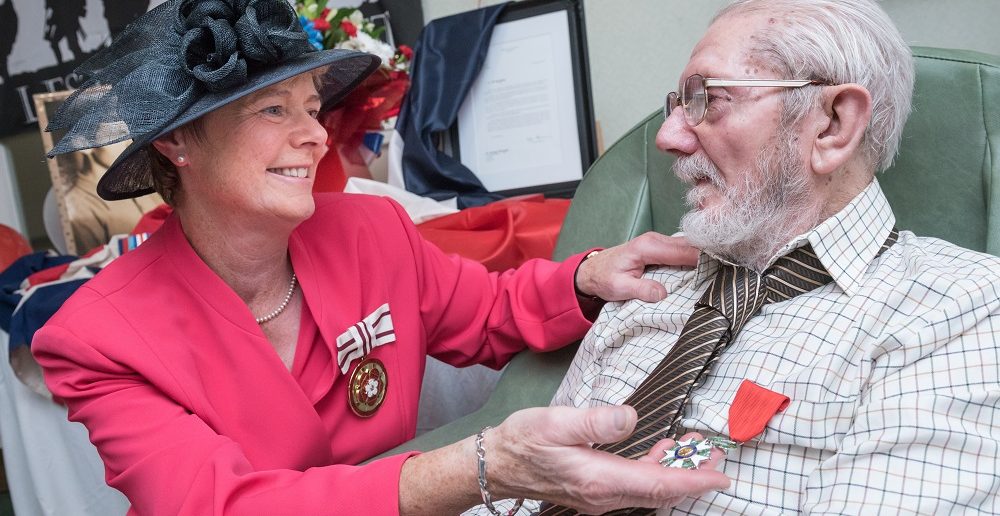 A World War II veteran from St Helens was surprised when he was presented with France’s highest honour, recognising his role in the D-Day Landings.

Stan Pennington, 93, who lives at Eccleston Court Care Home, has been awarded with the Légion d’honneur for his bravery in the liberation of France. Stan signed up at the age of 17; he served in World War II, five years in the 1st Battalion of 53rd West Infantry. 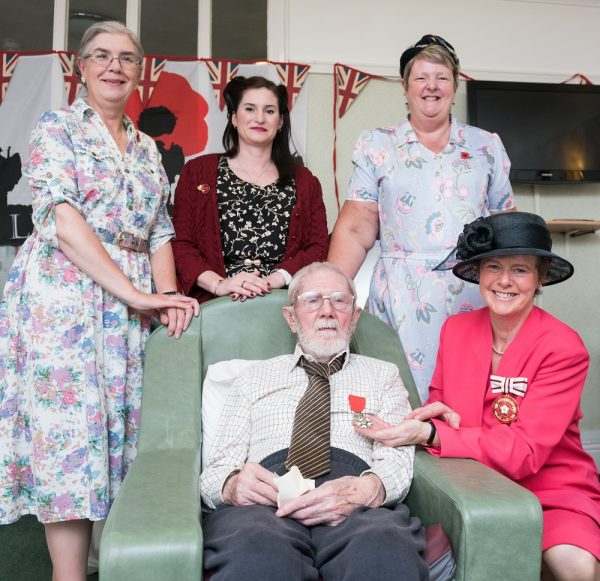 Following the 70th anniversary of D-Day in June 2014, the French President announced that the distinction be awarded to all British veterans who fought for the liberation of France during the Second World War.

On behalf of the President of the Republic, the Deputy Lieutenant of Merseyside, Anne Morris, presented Stan with the Chevalier (Knight) award, during a special celebration organised by staff at Eccleston Court care home, which is part of the national social care charity Community Integrated Care and is home to 54 older people, including people living with dementia.

Staff had secretly planned the special medal presentation and hosted a fantastic 1940’s themed party to mark the momentous occasion. They decorated the home with British and French flags and baked delicious cakes which, including one that replicated Stan’s medal.

They also created a stunning centrepiece for Stan, proudly displaying his framed letter from the French Government, photographs from his military service and medals awarded throughout his life.

Anne Morris, Deputy Lieutenant of Merseyside, said, “It was such a privilege to present Stan with this great honour. The award – from the President of France – recognises the selfless acts of heroism and determination by all surviving veterans of the Normandy landings. It’s thanks to heroes like Stan that we owe our freedom to.”

“Stan was so touched to have received the Légion d’honneur. He was called up to fight at just 17 years old, risking his life for our country. Hosting this wonderful celebration with his nearest and dearest was the least we could do to honour him. We are so incredibly proud!” said Amanda Kelly, Service Manager at Eccleston Court.