How many times a day do you catch yourself saying things like, ‘When I was young,’ or, ‘The good old days?’ Reminiscing on the joys of being a child; a life devoid of worries, full instead of fun and games. Although this is the memory of childhood that many people are fortunate enough to have, children who grow up with disabilities are often unable to access as many opportunities.

But Lily’s Place, a children’s respite home in Dorset, is seeking to change this. Recently renovated and reopened by the disability charity Diverse Abilities, Lily’s Place helps children overcome some of these barriers. Andrea Lennox-Gordon, whose daughter uses the care home, says about its refurbishment, ‘Now that the build is finished we realise how wonderful it is and can see that our children will have the most amazing place to have fun and be themselves.’

At the launch in November, donors to the appeal, families, staff and supporters were all invited to a film chronicling the transformation of the care home, as well as a tour of the new space.

The home, which also supports adults and the families of children with disabilities, provides both short and long term care in facilities including an overnight wing, with rooms large enough to accommodate all the specialist equipment each individual needs, sensory rooms, including a multi-sensory underwater themed bathroom, a large playroom and a fully accessible garden, with features such as musical handrails, sandpits and sensory tunnels. 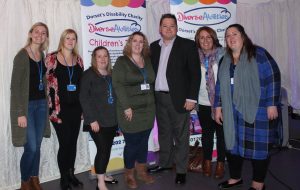 The money needed for the refurbishment, £360,000, was raised through the Lilypad Appeal, launched one year ago. Local organisations, who also helped by volunteering their time to help refurbish the centre, helped in raising this money, and the appeal was also supported by Tesco’s Bags of Help Fund.

Vikki Slade, Capital Appeals Manager at Diverse Abilities, says, ‘Words cannot even express how thankful we are to everyone that has been involved. Without our supporters, it couldn’t have happened.’

The initiative was started by Wendy Barfoot, daughter of Phyllis Edwards, founder of Diverse Abilities. Phyllis Edwards began the charity in 1955 after her daughter, and Wendy’s sister, was diagnosed with cerebral palsy. Mrs Edwards formed a group of parents, intent on providing better opportunities for their children with physical and learning disabilities.

Wendy says, ‘When my sister Marilyn was diagnosed…there was nothing available for her but so much has been realised in 60 years for children and adults who have complex needs. I would like to say a big thank you to everyone involved in Lily’s Place.’ 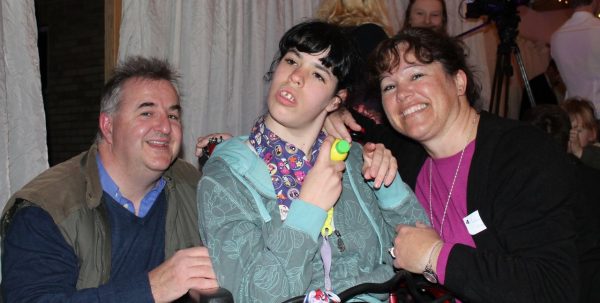 One of the young people and her parents who will benefit from the facilities and support that Lily’s Place provides. Photo: Diverse Abilities

Diverse Abilities is still the only charity which supports children and adults with both physical and learning disabilities in Dorset, and currently helps over 700 people across the region live a fulfilled, joyful life. If you want to find out more about the work that this incredible charity does, click here to go to their website.