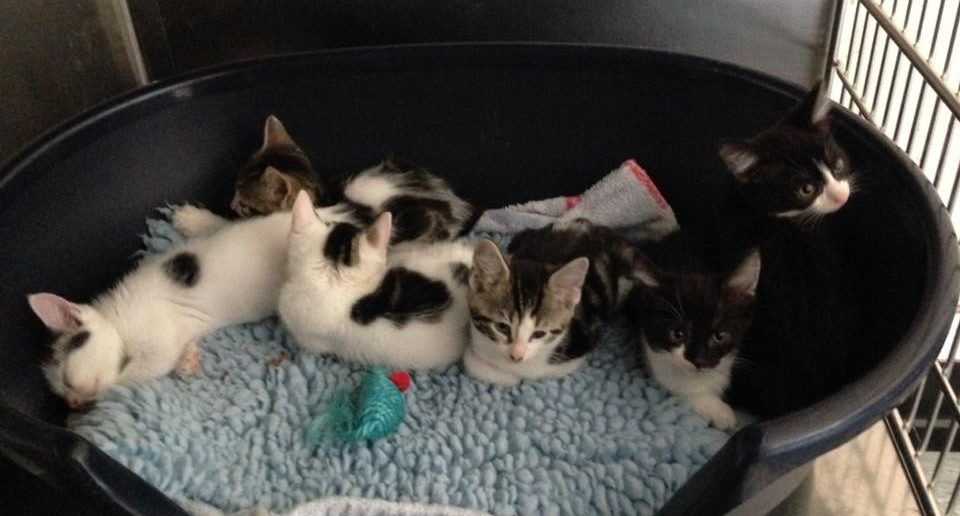 There are many reasons why these cats don’t have a home: their owners may have passed away or be unable to look after them anymore, they may have been born stray, and in some heart-breaking cases they have been abandoned. Sheffield Cats Shelter rescues over 400 destitute cats and kittens each year. 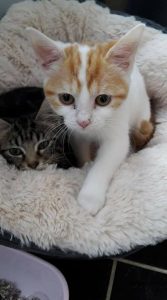 Jason Kenny and Laura Trott got married after the Olympics. Their cat namesakes found forever homes together

Some stories of abandonment do have a happy ending as with this story of the ‘Olympic Kittens’.

In August 2016, someone found an old cardboard box, in the pouring rain, holding nine kittens that had been abandoned. They were eventually taken to Sheffield Cats Shelter, and as they were found just as the Olympic games had finished, they were named after the UK’s Olympic heroes: Jessica Ennis-Hill, Andy Murray, Tom Daley, Mo Farah, Maddie Hinch, Hollie Webb, Laura Trott, Jason Kenny and Bradley Wiggins.

Unfortunately all the kittens were in poor condition and so were taken to the vets.  The shelter – which celebrates it’s 120th year in 2017 – then arranged for the cats to be fostered by some of their carers to give them time to recover and put on weight.

Once they were ready, the shelter announced to their supporters that the kittens were ready to adopt. The six older kittens (Mo Farah, Maddie Hinch, Jessica Ennis, Hollie Webb, Tom Daley and Andy Murray) all quickly found loving new homes.

The three youngest and weakest of the kittens (Laura Trott, Jason Kenny, and Bradley Wiggins) remained a little longer with their foster carer, but once they were ready they too found their forever homes, with Laura and Jason being re-homed together. 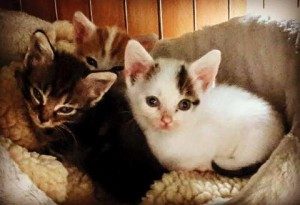 Jason, Laura and Bradley had to stay with their foster carer for a little longer than the others