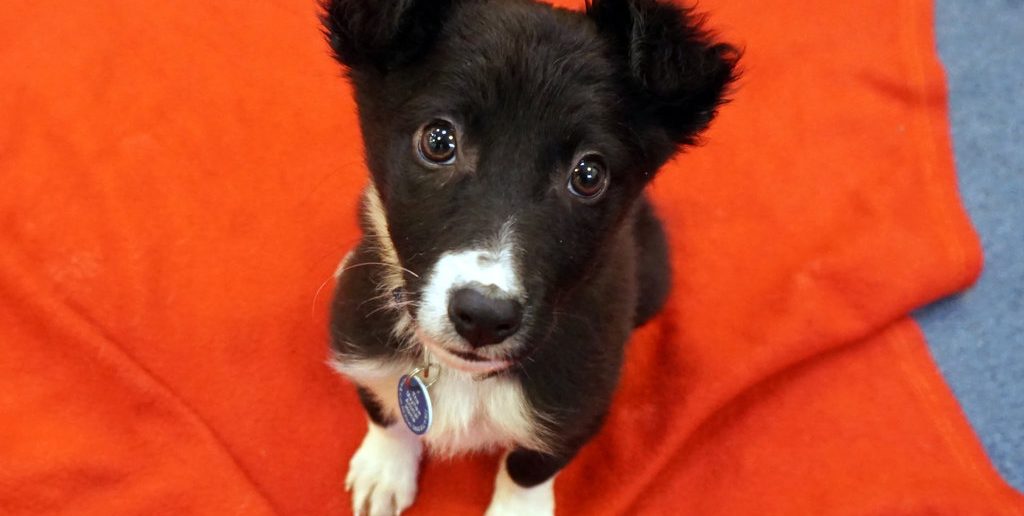 A sick puppy who was sold outside a London tube station is finally on the right track to happiness after receiving treatment and care from The Mayhew Animal Home.

Seven-week old Border Collie puppy, Mocha, was up for sale outside Ruislip Tube Station in West London, despite being poorly and malnourished.

A passing couple decided to buy little Mocha for the high price of £200, initially because they were concerned for her welfare. The couple named their new puppy Mocha after they saw the seller feeding her coffee outside the tube station when they went to buy her.

The owners contacted their local vets for help but were unable to afford the fees to get her looked at. Though they had good intentions, Mocha’s owners had overlooked the costs and responsibilities which ultimately come with owning a pet. 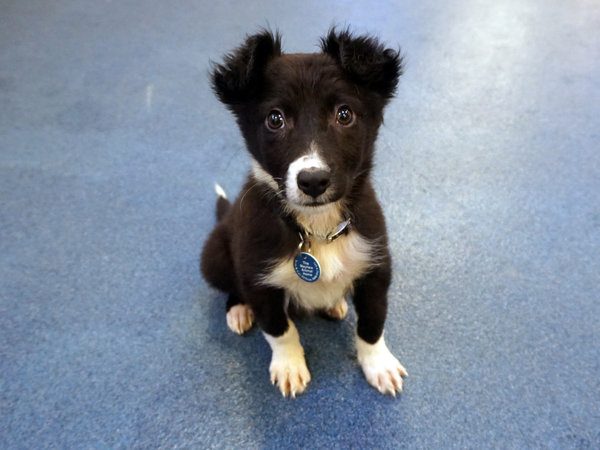 As Mocha’s owners were unable to pay for her veterinary treatment themselves, they took her to The Mayhew Animal Home for help. After speaking with Animal Welfare Officers, they decided to sign poorly Mocha over so the vets, vet nurses and kennels staff could give her the proper medical care she needed.

Sadly Mocha was in a bad state; she was extremely emaciated, malnourished and had bloody diarrhoea. The Mayhew vet team got straight to work with Mocha’s treatment, giving her round-the-clock care and feeding her small meals often to help her get back to a healthy weight.

With the medical treatment and care and socialisation from the kennels staff, Mocha began to get back on her paws. She slowly gained her appetite back and started to put on a healthy, normal weight.

Mocha was then placed with one of The Mayhew’s experienced foster carers, so she could enjoy a loving home environment whilst she recovered. In no time, Mocha was playing and running around like a typical puppy with her foster carer’s dogs, showing off her cheeky and fun-loving personality. 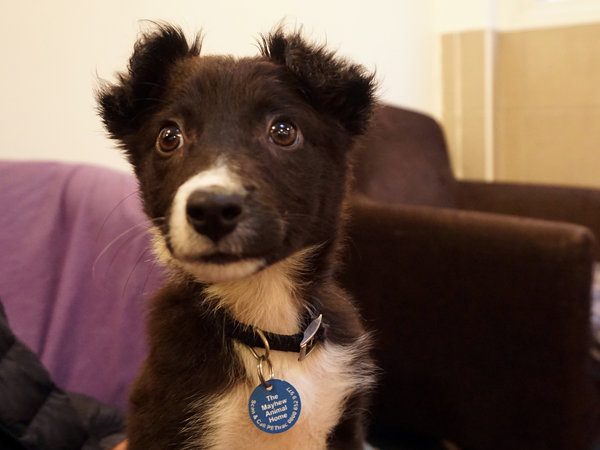 Animal Welfare Manager, Zoe Edwards, said: “We are so glad that Mocha is on the right tracks to a full recovery. It is completely irresponsible to sell a puppy outside of a tube station, and unfortunately we see this kind of situation all too often.”

“Sadly there are lots of unwanted animals in rescue centres like ours that have come in from people who have bought pets on a whim without taking into consideration the responsibilities and needs of the pet. Many pets also end up in rescues after breeders have sold sick animals just to make quick money, to owners who are unable to cope or afford the medical treatment.”

“Irresponsible breeders, like Mocha’s seller, can often have little or no concern for the welfare of dogs and puppies and no regard for who buys them. They usually won’t be thinking or asking whether the buyer is able to care and provide for the animal for the rest of its life, both financially and physically.”

“We urge people to think responsibly about where they get their pets from and consider adopting a rescue dog from a reputable shelter, as they are full of gorgeous canines desperate for loving homes.”

Once Mocha has been neutered and is a bit older, she will be ready to find her forever home, where we’re sure she’ll have a ‘latte’ to look forward to.

When she’s ready for a home, the adoption team will put Mocha on The Mayhew’s website. You can sign up to hear whenever a new dog is added to the website by signing up here.