By Nisha Kotecha on December 15, 2016 0 Comments
Issy in the Christmas grotto

Meeting Father Christmas before Christmas is something a lot of lucky kids look forward to. This year, a little girl who cannot walk was able to go up and talk to Father Christmas without help from mum or dad for the very first time. 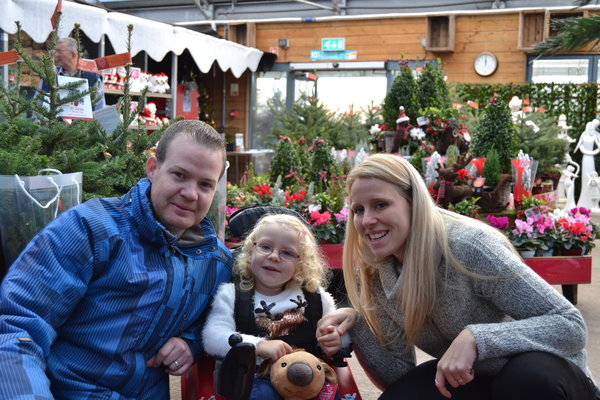 Issy with her parents Iain and Karen at the Christmas Grotto

Isabel Freeman, known as Issy, is nearly 3 and has Spinal Muscular Atrophy (SMA) type 2, a rare condition which affects the growth and strength of her muscles. SMA has affected Issy’s ability to walk, sit and crawl.

Now Christmas is near, Issy got to do something she’s never been able to do before – go up to Father Christmas by herself to tell him her wishes for presents under the tree. Due to her disability, Issy used to rely on her mum and dad to move her around. 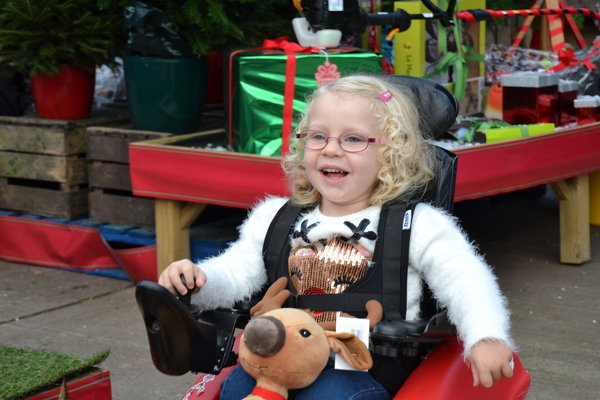 Issy’s mum, Karen, is thrilled that her daughter can now gain some freedom and movement skills thanks to the free Wizzybug from charity Designability.

She said: “Designability have given us a light at the end of the tunnel with the Wizzybug. It’s the first chance she’s had to have a bit of independence.

“We’ve had a really good year and meeting Father Christmas has really topped it off for us.”