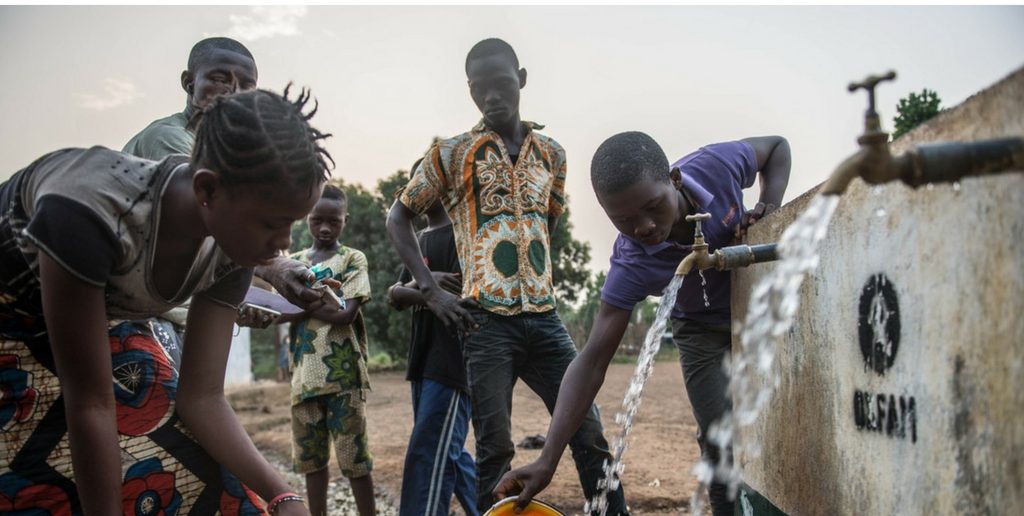 Humanitarian Aid: Who’s there when the spotlight leaves?

Humanitarian aid is often thought of as immediate emergency response to natural disasters; however this is rarely the case. Humanitarian assistance is often required to respond quickly to disasters but is rarely a short term intervention. When conflict breaks out and natural disasters strike, entire communities in that area are affected, with immediate devastation and negative impacts on long term development prospects. Humanitarian short term aid is to alleviate suffering during the immediate aftermath of the emergency. This is crucial aid, however what people often forget about it the ongoing efforts from charities and countries long after the cameras have gone home and the suffering is out the spotlight. The countless amazing volunteers, charities and government support are still at work assisting the affected areas months and often years after the disaster. Their help provides crucial long term aid for the affected countries and together they help rebuild and develop the affected area and population, helping with ongoing structural issues and building resilient communities to provide a crucial sustainable livelihood.

In 2015 according to the global report, 66% of official humanitarian assistance from DAC Donors went to long term recipients, with the majority often going to the same countries year after year, due to recurrent or chronic crises.

A major natural disaster which held the world’s attention and received this humanitarian assistance was the 2004 Indian Ocean Tsunami. The support that rallied around the countries affected by this natural disaster was amazing, with help from local people to international organisations and charities who all helped to provide struggling areas with the long term aid that was crucial in allowing people to continue living their day to day lives. In the aftermath thousands of buildings were destroyed, with many of those buildings being schools local people decided to provide school kits which were designed to help students and teachers start learning and teaching again. This allowed for the children to stay in education at such a crucial time. In the long term, four years after the Indian Ocean tsunami many areas have now had schools, houses and roads rebuilt with the help of aid and NGOs Badan Rehabilitasi dan Rekonstruksi (BRR). This mammoth effort to rebuild the devastated areas also sparked a mini-boom in the construction industry, helping to regain their economies.

A local long term impact has also been in the protection and expansion of the mangrove tree forests. It was shown that mangroves and reefs acted as a form of natural defence against the tsunami, although they couldn’t stop it completely, it did absorb a lot of its energy. Since the tsunami many conservation groups have been helping to protect mangroves and replant vegetation in coastal areas.

Finally the Thai government also improved signage for evacuation routes and carried out more drills to prepare for future tsunami. International aid then implemented a tsunami early warning system, as prior to the 2004 tsunami the Indian Ocean did not have one. This now covers the whole Indian Ocean, that will hopefully give people vital warning in the future.

Our world is made up of so many amazing charities, which are made up of millions of incredible volunteers that have pledged their time and efforts into making people’s lives that bit better in their time of need and suffering.

One of the world’s biggest charities, Oxfam International has been a prominent force in providing countries with long term aid. Their aim it to strive to find solutions for poverty and make the world fairer. An example of their long term work, which is documented on their website focuses around the Ebola epidemic. The Ebola outbreak that swept across West Africa is the biggest ever reported, with more than 28,000 cases reported, creating a worldwide media frenzy documenting the affected and spreading areas.

Oxfam was already operating in some of the affected regions, and urgently scaled up its emergency programmes in response to the outbreak, helping over 1.3 million people, in Liberia, Sierra Leone and Mali. Their immediate response was to provide clean, safe water to health facilities and treatment centres, to ensure health workers were able to give those being treated for Ebola the best possible chance of survival.

The immediate Ebola crisis is now over. But the effects across the region have been huge – not only have communities been torn apart, but economies, at a local and a national level, have been badly affected.  Oxfam is one charity looking toward to how it can support economic recovery and the revitalisation of livelihoods. They want to support rural communities in restarting traditional income generating activities mostly through agriculture, but also by exploring how the communities can diversify their income stream.

Oxfam realised the devastation that Ebola left behind could not be ignored and have continued working in the affected countries for the long-haul. On a visit to Liberia Oxfam GB’s chief executive Mark Goldring said:

“The world cannot walk away now that, thankfully, cases of this deadly disease are dropping. Failure to help these countries after surviving Ebola will condemn them to a double-disaster. The world was late in waking up to the Ebola crisis; there can be no excuses for not helping to put these economies and lives back together.”

In light of Goldring’s inspiring words the volunteers of Oxfam continued their work by building relationships with medical partners and supporting government efforts, and assessing where they could add the most value and have the greatest impact. 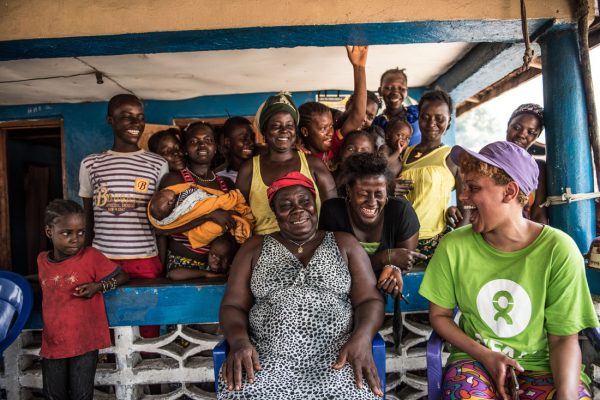 Beyond work in communities and health centres, Oxfam has also been providing water and sanitation facilities to schools, enabling classes to resume while protecting the health of students and staff. The facilities were supported by child-to-child training, which allowed children to take good health messages back to their peers and parents. This knowledge is valuable to all members of the community and has had a positive impact on reducing water-borne diseases in the wider community, preventing future water-borne disease outbreaks.

Throughout the response and the early recovery period, Oxfam noted that almost all community members were using infrastructure installed at health facilities and schools – putting them under greater strain than they were designed for, leaving health facilities and schools in a weakened state. Therefore Oxfam are working on reinstalling wash rooms. Conducting these together will not only meet immediate needs but also serve as a way of further supporting the sustainability of facilities in schools and health facilities, which were already very weak prior to the Ebola outbreak.

To ensure the right environment for these plans to be worked out, Oxfam is developing a strategy that will bridge the work done during the crisis to ongoing advocacy at a national and regional level. The leaders of Sierra Leone, Liberia and Guinea have stressed the importance of having a ‘home-grown’ recovery plan, focused on health, education, water and sanitation, which Oxfam is fully supporting.

Another inspiring international charity is the international federation of Red Cross and Red Crescent societies, who are the world’s largest humanitarian network reaching 150 million people in 189 national societies and have a volunteer network of 17 million. As well as providing emergency aid and long term aid they also take another approach to the long term prevention of suffering which is the idea of resilience. Resilience is the ability to prevent, withstand and recover from disasters and emergencies. The British Red Cross is building resilience across the world and in the UK, helping some of the world’s poorest and most vulnerable people.

They believe building resilience is just common sense. Believing people shouldn’t just sit around and wait for floods, fires or outbreaks of disease, that by taking action beforehand, the Red Cross can make sure the impact of risks and crises is drastically reduced. This idea has been part of their work for decades, and is more important than ever. Even simple steps can save lives and livelihoods, protect homes and put people on the path to a better future. Giving people the power to prevent and prepare is a great investment too. A little time and money spent now will often prevent the need to give much more when a crisis happens.

They’re working in cities and villages with people of all ages and backgrounds, as well as a host of organisations from community groups to governments in achieving their goal of creating more resilient countries.

“Thousands of people here in Nepal, from Red Cross volunteers to our partners in government, are working hard to make Kathmandu more resilient. For many people taking simple steps to prepare, such as identifying safe places to shelter or learning basic first aid could prove lifesaving.”

Sadly, even the most resilient people and communities will still be affected by crisis, as we are unable to physically stop nature when natural disasters strike, but resilience can save lives and make sure people are ready to rebuild after disasters and crises. Many people forget about the long term struggle countries, families and individuals have to go through after everything they once knew has been changed or wiped out from natural disasters. We acknowledge and praise the kindness of the volunteers we see on TV and hear on the radio for their bravery and selflessness, but we must not forget about all the incredible charities and people who have also dedicated their lives out of the spotlight to help rebuild countries in need. Our world is full of love and kindness which can override and help overcome even some of the biggest tragedies.