Over 200 Fatherless Brides get married with the help of businessman

Millions of marriages are performed each year around the world between two people who love each other. Unfortunately, however, there are some couples who simply can’t afford to get married, but for some of these couples this changed thanks to one man. A mass wedding has taken place in India, with a total of 236 fatherless brides getting married thanks to the help of business tycoon, Mahesh Savani. Thanks to the kindness and generosity of Mahesh these girls have been able to marry the ones the love. 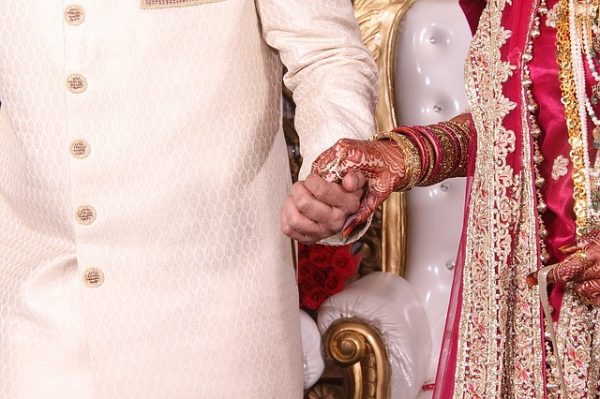 This tradition of the bride’s Father paying for the wedding and giving his daughter away is a Hindu one, called Kanyadaan. Due to the nature of this tradition in India, the father of the bride is usually expected to be the one to pay for the marriage, which puts the brides without fathers in a very hard position as a wedding is a very expensive event to pay for. Without the help of Mr Savani, many of the brides would have been deprived of this sacred tradition. Although not all the brides were Hindu’s, five of the brides were Muslims and one was Christian.

The huge wedding also included the weddings of two of Mr Savani’s own sons, making the event a real family affair and bringing the total couples married to 238! Mr Savani said that many of the brides from the wedding touchingly considered him to be “like a foster father” to them. The ceremony itself was huge as you can imagine, with thousands of wedding guest arriving as well as the couples themselves.

Mr Savani’s generosity towards the girls and their husbands didn’t end with just paying for the wedding however, as well as paying for the weddings he provided the couples with gifts of gold, sofas and beds showing that his generosity to the girls, shows no bounds. This isn’t the first time that the very generous man has helped brides in need he estimates that he has in fact helped over 700 couples get married, something that they previously may have been financially unable to do. Mr Savani says he started the practice in 2008, meaning that he averages helping just under 100 couples get married per year, an astonishing achievement. This wave of support for couple’s marriages started in 2008 when one of his employees died before his daughter’s wedding, which inspired him to help fatherless brides as much as he could. Mr Savani’s generosity is inspiring, and hopefully it will help all the couples live happy and long lives together!