Newbie Runner Does Walt Disney World Marathon on His Birthday

Running a marathon is a true watershed moment in anyone’s life, in Jesse’s case his first marathon experience was coupled with another great milestone for his volunteer work.

January 8th 2017: the day Jesse Reichenstein turned 23. On this same day he completed the world-famous Walt Disney World (WDW) marathon as part of his fundraising campaign for the NGO charity:water, which provides people in 24 different countries with access to clean water. 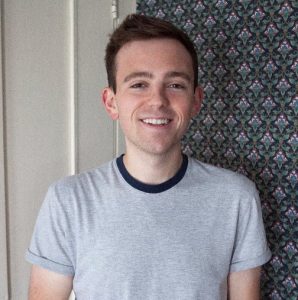 The soon to graduate college student launched his campaign for the charity with a goal of reaching US$ 700. On the donation page Jesse stated he is thankful for all the great things in his life, which too many of us take for granted. Jesse’s statement goes on to encourage people to reflect that a small donation of US$ 20 “could change someone’s life more than you could imagine”.

After reading an interview with the founder of charity:water, Scott Harrison, the then 20-year old Jesse had reached an inflection point in his life which prompted his humanitarian engagement. While looking for a marathon goal, the runner decided to combine his wish to run a campaign for raising awareness and funds with this major personal achievement. The 26.2 mile Walt Disney World marathon, happening on his birthday, seemed like the perfect fit.

Accompanied by his childhood friend and thousands of other participants Jesse completed a race track which covered all four Disney World theme parks and featured some Disney characters. The atmosphere of Disney’s 25th anniversary run helped the campaigner to take his mind of the strenuous 26.2 miles. Additionally, he stated that the “amazing” experience was “just another thing to remind me how fortunate I am for everything in my life”.

Charity:water publicized the campaign by letting Jesse document his experience on the NGO’s snapchat account. So far donations of US$ 569 have been raised, the equivalent of 18 people being provided with a life-long amount of clean water. The New York based charity:water supports community-owned clean water projects in 24 different countries across the globe. Some of the solutions the company has provided include constructions of wells, rainwater catchments, latrines and piped systems which deliver clean water to different communities.

Jesse has been a long supporter of charity:water, however for his latest campaign he had the chance to work and interact directly with people in charge of the NGO. “They inspire me to be more ambitious about making an impact and helping others in any way I can,” he said about the experience.

A newbie to running at age 20, Jesse, started his training for the WDW marathon back in June 2016. The biggest motivation for enduring 4 days of running and one day of cross training per week was Jesse’s end goal. “It was really amazing to realize that you’re capable of much more than you might think you are at the beginning.”