WE ARE BETTER TOGETHER

On January 27th, 2017 President Donald Trump signed an order halting all refugee admissions and temporarily barring people from seven Muslim-majority countries. This executive order brought a suspension of the US Refugee Admissions Programme for 120 days, and anyone arriving from these seven countries – Iraq, Syria, Iran, Libya, Somalia, Sudan, and Yemen – faces a 90-day visa suspension. The order also introduces a cap of 50,000 refugees to be accepted in 2017, against a limit of 110,000 set by former President Barack Obama.

Countries, global companies and millions of people have stood together to show they are against this ban and have shown their support through protests, acts of kindness and donations to the charities that are working tirelessly to stop this ban and help those in need. 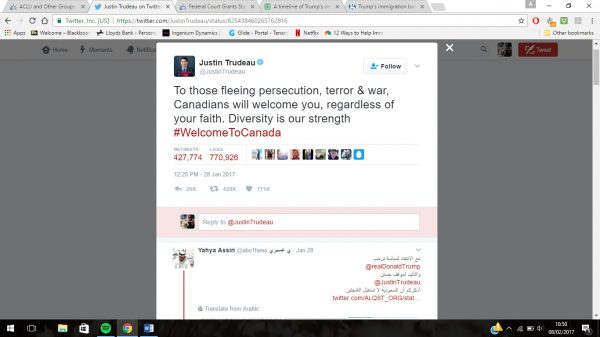 Brian Chesky, the CEO of Airbnb showed his company’s support and released a tweet offering free housing to refugees, or anyone else who needs it in the event they are denied the ability to board a US bound flight and are not in their country/city of residence. 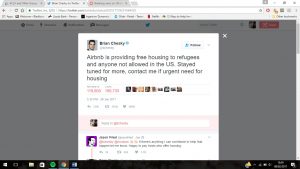 This vital help came after Trumps executive order left many people, including refugees stranded at airports. Airbnb launched a support page where people who want to help can list their homes under the heading ‘Help create a world where anyone can belong anywhere’.

The company have pledged to provide short term housing over the next 5 years for 100,00 people in need, allowing immigrants and refugees the immediate support, help and comfort all over the world. The support hasn’t stopped their as they company has also donated and is encouraging others to donate to large refugee and immigration charities, in order to provide long term help for those in need.

Airbnb are not the only global company that are showing their support, the large taxi firm Uber have created a $3 million legal defence fund. This has been set up to help their drivers with immigration issues. The CEO Travis Kalanick said the company will provide round the clock support for their drivers who are having trouble returning to the US, and will compensate them for their lost earnings.

Google has also set up a $2 million crisis fund for people affected by the ban and is encouraging their employees to match this donation. This money is going towards assisting the efforts of the American Civil Liberties Union (ACLU), the Immigration Legal Resource Centre, International Rescue Committee and the Mercy Corps.

The American Civil Liberties Union have been a driving force in resisting the immigration ban, and were first to file against Trump’s executive order. The ACLU filed a lawsuit on behalf of individuals that were subject to the ban, and being detained in airports. The charity were able to obtain a great win, when a federal judge granted the American Civil Liberties Union’s request for a nationwide temporary injunction that will block the deportation of all people stranded in U.S. airports under President Trump’s new Muslim ban. ACLU noted and showed thanks as they stated that they have received more than $24 million in donations from the public over the weekend that the ban was put in place. They have pledged to continue fighting this ban, to allow an equal world. 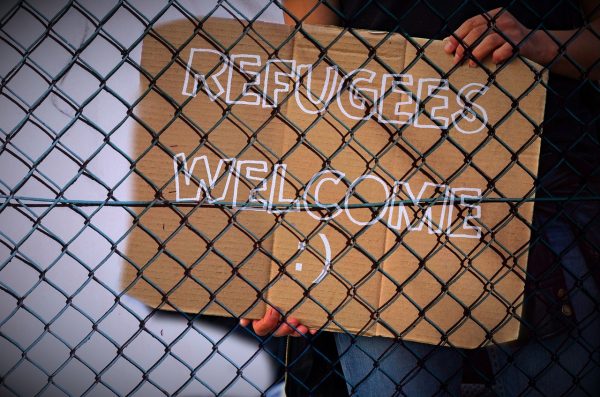 There are so many charities full of volunteers and workers that have been and continue to pledge their work to helping refugees and immigrants in their time of need. The International Refugee Assistance Project, is one of the first organizations to provide legal aid, representation, and policy advocacy on behalf of refugees who need resettlement. The organization puts together law students and lawyers to help develop legal rights and systemic advocacy for refugees.

The Council on American-Islamic Relations is the largest Muslim civil liberties organization in the country, dedicated to creating a better understanding of Islamic culture while helping to protect civil liberties and empower American Muslims. The civil rights advocacy group, has recently challenged President Trump’s ban and taken it to court.

There are also so many charities still working overseas at the centre of the refugee crisis to provide relief to thousands of the people in their time of need. The International Rescue Committee’s main mission is to meet with those who have recently fled Aleppo, Syria, due to the conditions of war and are working to make the near-by-town of Al Dana home. Al Dana is currently preparing for the influx of displaced people, who have been driven away from Aleppo and into the city. Donations to the IRC will go towards providing families who have escaped the city with necessities such as food, gas and emergency supplies like bedding, soap and towels.

Doctors Without Borders is another charity operating in the war inflicted areas, and is dedicated to providing vital medical assistance to war-torn countries such as Syria, which the population would otherwise struggle to get. The charity has spoken up about the ban and the damage it can do to the people they witness every day, as they try to escape the violence they are experiencing.

Mercy Corps are a large charity that have been forefront in providing refugee relief.  The charity are meeting the needs of 2.5 million people affected by the crisis inside Syria and in neighbouring host countries Jordan, Lebanon, and Iraq. They’re providing food, increasing access to clean water and giving young refugees safe spaces and activities to learn and heal.

The constant work, support and effort that has been shown by millions of people all over the world through protests, legal proceedings, donations and charity work has shown the world what we are cable of when we stand together. In a time when countries and people are trying to be divided, people have come together to show how love and kindness can override that.

Here are the sources to all the companies and charities mentioned throughout the article if anyone would like to research them further: