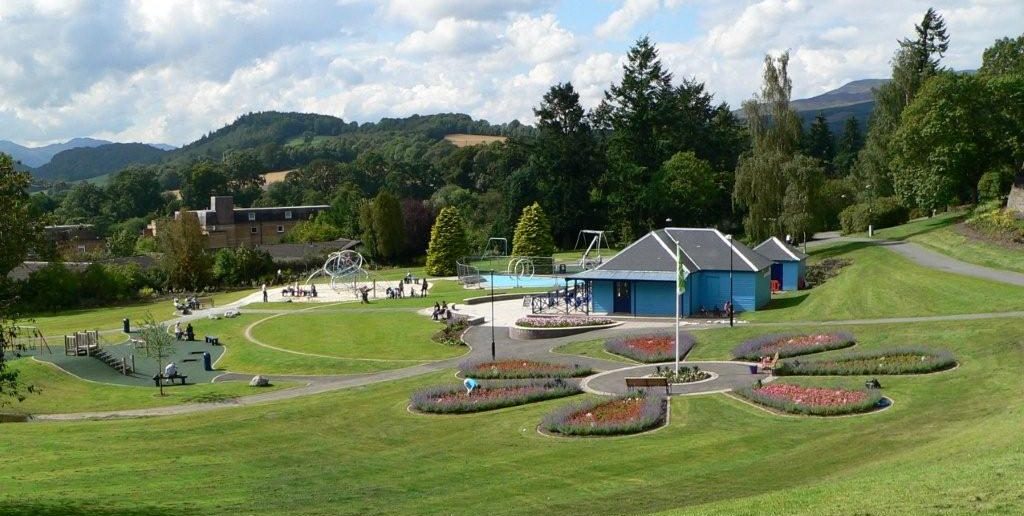 Local residents are feeling healthier, happier and are becoming more active thanks to the new park. Photo: Fields in Trust
Community Spirit

By Nisha Kotecha on February 21, 2017 0 Comments
Local residents are feeling healthier, happier and are becoming more active thanks to the new park. Photo: Fields in Trust

The creation of a new public park on derelict land in Newbold, Rugby has resulted in local residents feeling healthier, happier and becoming more active.

The findings in a report published by Fields in Trust come as Parliament’s Communities and Local Government Committee recommend the wider value of parks -beyond leisure and recreation- should be recognised.

As an advocate for parks, playing fields and recreation grounds, Fields in Trust has been calling for a re-valuing of greenspace to take account of the vital contribution they make to local communities and ensure they are safeguarded for the future.

The Fields in Trust report on Centenary Park shows that access to greenspace in local neighbourhoods makes a vital contribution to health and wellbeing of communities.

The research into Centenary Park, Rugby shows, in microcosm, the value that locally accessible green space has on communities. Since Centenary Park opened, three times as many people visit local parks daily than before; 60.2% visiting once a week or more.

Over 60% of park visitors reported feeling happier and better about themselves and half said they had significantly more access to nature as a result.

Crucially more than two-thirds of respondents said the most important reason for visiting the new park was for physical activity. This data reinforces the view that local green space is vitally important in meeting the government’s aim of creating a more active nation; an ambition which requires all kinds of formal and informal recreational space to be accessible.

The Centenary Park case study demonstrates that despite the lack of traditional formal sports facilities the majority of respondents cite physical activity as the primary reason for visiting.

Centenary Park is a former redundant allotment site that was transformed into a new park for local residents in Newbold-on-Avon, Rugby. The park, which opened in April 2016 is 2.7 hectares in area has a green outdoor gym, play area, multi-use games area, wildlife meadow, butterfly bank, and sensory garden.

The park has been awarded Green Flag status and is protected in perpetuity with Fields in Trust as part of the Centenary Fields initiative, commemorating those that served and fell in the First World War.

As the recently published housing White Paper has shown, there is pressure on land across the UK for housing and commercial development and existing planning legislation alone is not sufficient to prevent the loss of parks and playing fields. Land owners and local authorities like Rugby Borough Council have worked with Fields in Trust to independently secure their green spaces; ensuring accessible public recreational land is protected forever.

Fields in Trust welcome the CLG Committee recommendation that Councils should publish a strategy to demonstrate the value of parks – but without the protection of this land there is no guarantee that the contribution green spaces make to health and wellbeing can be sustained.

Centenary Park is making major contributions to local life as over 70% of users said they travelled less than a mile, illustrating increased access to green space for local people predominantly.

The proximity of the park to people in the local neighbourhood has increased park usage overall; prior to the park opening people were driving to the nearest park. Now more people are using local greenspace more often. People are also more likely to travel on foot – nearly two thirds (65.4%) said that they walked to the park compared to 44.4% who said that they walked to other parks before Centenary Park opened.

Although this research was on one particular park, some of the simple measures of impact and value used in this case study are easily replicable elsewhere.

Fields in Trust Chief Executive Helen Griffiths said, “Researching Centenary Park as a case study helps us understand the value that a local park can contribute to its neighbourhood. We can see how this new park has revitalised the local community, a contribution that is replicated through the thousands of parks playing fields and playgrounds across the UK. Fields in Trust believe we should re-value our green spaces as a resource which contributes to public health, mental wellbeing and community cohesion not simply viewing them as a drain on council finances for upkeep and so we welcome the Committee’s recognition of that fact. Now that this value is acknowledged it is important that local authorities are supported to ensure green spaces they are protected from development and maintained for public recreation for future generations.”

What’s your favourite park? How often do you visit? Let us know by writing in the comments section below.