In developing countries donkeys are often mistreated due their owner’s lack of knowledge of their needs. 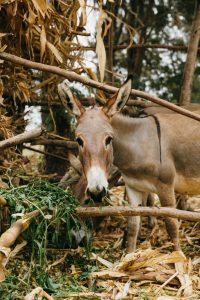 Children in Kenya have been learning how to care for donkeys. Photo: Freya Dowson – Brooke

Children are often the carers of their households working animals, so equine charity Brooke Action For Working Horses and Donkeys has been running clubs for school children to teach them how to care for their family’s donkey, and then pass their knowledge on to their parents.

“I was frightened of my donkeys (as a child) and I never fed them or watered them. But I’ve realised this animal isn’t a beast of burden but a beneficiary to the community. That’s why I wanted to start the club,” explained Monicah.

Since then, Monicah has been pivotal in the success of the club. When KENDAT and Monicah started the Donkey Care Club in 2008, there were 15 pupils enrolled. Now the club has reached its capacity of 45 pupils, and there is a waiting list!

The Donkey Care Club meets twice a week for just over an hour. The school has provided them with a permanent classroom and has added the care club in to the schedule.

“The school is really supportive because they know the value of the work we’re doing,” says Monicah. 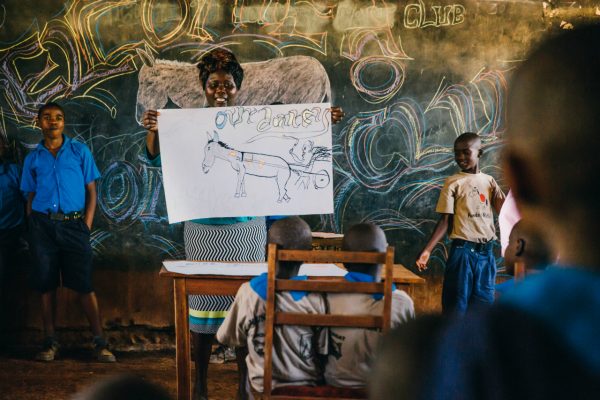 Art is used to teach children how to look after donkeys. Photo: Freya Dowson – Brooke

The fruit and vegetables grown – bananas, pumpkins, peppers, and cabbages – are used at the school, sold to parents and also distributed to the less fortunate pupils.

One of the successes of Brooke’s Donkey Care Club initiative is that the children become advocates for donkey welfare, spreading the welfare messages to their families and the wider communities.

Monicah explains, “When I started the Donkey Care Club I was fearing whether parents would allow their children to be in the club because they think donkeys are beasts of burdens so you aren’t supposed to be associated with the donkey. But when we started teaching them, they started changing their perception much more positively. The community started enjoying the work we’re doing, they have an open heart and embrace the change.

“Children are the voice. The children are the ambassadors for the donkey. Their voice is very strong within the community. Their message can filter to their families and go to some many people in their communities.” 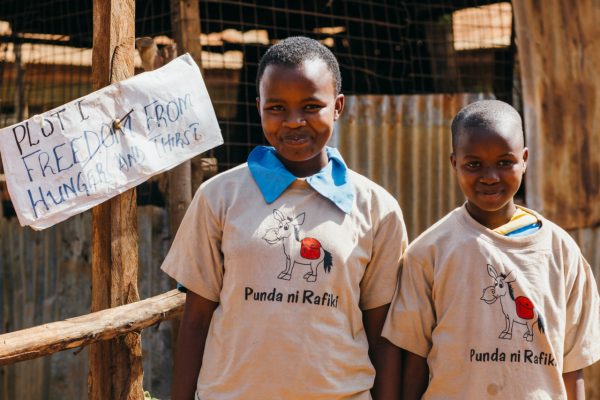 Monicah and Brooke East Africa believe that DCC is leading to an improvement in donkey welfare in Mwea. And it’s not just the donkey’s that benefit- the children involved gain a lot too, with an increase in confidence, and improved performance academically through essay writing and art being seen in the children taking part.

While Monicah has many hopes for the future- from getting pipes to pump water from the river to making the classrooms less dusty and also being able to give more children the opportunity to attend DCC, she is happy with the progress they are making.

“I’m proud of what we’ve achieved. The message is not for the children alone and I know it will get to their parents.”