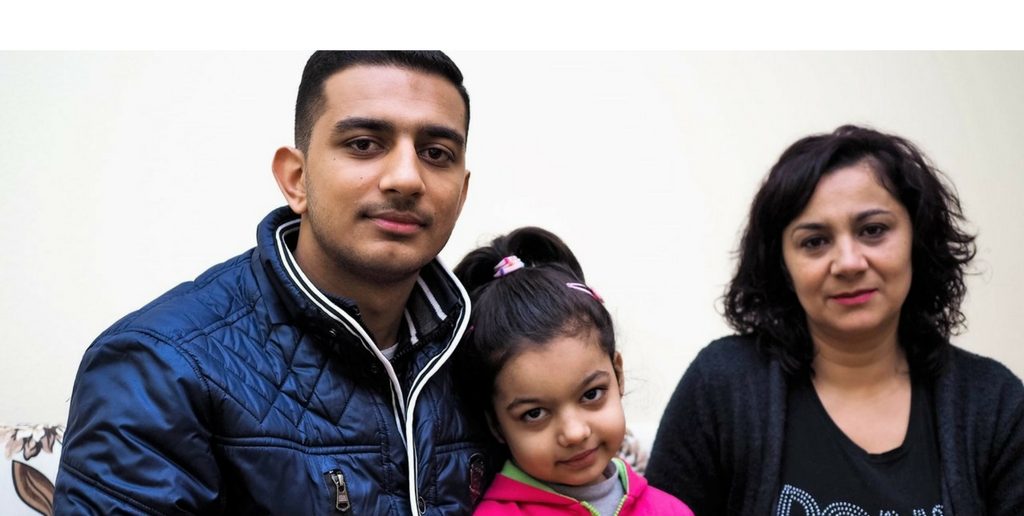 Arjeta and her children in their new home
Transforming Lives

Break the Silence, No Violence: Campaign Educating Women on Their Rights

By Nisha Kotecha on March 8, 2017 0 Comments
Arjeta and her children in their new home

Elira is a single mother who risked being ostracised by her family and community to divorce her abusive husband. Elira’s daughter has developmental issues and struggles to speak due to the abuse experienced in her early years.

“I want to share my experience because I don’t think Albanian women should accept domestic violence. My husband drank heavily and was aggressive. Even his mother, who was living with us, left because it got so bad. When he beat me, I felt terrible. I didn’t feel like a human being. When he had finished he would sit down and watch TV as though nothing had happened,” says Elira.

She continues, “One time he was killing me with a blanket, but my youngest daughter began to cry and he stopped. I used that moment to get out and run to the police station. I left him for a couple of months, but I went back for my children’s sake. Eventually, I got a divorce, even though my family didn’t want me to.”

Mission Without Borders (MWB), a UK charity working in the poorest countries in Europe, is supporting women experiencing domestic violence and survivors of abuse to live safe and fulfilling lives.

The charity is supporting Elira and her children through their family support programme, which helps families enhance their wellbeing and build a stable future. Mission Without Borders is helping Elira develop her skills as a tailor so she can earn an income and provide for her family in the long-term. The charity’s family support programme provides a lifeline to domestic violence survivors like Elira.

According to a UNDP survey, 59% of Albanian women stated they had experienced domestic violence while 53% reported they currently face violence in the home.

Mission Without Borders partners with local NGOs to deliver campaigns such as ‘Break the Silence, No Violence’, which aims to educate women about their rights and equip them with tools to deal with violence and seek help.

Another woman who has been helped by the family support programme is Arjeta, who was studying when her father forced her to marry a stranger.

“I grew up in a normal home with five sisters. I didn’t get to finish my education, but I wanted to become a teacher. One day my father was sat in our house with a stranger. He asked me what I thought of him, I shrugged, and without choosing or having a say, that stranger became my husband and everything changed,” she says.

Two weeks into the marriage the violence began when Arjeta’s new husband sold her wedding rings to pay for his addictions to alcohol and gambling.

“He often threatened me with knives and I was beaten. I felt so afraid; I was always under pressure, and I lost a lot of weight. We had two children and this continued for 17 years,” Arjeta explains.

When Arjeta asked her husband for a divorce, he threw her and their children onto the street. A Mission Without Borders local team supported Arjeta and her children by providing the food, clothes and hygiene items they needed to get by, as well as emotional support and counselling to help them rebuild their lives after so many years of devastating physical and psychological abuse. The charity also provides Arjeta’s son with a financial scholarship to study at university – he plans to work in law enforcement to support others living with domestic violence.

Stories like Elira and Arjeta’s are heard daily by the Mission Without Borders coordinators in Albania. With 1 in 10 Albanian children married before reaching adulthood, and Albanians girls and women among those most at risk of human trafficking, the charity is putting gender justice on its agenda. Click here to find out more.