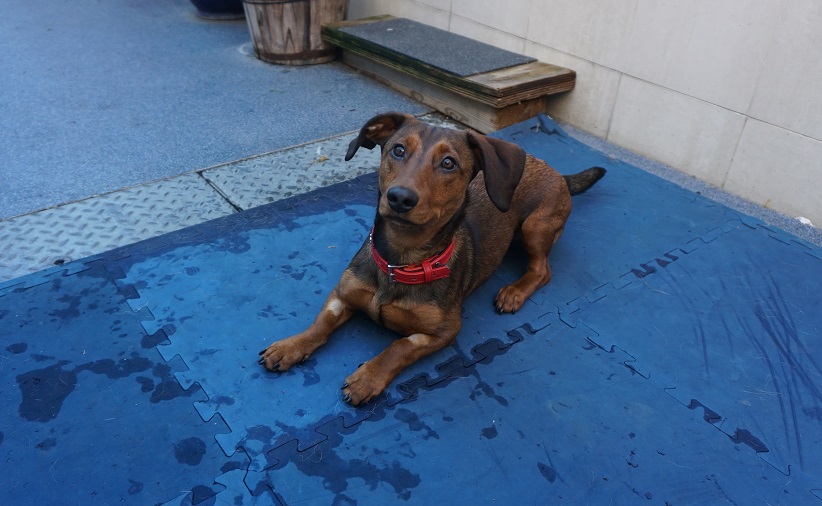 An adorable dachshund who was born completely deaf has now found his perfect forever home. 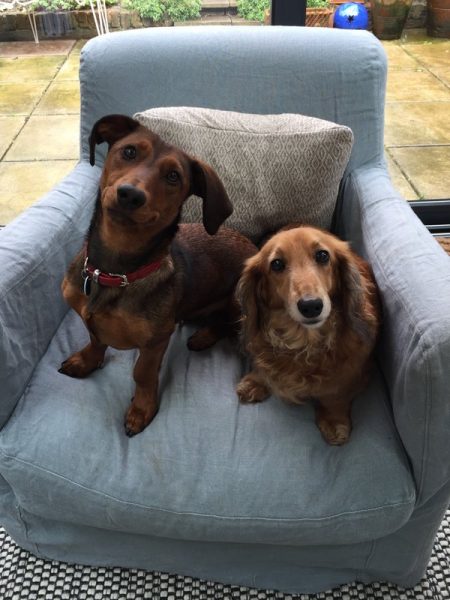 Bob, left, has settled nicely into his new home with Cyril

The ten-month-old, named Bob, first arrived at The Mayhew Animal Home after his previous owners sadly could no longer look after him anymore. They had originally brought Bob and his brother back from Hungary, but shortly after he arrived in the UK they decided to give him up for adoption.

The owners had started off with good intentions, however they had Bob’s brother to look after and they were worried that they would not be able to cope with both of them. The owners thought that because Bob was deaf, they would need to dedicate more time to looking after him, so in the end they decided to rehome him.

When he first arrived, The Mayhew Animal Home Vet Team quickly discovered that it seemed there was more going on with Bob than just being deaf.

Dr. Emily Richardson BSC MRCVS, said, “When Bob first came in, he had a lack of appetite, diarrhoea, vomiting and displayed neurological signs such as circling, falling over and balance problems.”

“We took bloods and a faecal sample to test for underlying health problems and to check for infectious agents, which can sometimes cause neurological and gastrointestinal signs in non-vaccinated dogs, but the tests came back negative.”

“Bob was then wormed and we gave him a course of antibiotics to rule out toxoplasma infection in the central nervous system and middle ear infection.”

Thankfully Bob’s neurological signs improved, he was then neutered and was soon back to his bright, happy, and playful self in no time.

The Mayhew Animal Home’s staff quickly fell in love with Bob and have gone the extra mile, spending hours teaching him sign language, how to walk on a lead, toilet training and urging him to use his other senses to compensate for his lack of hearing. They wanted to equip him with new ways of communicating with people so he wouldn’t be left behind.

The gorgeous and affectionate sausage dog has so much character and loves to play with his toys. He enjoys being showered with love and attention and receiving cuddles.

As soon as he was showing off his playful nature, Bob found a home straight away. 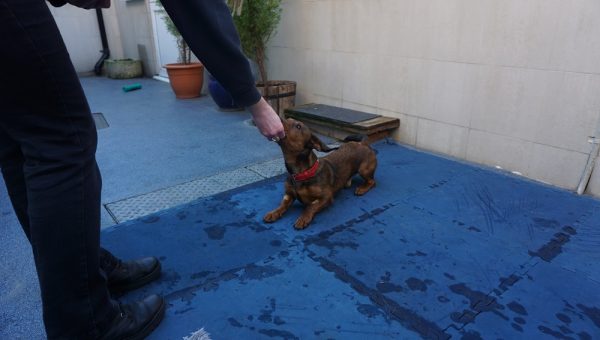 Dog Adoption Officer, Lisa Guiney, said, “Bob is a lovely comical little boy, who is so confident and doesn’t let his deafness get in the way.”

“He has quickly picked up lots of commands like sit, stay, down, come and a few tricks too by body language, hand signals and reading faces. He compensates for his lack of hearing with his huge personality. Rehoming a deaf dog like Bob can be an incredibly rewarding experience and we are so glad to find someone who understands his needs and can give him the attention and care that he requires.”

Bob has settled in to his forever home really well and is enjoying his new life in his loving home.

His new owner, Amy, said, “Bob is completely unique and we love him. He has been quick to settle in and get to know our eight-year-old dachshund, Cyril. He impresses every human that we meet with his tricks and his good behaviour in the park. And he enjoys a good race around with playful dogs. Bob’s eccentricities just make him all the more lovable.”