Sufferers of Rare Genetic Diseases Finally Given a Hope of Diagnosis

Imagine yourself suffering from chronic pains and not receiving any answers as to what the issue is or how to treat it. This situation of helplessness and frustration is the case for over 300 million people worldwide who suffer from rare genetic diseases.

The VanBrocklin family, who struggled to get a diagnosis for their two children, Jasmine and Ronin, are part of the statistic of 1 in 10 Americans suffering from these diseases. The two VanBrocklin children have experienced a myriad of health problems including chronic joint pains, fatigue and developmental differences.

‘Having no diagnosis makes it impossible to get services,’ explains Mrs. Geddes of Wisconsin Medical College. This, coupled with high costs, becomes a burden that families have to carry entirely by themselves. Additionally, rare disease patients battle against very disheartening odds, with 35% of those affected not surviving long enough to blow out their first birthday candle.

‘The most difficult aspect of going through all this was not knowing,’ remarks Jasmine and Ronin’s mother. 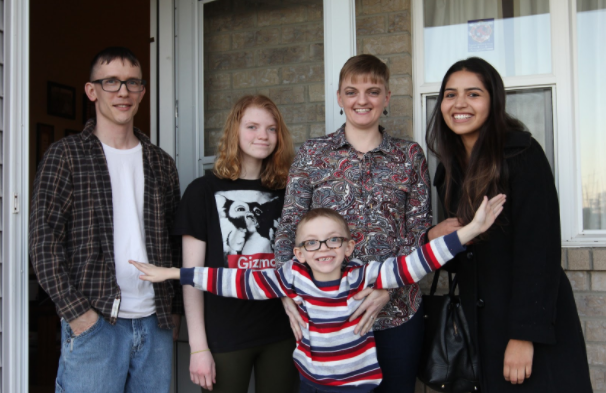 It was a case exactly like the VanBrocklin’s that inspired Jimmy Lin and others to found the Rare Genomics Institute, dedicated to helping patients with no diagnosis. After applying to the Institute, the VanBrocklins were accepted into a new programme, called iHope, which works in cooperation with the lab Illumina.

Through this opportunity, the family received free whole genome sequencing which allows for doctors to analyse the individual make up of each child’s genes and any variations. This personalized research project provides the best chance at diagnosis than any other medical tests. Overall, only a ⅓ to ¼ of patients remain without a diagnosis following the Institutes genetic testing.

Both Jasmine and her younger brother received conclusive results following the Rare Genomics Institute’s tests. From this point onwards the family was no longer left in the dark and the VanBrocklins finally received the best suited treatments for both children.

According to Jimmy Lin of Rare Genomics Institute, the complicated process behind this medical success story and others alike is becoming easier to grapple with as technology is advancing. In his Ted Talk the paediatrician explains that the institute’s methods are constantly advancing. The Rare Genomics Institute is a non-profit organization and since 2016 the institute introduced the iHope programme which lifts all costs from patients. The VanBrocklin’s, being one example of this charitable new initiative, received the institute’s tremendous help for free.

Even though there are millions of people affected by rare genetic diseases, patients can often feel lonely and isolated. In order to address this the Rare Genomics Institute also set up an online community portal in 2008, called Rareshare, to provide a sense of community for those suffering from such complex diseases.

Living with an undiagnosed illness causes many economical and emotional burdens. Therefore, it is important to build a support network and greater awareness for patients who are affected by undiagnosed diseases. Sharing stories like the VanBrocklin’s medical success gives the other millions of patients, who still go through life without knowing what their sickness is, great hope.