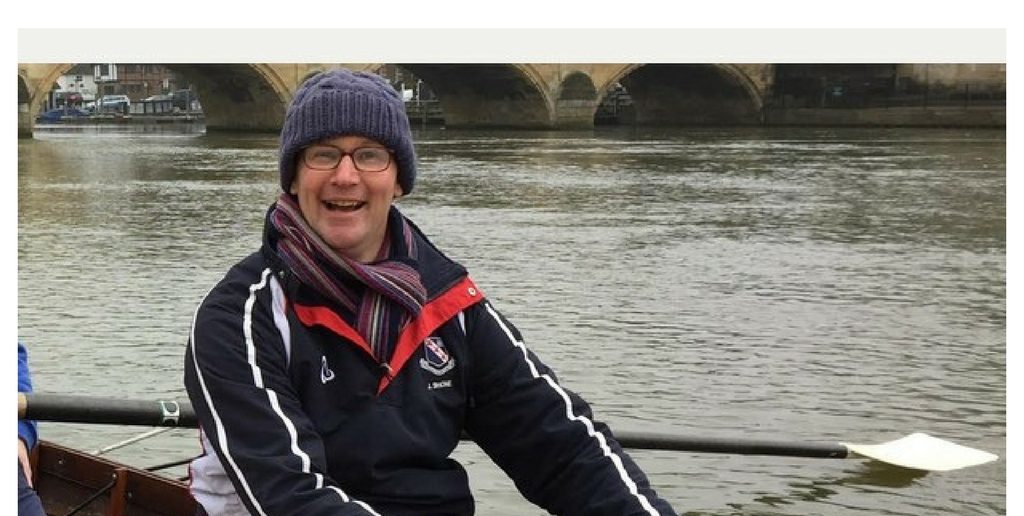 A Brain Tumour Stopped James From Becoming a Headmaster, But Not From Inspiring Young People

James Shone, a partially blind former school teacher and house parent at Monkton Combe School, Bath, is currently training for the Thames Challenge 2017, rowing 128 miles of the River Thames next month in aid of his charity ‘I Can and I Am.’

As part of a routine medical assessment prior to James’ appointment as Headmaster at Monkton Prep School, it was discovered that he had a brain tumour. After two operations and more than 11 weeks in hospital, his brain tumour was successfully removed, however this was at the expense of almost all of James’ sight.

However, despite the tumour resulting in James having to give up his dream job as headmaster and leaving him almost blind, he decided to use his setbacks to inspire others to thrive. He says about his experience,

‘Physically I was battling, but my mind and heart felt the same. It cut me open at the core. In a funny way going through such a brutal experience almost refined my desire and passion to tell people they’ve got what it takes.’

James decided to set up the charity ‘I Can and I Am’ which works to counter the growing trends of anxiety and depression within schools, churches, charities and businesses, and spread the message of self-belief and self-love instead. Already, since the charity was created in 2013, James has visited hundreds of schools and other institutions sharing his story and inspiring people to love themselves in order to be the best that they can be.

His latest challenge, The Thames Challenge 2017, will consist of James rowing for 6 days, covering the distance from Lechlade to Teddington. James hopes to raise £50,000, with the money going towards supporting one to one mentoring schemes between teachers and their students, so that teachers too can play an integral part in encouraging self-confidence amongst their students.

James says about the scheme, ‘We will focus on giving young people the tools to build belief in themselves and to develop the ability to deal with setbacks. I’m incredibly proud of all we have achieved so far for young people in the UK and I can’t wait to get started on the next stage of our journey.’

For more information on the charity and James’ story, please click here.