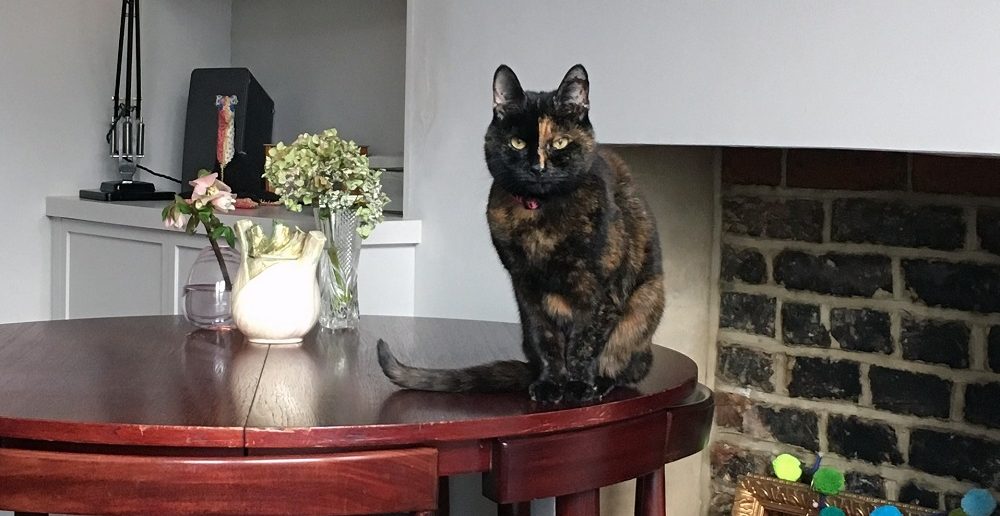 An elderly rescue cat who waited nearly two years to be adopted has finally found a forever home to spend her twilight years in.

Beautiful 13-year-old tortoiseshell Rosie first arrived at The Mayhew Animal Home way back in May 2015 after her previous owner sadly became too ill to care for her.

Heartbreakingly, as the weeks, months and even years began to pass, Rosie continued to patiently wait for someone to give her a last chance at happiness, and The Mayhew’s Cattery Team began to worry if anyone would ever adopt her. 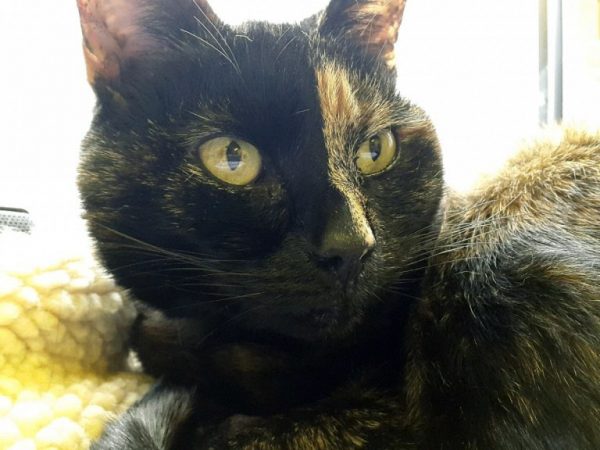 Rosie had to wait a long time for a new home- roughly 7 cat years!

The team suspected that the reason Rosie was taking so long to find a home, was purely down to her age. It can be common for older cats to be overlooked in favour of the younger felines, as unfortunately most people tend to gravitate towards the bouncy, big-eyed kittens.

The Mayhew’s Cat Welfare Coordinator, Georgina Disney, said: “Rosie is a loving, gentle and affectionate girl – she is quite literally one of the sweetest cats we’ve ever had at our Home.”

“We believe that the only reason why it took so long for Rosie to find a home, was because of her age. We introduced her to a few people but no one showed any real interest and our hearts went out to poor Rosie that it was taking so long for someone to adopt her.”

“Sadly we find that older cats like Rosie can take longer to find homes, despite making ideal pets. Adopting a golden oldie can be extremely rewarding; older pets are often more settled in their character, and are calmer, cleaner and much, much less likely to scratch up your best furniture and climb up your favourite curtains. Plus, for the older cats like Rosie, it can sometimes be their last chance to enjoy the warmth, comfort and love of a forever home.”

Finally though, on the 6th February 2017, after spending a whopping 21 months in The Mayhew’s care, Rosie’s dream came true, and she landed herself a loving forever home. Having spent just under two years – that’s roughly seven cat years – waiting, Mayhew staff were over the moon that Rosie had finally found a home. 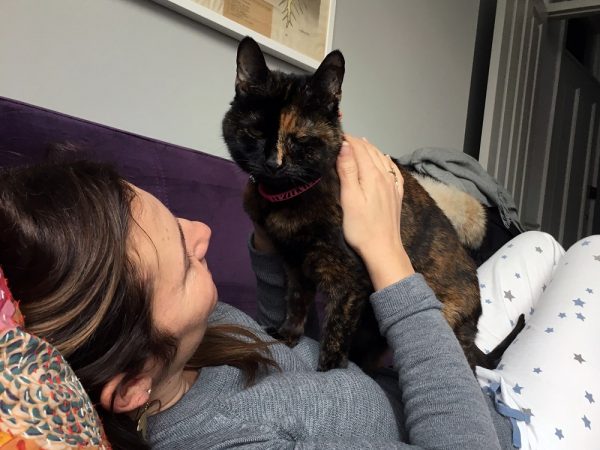 Rosie in her new home

The Mayhew’s Cat Adoption Officer, Matthew Pearson, said: “We were so happy that someone finally came forward to adopt Rosie, after she waited for so long. She truly deserves a safe and comfortable place to spend her twilight years in.”

“Rosie’s owner is just perfect for her and we know they’re going to be very happy together. We encourage more people to adopt a senior pet like Rosie, as you could be giving them their last chance at happiness.”

Rosie has since settled in to her new home and although it took her a lot longer than most to be adopted – it was truly worth the wait, for both cat and owner.

Rosie’s new owner, Jo Binding, said: “Rosie has settled in very well. She is happy and content and loves coming to wake me up for cuddles in the morning. It’s like she’s always lived here!”