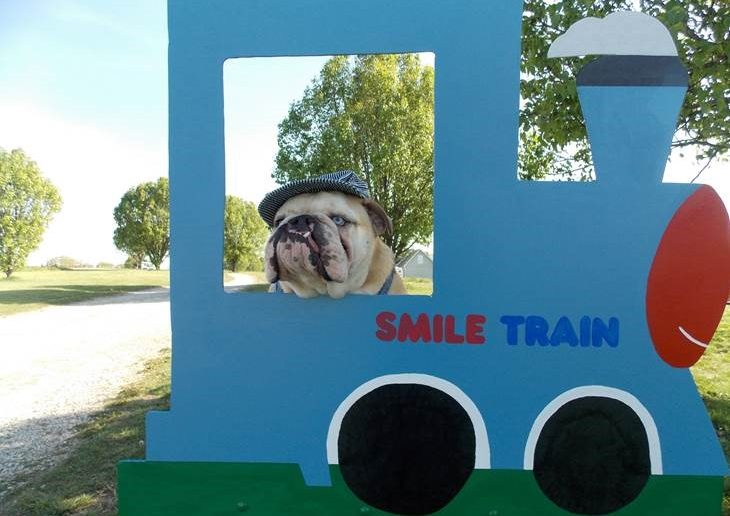 English Bulldog Stanley Shows the World That Being Different is OK

By Nisha Kotecha on April 17, 2017 0 Comments
Stanley in his Smile Train Kissing Booth

Meet Stanley, a lovely English Bulldog whose mission in life is to help others. 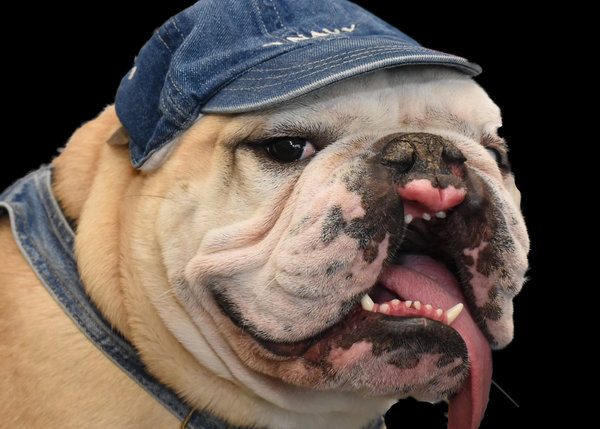 Stanley was born with a debilitating bilateral cleft lip and palate, and deformities in his back legs that – his owner was told – were not fixable.

Despite these medical challenges, Stanley happily spends his days focusing on helping other people. His main aim is to show children that it is OK to be different.

Stanley’s work to help children with cleft lips and palates 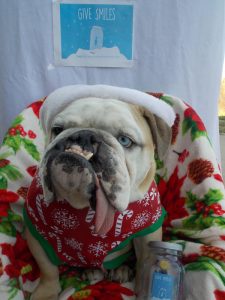 Stanley’s owner Deborah, a preschool teacher, decided to have his cleft palate repaired, but not his bilateral cleft lip to show children that it is okay to be different.

Since his palate surgery, Stanley and Deborah have used his platform to advocate for acceptance of children and animals born with disabilities, especially children with clefts.

To help empower children with cleft lips and palates to lead full, productive lives, Stanley visits schools around the Kansas City area to teach children about accepting others.

The inspiring Bulldog has also been involved in projects to raise money for Smile Train, the world’s largest cleft charity, to help children access the medical support they need for a cleft repair surgery. 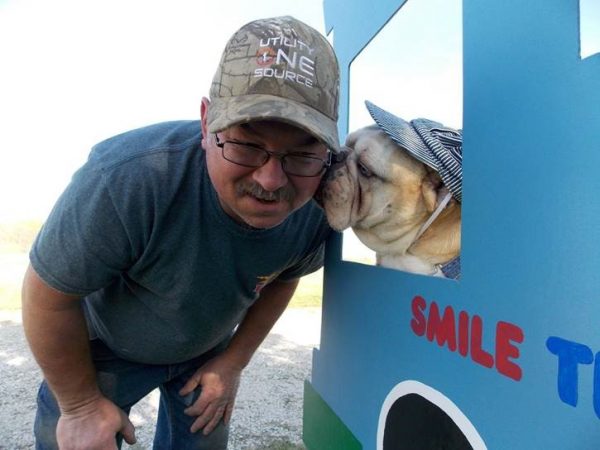 In September 2016, Stanley raised money for homeless people and brought awareness to the situation of how animals become homeless too when families lose their homes. 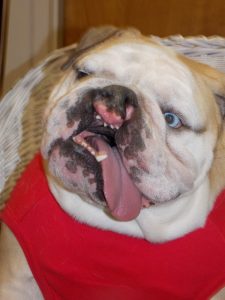 In March 2017, Stanley held an Anti Bullying Kids Carnival to help children understand about differences, and to raise money for Smile Train.

Through his own uniqueness, Stanley hoped to show that being different was ok and plant the seed of acceptance.

Stanley’s owner Deborah was told that her lovely dog would eventually need a wheelchair because of the deformities he was born with. Fortunately Surgeons at Blue Pearl were able to reconstruct Stanley’s legs in November 2016, and he learnt to rewalk with the help of therapy.

At Christmas time in 2016, Stanley walked to show his support to disabled children. “He did not walk for himself but for children like him, showing them he was there and he understood what they went through each day,” says Deborah.

His most recent project is focused on raising awareness about suicide. He is aiming to bring parents as much information as possible on warning signs to look out for, and Stanley is now on Lauryn’s Laws Suicide Pamphlets (Lauryn’s Law requires school counsellors in Maryland, USA to receive regular training so that they can recognise the signs of mental distress in adolescents). 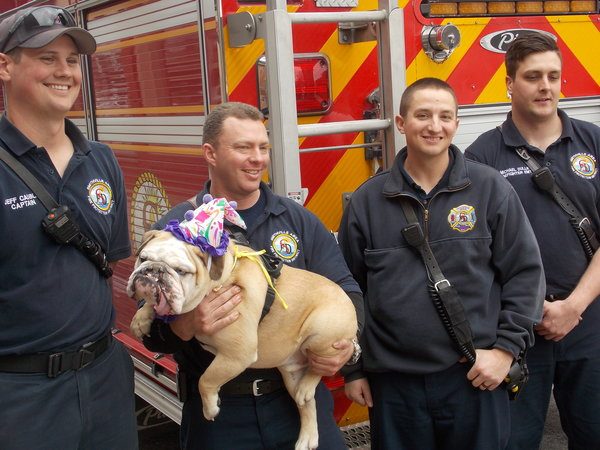 Stanley, works closely with the fire, police, ambulance, and sheriff departments, as well as the Mayors of each county he goes to, with each seeing the positive impact Stanley makes on children’s attitudes.