When watching or reading the news it can often feel like there is so much going on that we can do little about. Thankfully, that’s not the case.

Crowdfunding websites give us the chance to come together to collectively change people’s lives.

4,800 people did just that when they donated to a crowdfunding campaign to build a hospital.

Hope Hospital, which was crowdfunded by people from all over the world, is now open and treating the children of Aleppo.

Without those 4,800 people, children in Aleppo would still have difficulty getting the treatment they need. 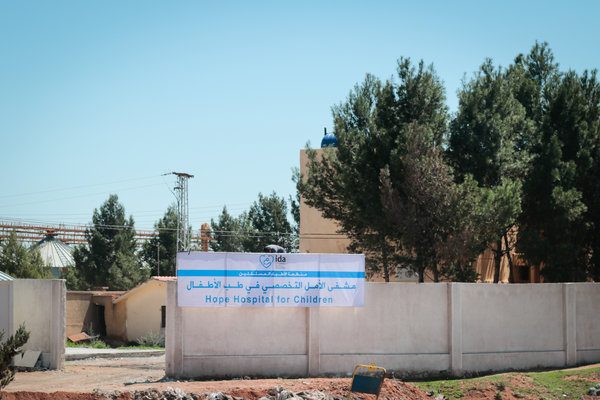 Last December CanDo spearheaded the People’s Convoy campaign, raising money to rebuild the last children’s hospital that had been bombed out of action in Aleppo.

The campaign resonated with public figures, humanitarian organisations and the public and resulted in a staggering £246,505 being raised – 270% of the fundraising target in just 14 days, which in addition to rebuilding the hospital, also provided enough funding for six months of running costs.

The People’s Convoy sent a strong message of solidarity to the Syrian doctors (the Independent Doctors Association) who were rebuilding this children’s hospital for the seventh time after the six previous buildings had been bombed out of action.

Inspired by the public display of generosity and solidarity the IDA decided to name the facility Hope Hospital.

Dr Hallam from The Independent Doctors Association (IDA) said “After evacuating from Aleppo our hearts ached, because we had been building the Children’s Hospital in Aleppo for two years and then lost everything. There was something in my heart that said we would have to give up and not work inside a children’s hospital again.”

“After we saw the People’s Convoy, something rebuilt within ourselves. The hope returned to me when I realised that there are people thinking about us and supporting us. It means all the people in the world aim to save children lives wherever they are and whoever they are. It means the world knew what we were doing inside Aleppo: serving the children, the civilians. So we began working hard to build the new children’s hospital (Hope Hospital). For us, it represents a new place where we can work and still imagine ourselves back in Aleppo.”

The hospital will serve Jarablus district (Northern Aleppo) community of 170,000, treating over 5,087 children each month – which is likely to grow as more communities become displaced from continued evacuations and news of the hospital spreads.