Baby Dominique, now 10 months old, was born with a parasitic conjoined twin. The bottom half of her twin’s not-fully-developed body, including waist, legs and feet protruded from Dominique’s neck and back until her risky but successful surgery last week. 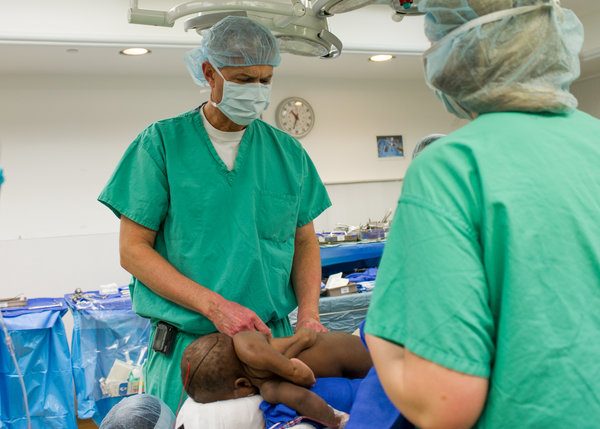 The surgery involved a team of more than 50 clinicians

A parasitic twin ceases to develop during gestation and, in this case, failed to separate from Dominique’s body. Because they were conjoined at the spine, the separation surgery was extremely complex.

But the surgery, performed by five surgeons and involving a team of over 50 clinicians, was necessary to give Dominique the chance to live a long and normal life.

Without separation, Dominique’s little heart and lungs would continue functioning for two people and thus, shorten her lifespan. The baby would also suffer from severe balance issues once older. 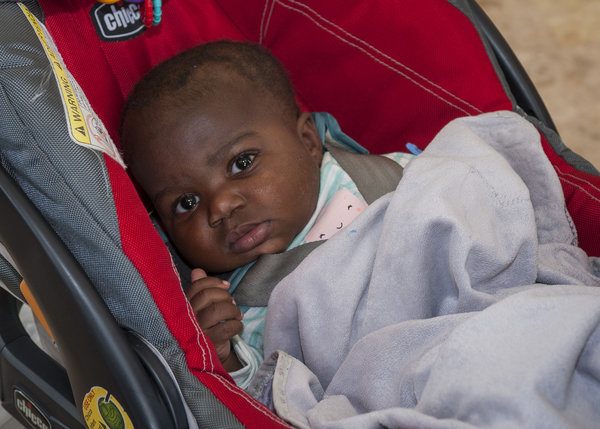 Dominique after her successful operation

From the Ivory Coast of Africa, Dominique travelled to the United States with support from Children’s Medical Mission West, an Ohio-based charity organisation.

Five surgeons, specializing in pediatric neurosurgery, plastic, orthopedic and general surgery, worked in collaboration for weeks before the surgery to prepare for Dominique’s arrival.

The surgery was a success and Dominique will return home in the coming weeks to reunite with her family.

Click here to watch a video on Dominique’s story.