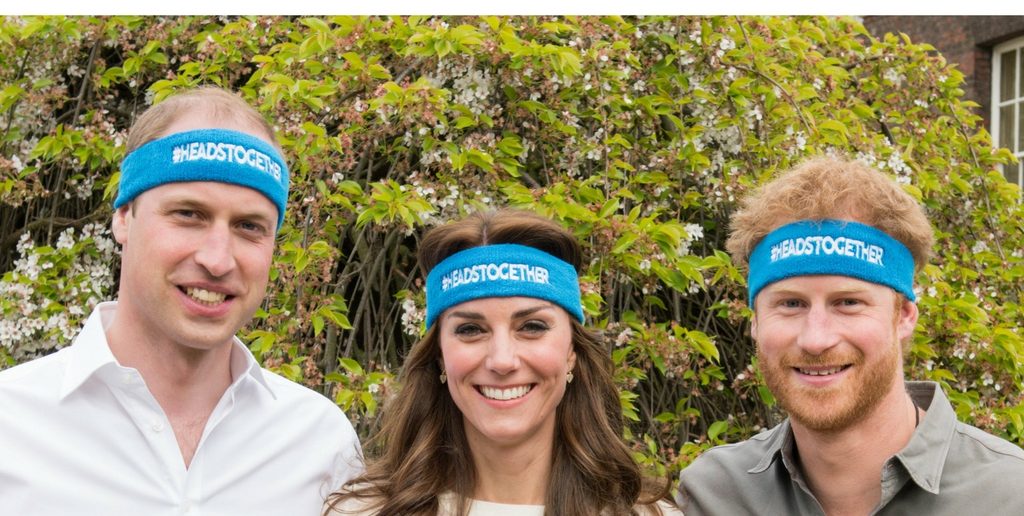 A Defining Moment for Mental Health

The Duke of Cambridge and Prince Harry, along with the Duchess of Cambridge, have spoken openly about how the loss of their mother at an early age affected their mental health. Click here to watch the film on the Royal Family Facebook page.

“This is a defining moment for mental health. To have the Duke of Cambridge and Prince Harry, along with the Duchess of Cambridge, speak openly about how the loss of their mother affected their mental health shows how far we’ve come in changing public attitudes and perceptions to mental health that someone so high-profile can open up about something so difficult and personal. We know that this has had a huge impact on people who are still struggling in silence with their mental health – every time someone in the public eye speaks up we know that it encourages members of the public to do the same,” Paul Farmer CBE, Chief Executive of Mind, said in response to the film.

“The fact that the Virgin Money London Marathon has chosen to put mental health at its heart for the first time shows what a turning point we are at. The Duke and Duchess of Cambridge and Prince Harry, who are spearheading the Heads Together campaign, have undoubtedly played a huge role in opening up the conversation around mental health and Mind is extremely proud to be one of its partner charities,” he continued.

Heads Together aims to change the national conversation on mental health from one of stigma and fear to one of support. The charity of the year for the 2017 Virgin Money London Marathon, Heads Together brings together inspirational charity partners that have achieved great progress in tackling stigma, raising awareness, and providing vital help for people with mental health problems.

Since Prince Harry spoke openly about his own mental health experiences, more people have been approaching Mind for support. Mind’s Infoline, which responds to queries from the public about mental health problems, received an increase in calls on Tuesday – an increase of 38 per cent than an average day – following the huge press attention about Prince Harry. A number of callers specifically mentioned the impact the royal family had on their decision to call, and said they felt it was important in helping to tackle stigma which sadly still surrounds mental health, which might otherwise prevent them for asking for support. In response to this Mind will be opening their Infoline this Sunday, marathon day, to be there for the one in four people who live with a mental health problem each year. This is the first time Mind have extended the Infoline hours to be open over a weekend.

Matt is one of the thousands of runners taking part in the London Marathon 2017. He said, “As a 32-year old man, I’m really bad at talking about feelings and the way I cope with my own emotions is by swallowing everything down. However, when my Dad opened up it really inspired me to be more open. I wanted to do the London Marathon for Heads Together and my own local Mind because I’ve realised how important it is to talk about mental health and wellbeing and also how vital it is for local mental health services in my area and the rest of the UK.”