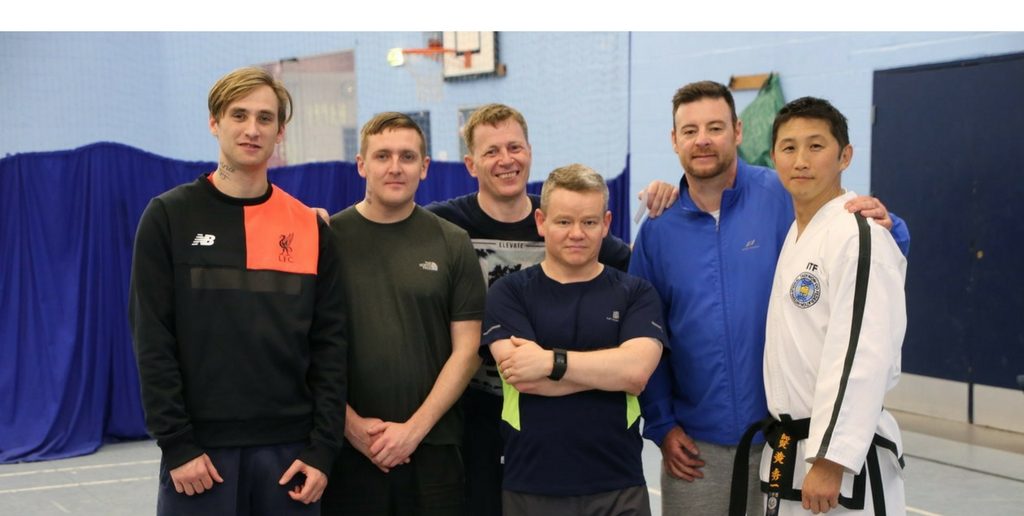 Following Prince Harry’s historic interview with Bryony Gordon, in which he bravely opened up about the mental health issues he faced following his mother’s death, a new initiative launched in Liverpool aimed at assisting army veterans overcome their own mental health issues.

Aside from many obvious physical benefits, Taekwondo also provides additional benefits for the participant’s mental health. There is great emphasis on respect – of oneself and for others – trust and communication and it helps to reinforce existing values of honesty, loyalty and collaboration. All of this is of particular help to veterans who are struggling to make the transition from military service to civilian life. 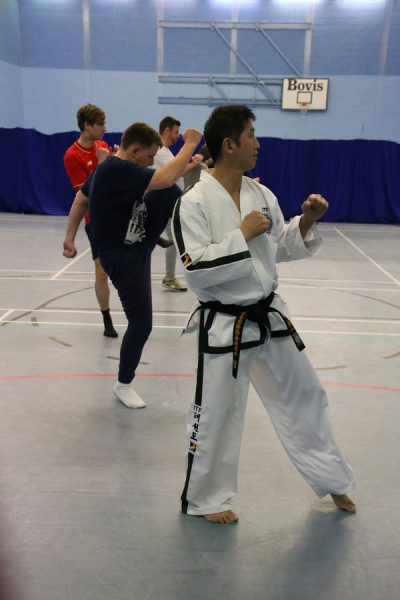 The residents of the veterans home Speke House, who are all aged between 16 and 60, took part in a Taekwondo class as part of a programme of activities aimed at supporting veterans from all the services in overcoming a series of mental health problems, including depression, alcohol and drug-related problems.

Both teachers gave a demonstration of their own unique skills, Hwang’s distinct style earnt himself iconic status within the gaming community, having provided the motion-capture for the popular Hwoarang character in the combat game, Tekken.

Explaining the significance the visit ahead of the championships, Master Clark said, “It is important for us at ITF England to support our veterans and we have had a long-established tie-in with the armed forces. Indeed, we are very grateful that they will be supporting us throughout the European ITF Taekwondo championships later this month. Thanks to the British Army we will have serving members of the forces providing medical support on a voluntary basis as well as providing chefs to the team.

“Today’s visit was arranged through our finance director, Mike Moran, who is a supporter of the work undertaken by Launchpad. Both myself and Hwang Su-il have enjoyed success in our careers and I think all the residents enjoyed hearing about the history of Taekwondo as well as taking part.”

David Shaw CBE, Chief Executive of award-winning charity Launchpad, who organised the initiative in collaboration with ITF England Taekwondo, thanked both Taekwondo experts for taking time out from their busy schedules, and said, “With Liverpool hosting this year’s European Championships it was a fantastic opportunity to hear both Masters speak of the dedication and sacrifice required to make it to the top of their sport, a philosophy that resonates with our servicemen and women.”