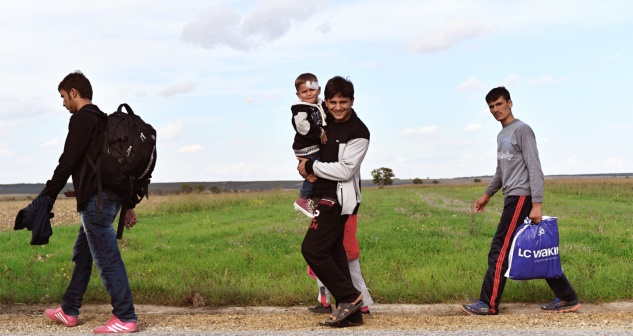 By Mark O'Loughlin on May 5, 2017 0 Comments
Photo: Odyssey Project

There are more refugees and displaced people now than at any other time on record (more than 65.3 million according to the UN Refugee Agency). Public and media discourse is often apathetic, misguided or even hostile with any media coverage focusing on the potential dangers of accepting refugees.

An attempt to challenge the hostile discourse surrounding migrants, the Odyssey Project, an offshoot of Refugee Aid Serbia (RAS), is a documentary following four humanitarian aid workers as they trace one of the main migration routes into Europe.

RAS began as a collaboration of concerned citizens, non-governmental organizations, charities, and local businesses carrying out essential aid delivery throughout Serbia in August 2015.

The Odyssey Project will be stopping off at key points and engaging local populations and the refugee community through workshops, discussions and performances at “Routes Festivals”, piloted on similar events that took place in Serbia.

Felix Thomson, Project Manager hopes that the Odyssey Project will help to challenge and change the public perception. “The media discourse is too often ignoring or demonising refugees and migrants. Our hope is to provide a platform for critical engagement on migration issues through our documentary and the cultural integration festivals. We want to humanise the refugee route, and make some noise to disrupt the current trend.”

They’ve launched a crowdfunding campaign to make this project a reality – you can view the trailer and learn more here, or check out their website. If you share their aims, please consider supporting.