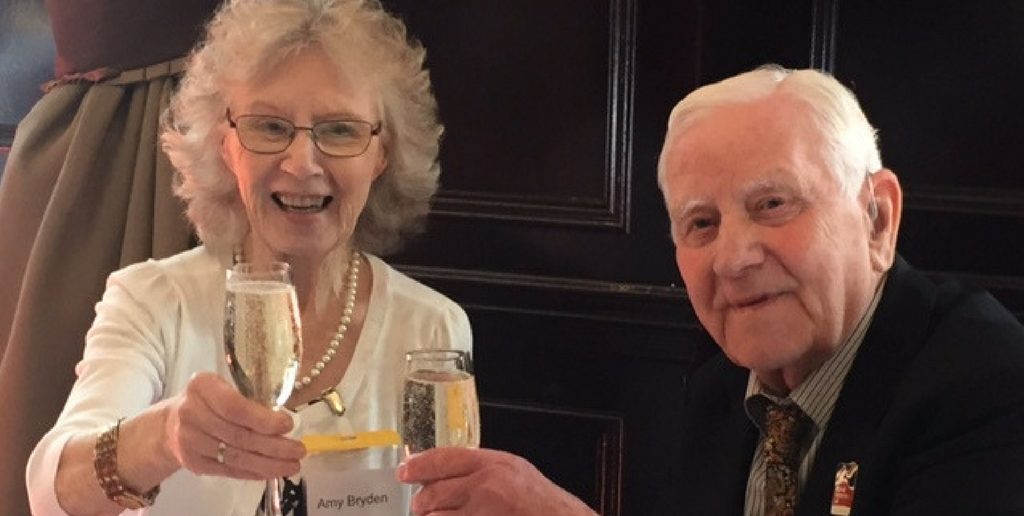 A couple from Tyne and Wear celebrated their 70th wedding anniversary at the end of April, and marked the occasion at a special lunch with a military charity that has supported them both. 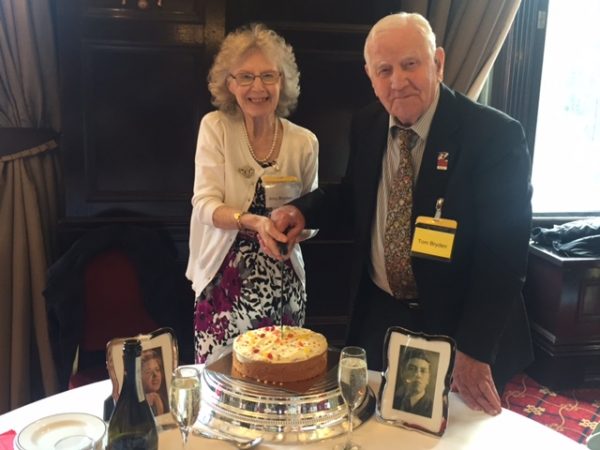 Tom, 88, and Amy, 86, were childhood sweethearts – first meeting when Tom bravely approached her in the shop where she was working. 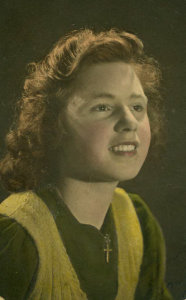 Amy Bryden met Tom when she was 14

Amy was 14 and Tom 16 when they met and they married two years later when he came home for two weeks from his National Service posting in Italy.

Tom, who was working in a factory with a by-product of small scraps of German silver before his National Service, used them to make an engagement ring, which Amy says she wore for 52 years until finally the band wore too thin and Tom replaced it with a platinum ring.

Remembering when they first met, Tom said, “My grandma had noticed Amy in the shop and suggested I talk to her. I went to have a look and several visits to the shop later I plucked up the courage to ask her out and the rest is history. She was so pretty and had gorgeous red hair.”

After returning to his National Service following their wedding, Tom was caught up in an explosion when the tank he was commanding in Suez hit a land mine in 1948.  He was seriously injured by flying shrapnel. 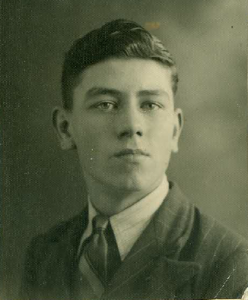 Tom Bryden returned to National Service after his wedding to Amy

Tom has been supported by Blind Veterans UK, the national charity for vision-impaired ex-Service men and women, since 2004. He lost his sight many years after his Service and suffers from macular degeneration, a leading cause of sight loss in older people.

The couple were toasted at the Blind Veterans UK lunch club in Newcastle and were presented with an anniversary cake and champagne.

Tom said, “As I had done National Service, I was advised by the doctor at Newcastle Hospital who registered me as blind to get in touch with Blind Veterans UK. I’m so glad he did!

“The support from the charity is first class and the training was out of this world. As well as providing very useful equipment, the charity provides comradeship which is very important to me. It has given me the ability to accept my sight loss and realise it is not the end of the world.”

The couple, who have three sons, six grandchildren and eight great-grandchildren also celebrated the anniversary with a meal with all their family and plan to visit a spa hotel in Scotland.