A Speke-based local hero has been praised for his bravery after coming to the rescue of a charity Support Worker during an attempted pickpocketing.

Andrew Harper, a Customer Service Advisor at B&Q, witnessed the incident between the culprit and John Duvall, a Support Worker who was supporting a gentleman with learning disabilities at the time. Without hesitation for his own safety, the quick-thinking employee gave chase after the wrongdoer when he ran away. 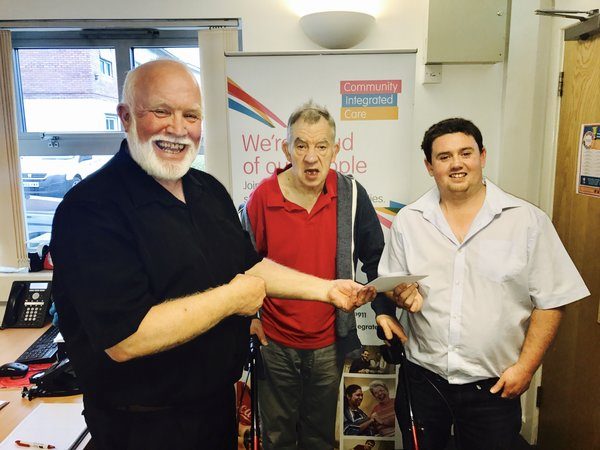 Community Integrated Care, the charity that John works for, were so grateful for Andrew’s bravery, they invited him to a special event at their Liverpool Office on Tuesday to personally say thank you.

Andrew  said, “I’m really touched that Community Integrated Care invited me to this event to say thank you. I didn’t really think anything of it at the time, but when I saw the guy trying to steal the money and then run off, my only thought was to try and help. I’m just sorry I couldn’t catch the thief.”