The Multiple System Atrophy Trust (MSA Trust) have opened a site in Sherwood Forest, Nottinghamshire, to cultivate an oak wood to mark the occasion of the Trust’s 20th anniversary. 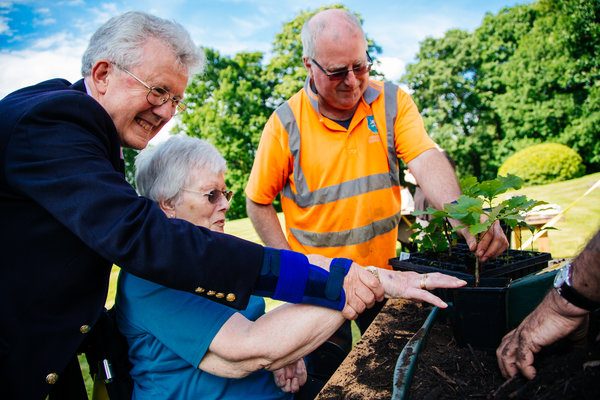 Everyone who joins the MSA Trust will be given the opportunity to have an oak tree planted in their name and as the oak trees grow, the forest will become a symbol of hope to those who live with this terrible condition and their families.

The Wood is named after the Trust’s founder, Sarah Matheson, who was diagnosed with the rare neurological condition MSA and had nowhere to turn to for support. Sarah’s brother, Hugh Matheson, has provided the two-hectare site.

Multiple system atrophy (MSA) is a rare neurological disease that leads to premature death. People with MSA often end up in need of full time care, doubly incontinent and in some cases unable to communicate, swallow or move.

The MSA Trust provides MSA Nurse Specialists, a Support Group network and an email and telephone support service – all free of charge. They also funds vital research to find the cause, and one day, cure for MSA. 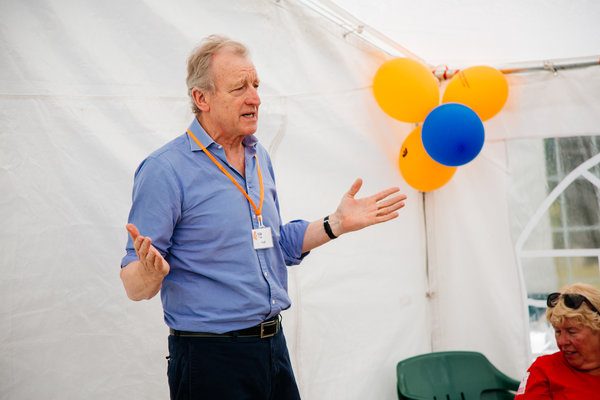 Hugh Matheson speaking to guests at the opening of ‘Sarah’s Wood’. Photo: www.photogenick.co.uk

Hugh said, “Hope has been the theme from the very start of the MSA Trust and the momentum of hope has led us to the idea that every person with MSA will be given the opportunity to have an oak sapling set aside in their name. We hope people with MSA, their families and friends will know that there is a place in the very middle of England where they are represented by a tree growing and thriving in a wood that will, in its maturity, merge and become one with the ancient oaks of Sherwood.”

Linda Nicolaides, whose husband passed away from MSA seven years ago, attended the opening of the Wood. She said, “I found the day humbling as I met many folk with the disease and their carers, who are doing a lot to promote awareness of MSA as well as fundraising activities and other voluntary work. I also found the day quite moving, especially when Hugh explained the reason he had been inspired to plant ‘Sarah’s Wood’. I potted an oak sapling and hope to be able to visit the Wood during the coming winter months.”