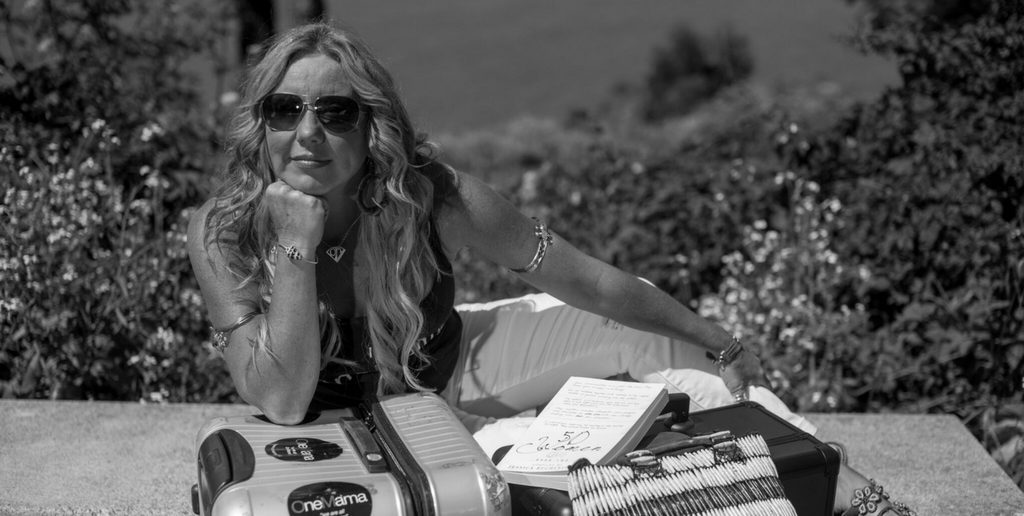 ‘Don’t give up, there IS a way to fight the war within yourself’ – Humanitarian Siobhan Neilland opens up about her battle with PTSD

7.8 % of Americans will experience Post Traumatic Stress Disorder (PTSD) at some point in their lives. But PTSD is not something we hear much about.

Siobhan Neilland has bravely opened up about her own long-running and ongoing battle with PTSD in a bid to help others. Her story, republished courtesy of Kindness and Hope, is below.

Siobhan’s PTSD stems from an unbelievably traumatic upbringing — she was born into her father’s cult.

“He was a sexual deviant often compared to the likes of Charles Manson,” she says. “My father was the founder of this bizarre experimental community that coerced and tortured hundreds of young girls and young women, including me, through narcosis and manipulation. He had complete control over the lives of everyone around him.”

Living commune style, without essential services such as electricity or running water, they lived off other people’s land.

“There, I was trained for abetting my father in his mission, which included a hotbed of manipulation, and corruption,” she recounts in her life story. “Forced into unimaginable situations much too adult for my young years, I was surviving by any means possible within this torturous lifestyle in which I was raised. Much of my abuse started from when I was born until I was ten.

“Eventually, the state of California intervened, taking me away due to overwhelming evidence of gross neglect, and physical and sexual abuse. At one point, I was even put into juvenile detention as the drugs my father made me take with adults around us, spiralled into an addiction of my own. When out of juvenile detention, I bounced through the system of foster care from foster home to foster home. However, even in the state’s custody I was not safe; shortly thereafter, my father kidnapped me twice upon his release from jail and prison. I was rescued and placed back into foster care, but not a year after that, I was kidnapped a third time by my mother, who planned for us to flee across the Mexican border to escape my father’s life threatening reign and the state of California’s broken system.”

Siobhan recalls the first time she realized she had PTSD, telling us: “When I first began the recovery process from addiction, I recognized that PTSD was something that was a huge part of the driving force behind my bad choices and addictions.”

At the time, she says, she felt “overwhelmed, and I felt like I may never have a normal life. ”

She explains: “I worked on many kinds of therapy and many years later I had real progress and began to have large times where I would seem in remission. Then something in life would inevitably activate it, like something that would trigger the memories, a sound, a smell , a voices or any kind of documentary on similar traumas.

“The last triggers in the last five years have been from a series of events starting with the death of my father and my story going public about the abuse and traumas I suffered.”

Siobhan says she copes with PTSD head-on by implementing a variety of strategies, designed to keep her mind and body healthy.

“I tackle it on a lot levels and with a lot of tools,” she says. “Taking care of my physical body with exercise, eating very healthy low sugar and carb diets with high vegetables intake. Going to lots of healing modalities to assist in getting trauma out of the body.

“For the mind – working with traditional therapies as well as alternative PTSD therapies that assist in working the emotions or memories and getting them unstuck and out of the body and mind.

“Spirit – working on spiritual practises like meditation and inspirational reading to retrain the mind and spirit to find JOY and hope instead of fear and death.”

Sharing her story as a motivational speaker, helps too — helping others, but also assisting in her own recovery.

“Now, with OneMama, I am doing what I wish someone would have done for me, which was fight for my JOY and the JOY for those around me!”

The biggest misconception surrounding PTSD, she believes is: “That it goes away from everyone after they have been treated for it. That only those in war have it and suffer its debilitating impact.”

And her advice for someone currently struggling with PTSD?

“Don’t believe your mind, believe your heart. Step back and look at all the symptoms of PTSD as one thing instead of feeling like you have 15 issues or problems like depression, anxiety attacks, dissociation etc,” she says. “This give you less of a victim feeling and more of a sense of ‘I can find solutions to this one issue that has lots of symptoms.’”

She continues: “There are more people than you’d think dealing with PTSD. It is important to ask those you care about, ‘What can I do to support you today?’”

“And at the end of the day, that’s really all we can do. Be supportive, be there, and do the next best thing to support those around us, regardless of their circumstances.”

Read more – plus other inspiring stories – at Kindness and Hope.