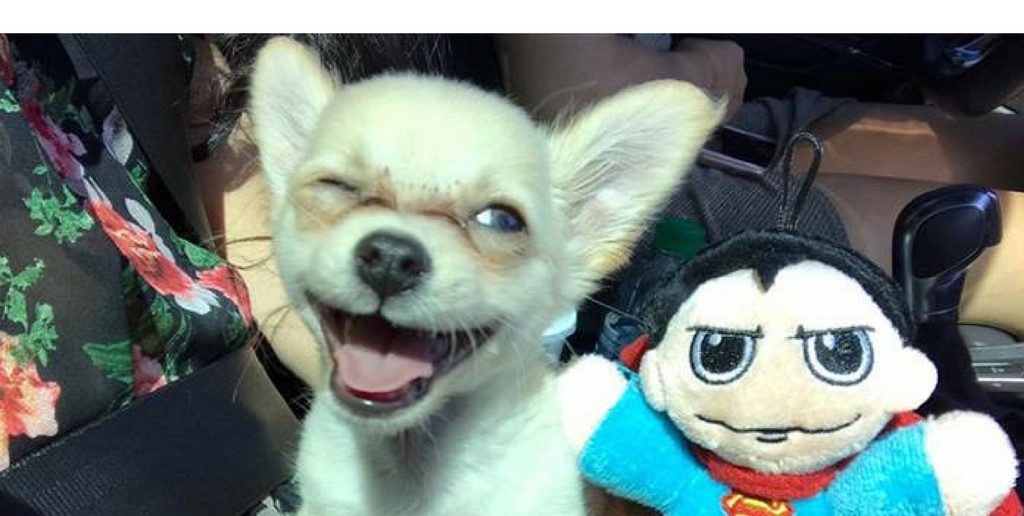 Recently, a 3-month-old puppy named Chewy was abandoned by his owner at an airport as she was fleeing an abusive relationship. A heart-wrenching note was left on the little dog, and his story made national news.

The story highlights how devastating abusive relationships can be for both humans and pets. The note explains that the owner didn’t want to get rid of her beloved pet, but she didn’t have a choice. She had to get herself and her furry friend to safety. 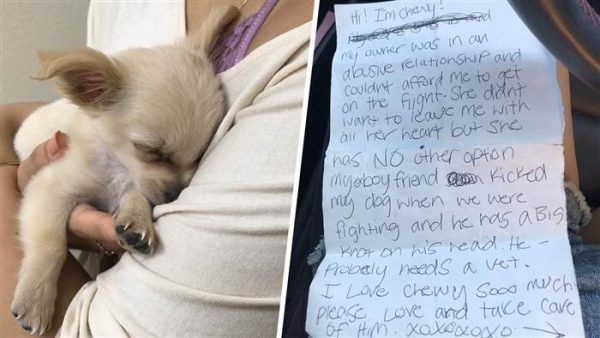 Unfortunately, Chewy was unable to go with his owner to the new destination. While it’s tragic the puppy was left in an airport bathroom, Chewy was found by kind, caring individuals and has received the care he needs. He was taken in by the Connor and Millie’s Dog Rescue. We can only hope his owner finds the same opportunities.

A Mountain of Adoption Requests 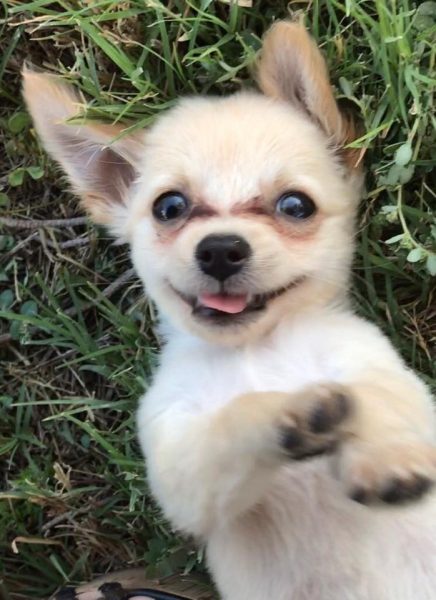 Since Chewy’s story hit the news, he has received a mountain of adoption requests. So many, in fact, that the rescue has had to stop taking applications so they can review the ones they have already received. They are keeping everyone updated on Chewy through their Facebook page.

What happened to Chewy is incredibly heartbreaking and sad, but it looks like the little puppy will get a happy ending. The forever family that is picked to keep Chewy will no doubt be incredibly loving and supportive — and that’s just what this dog needs.

If it hadn’t been for Connor and Millie’s Dog Rescue, there’s no telling what would have happened to sweet Chewy. Local shelters like these do what they can to help animals in need. There are a variety of shelters across the USA, from government-run operations to private operations, but their goal is the same: to save animals. You can also help by adopting animals from your local shelter or by becoming a volunteer.

The vast majority of rescues and shelters rely on volunteers to operate and serve animals. Most of them are no-kill shelters, which means that animals that are not adopted will not be euthanized. There are so many benefits to volunteering to work at an animal shelter, including lowering stress levels and your blood pressure by spending time with animals.

Even though Chewy is going to find his forever home, there are still many other dogs out there like him who need to be adopted and cared for. Every year, millions of healthy dogs and cats are euthanized because they can’t find a loving home.

Taking in a rescue animal is a commitment — just like caring for any other pet. However, some of these creatures have come from abusive homes and might have special needs. Talking to your animal rescue or shelter to find out what types of animals they have and whether or not they’ll fit with your family is the first step to finding the perfect pet for your home.

Chewy’s story began with tragedy and heartache, but it will no doubt end on a happy note. His story proves that despite misfortune, there is still a lot of good left in the world.

There are so many animals like Chewy that deserve the same compassion and sympathy. Talk to your local shelter to find out ways you can have a positive impact on an animal’s life.