Baking Regularly For More Than 3 Decades Has Helped This Woman Through a Bereavement, And Supported Others Too

Woking resident Elizabeth Wallace has been baking cakes for CAFOD, the official aid agency of the Catholic Church in England and Wales, every month since 1986, raising £35,000 over three decades.

Elizabeth began baking in 1986, two years after her mother died and shortly after the devastating
Ethiopian famine of 1984. A friend suggested that she do something to help recover from her own
loss while helping those in need overseas.

Elizabeth took her friends advice, and decided to set up a cake stall in her parish, Our Lady of Christ, Kingfield, after mass once a month, staying motivated by the enthusiasm of other parishioners. 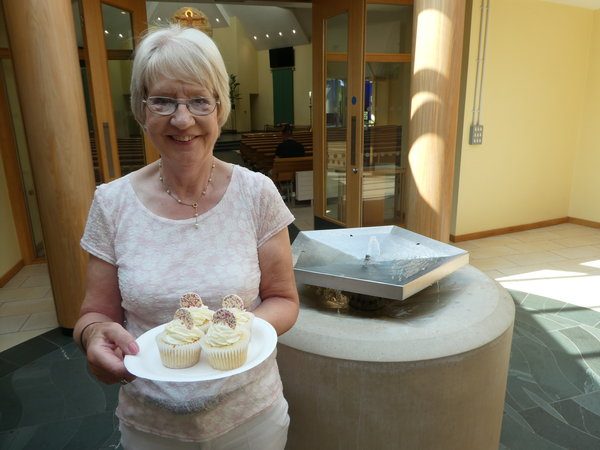 Elizabeth says, “The Bake Off hadn’t even started then. Mary Berry eat your heart out! One of the reasons I kept going was that it made other people join in, and there have been some amazing examples of generosity. There was one lady who died a couple of years ago who donated £20 every month!”

When she moved to St. Dunstan’s, Woking, Elizabeth continued her initiative. Elizabeth says, “You don’t stop. The world is still in need and we can’t just be reactive to big crises, we have to take the initiative too. And you can’t just walk away, because you feel you’re betraying the people you’re supporting. These aren’t just people on pieces of paper, these are people who you’re praying for.”

Although Elizabeth decided in 2014 to hand over the running of the stall to two other parishioners, Ruth Whiddett and Lin Mason, she still bakes every month for the stall, inspired by her mothers recipes. The stall is still going from strength to strength, with the cakes regularly selling out quickly! 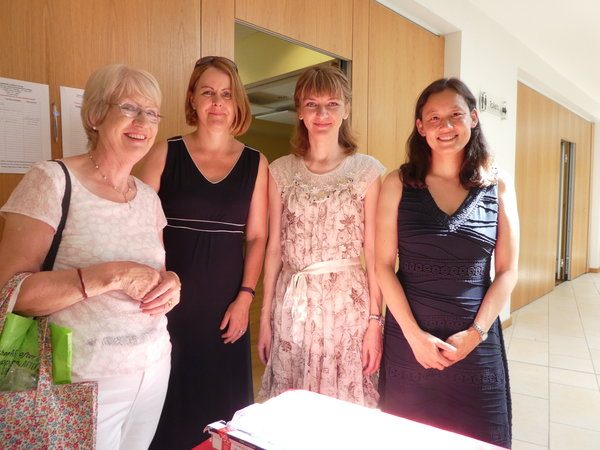 (From left to right) Elizabeth with Ruth Whiddett, Agata Palacios and Lin Mason, the new owners of the stall. Photo: CAFOD

All the money goes towards those living in extreme poverty, helping them reach their full potential regardless of whatever their religion or culture is. By providing these people with crucial skills and opportunities, they can live with dignity, support their families and give something back to their own community.

CAFOD is part of Caritas International; through working with the local churches, they are able to reach people and places that other people cannot. Click here to learn more about the work that they do.