The latest good news
You are at:Home»Community Spirit»Determined Volunteers Come Together Regularly to Cook For Homeless People in Hungary

There is said to be more than 30,000 homeless people in Hungary, a substantial number of the country’s 10 million population. The majority, around 10,000, live in Budapest, Hungary’s capital city.

A number of non-profit organisations have been working hard to help as many vulnerable people in Hungary as possible.

When Heti Betevő – meaning weekly meal or portion – started in December 2013, one of the founders, a cook of a well-known restaurant and bar in Budapest said, “If I can earn my living with cooking for Budapest’s intellectuals 6 days a week, I can spend one more day cooking for those in need.”

What started in the kitchen of a restaurant & bar in Budapest has now become a national project.

The initial group of volunteers distributed meals they made in front of the restaurant. Heti Betevő attracted so many volunteers eager to do what they can to help that they now operate from several spots in Budapest as well as some across the country. 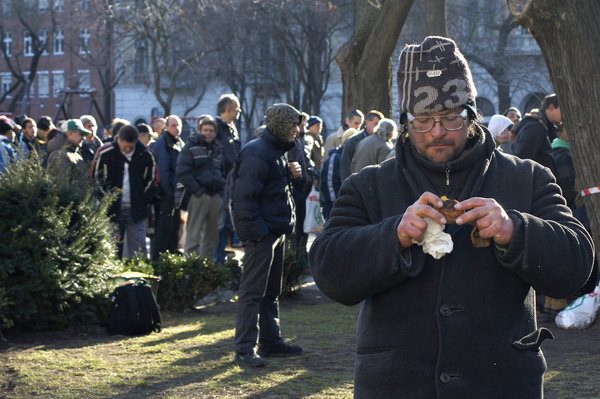 Heti Betevő organise joint events with similar groups and organisations, such as Food Not Bombs, A Város Mindenkié, and Budapest Bike Maffia, as they all have similar missions.