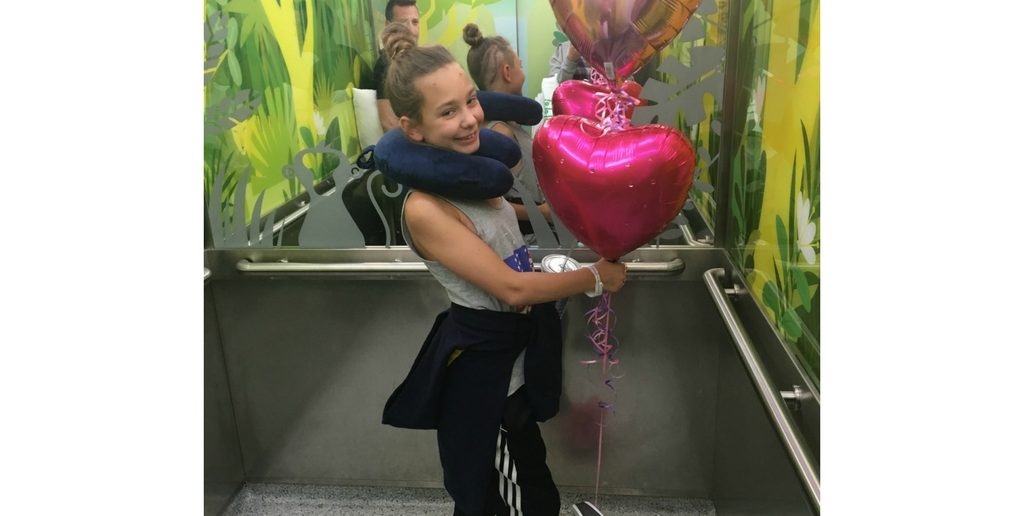 A young girl who’s made a fantastic recovery after being diagnosed with a brain tumour can’t wait to start secondary school this September.

Back in January, ten year old Lola Daley suddenly began to suffer from a series of seizures and debilitating headaches that lasted over several months and left her health in serious decline.

After an MRI scan diagnosed Lola with a brain tumour, she was referred to Leeds General Infirmary and later Sheffield’s Children Hospital, after struggling to get a date for surgery.

During her treatment, parents Lee and Gemma were supported by The Sick Children’s Trust when they were offered free ‘Home from Home’ accommodation at Treetop House, just minutes away from the ward where their daughter was undergoing lifesaving surgery.

“The day of the operation was one of the most difficult days we’ve ever experienced. Lola went into the operating theatre at 9am, and we only got the call from the ward telling us she was out at five in the evening. That wait was excruciating. We felt so helpless. But knowing that we were just minutes away from our girl in case anything went wrong was an immense relief and source of comfort,” said Lola’s dad, Lee.

Since being discharged Lola has gone from strength to strength, and this September she will be starting secondary school at Crofton Academy in Wakefield.

“After such a serious operation, we always expected Lola’s recovery to take time, but she’s astounded everyone by the way that she’s bounced back. After surgery on the Wednesday, she was back in school for a short time on Monday for the end-of-school performance rehearsals, and then again on Tuesday for two performances. She can’t wait to start high school now and show all her new friends her scar. I’m so proud of the way she’s handled everything, and all with a smile on her face,” said Lola’s proud father.