Many of us will use a map on our phones to help us reach our destination when going somewhere new. It’s not something we give much thought to. But for girls in rural Tanzania, a volunteer-run online mapping service is proving to be a much-needed lifeline.

A safe house in Mugumu, Tanzania, has been set up to help girls who run away from home to escape female genital mutilation (FGM). The safe house hears from members of the community when a girl is in danger. But because rural Tanzania is poorly mapped, it has been incredibly difficult for them to find the girls in time.

Thanks to OpenStreetMap, an online map that anyone can edit and update, the team are now able to locate the girls in danger by taking the fastest and safest route to get to them and knowing about local buildings and facilities nearby.

To date, 2257 girls have been saved from suffering FGM through this service, although the fight to eradicate the practice is still ongoing.

On the 13th August 2017, Crowd2Map Tanzania was the host to a large, worldwide mapping party, with hundreds of mappers taking part. Volunteers all across the globe helped to map key structures including schools, hospitals, roads, safe houses and shops. During the 24 hour mapathon event 12,664 roads and 46,426 buildings were mapped in rural Tanzania. 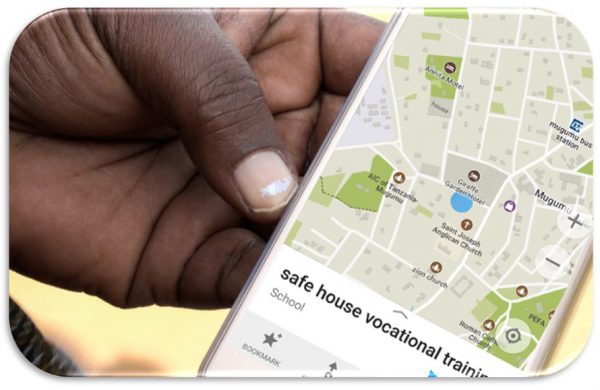 Crowd2Map Tanzania is a grassroots project set in partnership between Tanzania Development Trust, Human Computation Institute and supporting organisations. Since the beginning of the project in late 2015, its volunteer base grew to over 2000 mappers across the world, as well as locally in Tanzania. The project has put over 1.5 million buildings and over 105 000 km of roads on the map in rural Tanzania via OpenStreetMap.

Whilst the mapping party is over, it’s still possible for anyone with an internet connection to help. Click here for more information.

Currently studying Psychology at City University of London and hoping to inspire some of you through my writing.