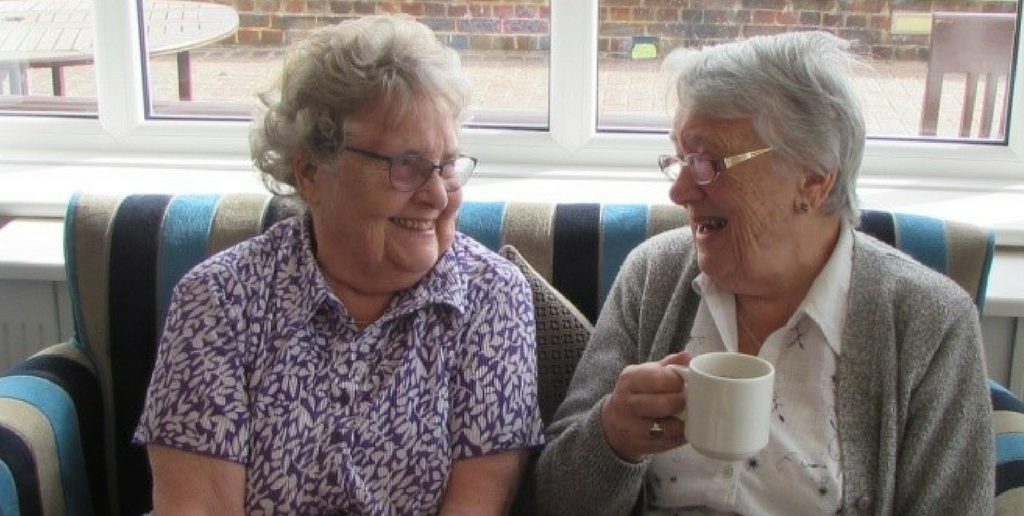 The RAF Benevolent Fund has set up a telephone friendship group service to help RAF veterans and their dependants escape loneliness and isolation.

After a successful pilot last year using guests from the RAF Benevolent Fund’s respite home on the south coast, the programme is now open to all RAF ex-service personnel and their dependants across the UK.

The friendship service brings together up to six people on the phone, connecting one another with like-minded individuals and providing vital human contact that is often taken for granted.

The groups chat for an hour once a week about everything from television, families and daily life, to current affairs and interests. Each group is led by a trained volunteer facilitator who ensures participants feel comfortable and that each person has the opportunity to join in the discussion.

Participants Patricia (Pat) Habgood, 88, and Peggy Weaver, 87, have enjoyed being part of the programme.

Pat, who served in the RAF from 1949 to 1951, says she feels isolated because both her and her 93-year-old husband have poor health and aren’t able to leave the house often.

She joined the group after being approached at Princess Marina House, the RAF Benevolent Fund’s respite care centre, and says it’s been a magnificent experience, “I very much look forward to our weekly call because I’m a ‘chatty Patty’ and I love socialising with other people. We talk about everything from knitting to television and other hobbies. It’s wonderful. I’m always talking about it and suggesting that people try a group themselves.”

Pat and Peggy even had the opportunity to meet in person at Princess Marina House.

Peggy recalls their first meeting with fondness, “It was so nice that I met Pat. She came straight up to me and said, ‘Hello Peggy’! We were there together for a fortnight. It’s nice to know you’ll meet someone you know.”

Peggy, a widow whose husband served during World War Two and passed away seven years ago, lives alone in a flat in London. With no family nearby, she jumped at the chance to join a friendship group.

“I live alone and I hate being by myself. I’m lonely. I look forward to the phone call every Thursday night. We all do. It’s nice to speak to the same people each week.”

The free telephone group, open to ex-serving personnel and their dependants, is run in partnership with Community Network, a national charity using telecommunications to promote wellbeing and tackle loneliness.

The service is different to a befriending service because it connects like-minded people, providing peer support and offering the possibility for deeper, more meaningful friendships. It also eliminates the issue of geographical location, and relationships can be built from the comfort of the home.

Alison Wyman, Head of Welfare Programmes & Development at RAF Benevolent Fund, said, “Our research tells us that many veterans are experiencing loneliness and relationship difficulties, which is why we started this programme. Three quarters of the ex-service RAF community are over 65 and half of our beneficiaries live alone, so we know that something like this will have major impact for the people we serve.

“Chronic loneliness can lead to more severe problems such as depression, dementia and cognitive decline, making elderly people even more vulnerable to these horrible diseases. This programme is a great way to bring RAF veterans together to engage in stimulating conversation, recap memories and provide that vital interaction that humans of all ages crave.”

The Royal Air Force Benevolent Fund is the RAF’s leading welfare charity, providing financial, practical and emotional support to serving and former members of the RAF, as well as their partners and dependants.

If you or someone you know would like to take part in a telephone friendship group, please click here.