When Don Adams, from East London, retired after spending most of his working life at the British Museum, he was really looking forward to the new chapter in his life.

Don thought he had been enjoying his retirement on the whole, until one day his wife and daughter commented that he hadn’t left the house or spoken to anyone other than the two of them for a few days.

Realising they were right, Don was shocked at how easily he’d slipped into this routine and become isolated without even noticing.

Deciding to do something to change his situation, Don joined Friends of the Elderly for their first Football Friends programme in March 2015.

Football Friends is run in partnership with football clubs and their charitable foundations with the support of the Professional Footballers’ Association (PFA) and brings individuals aged 65 or over together over a shared love of football.

After joining the programme, Don admitted he hadn’t realised how depressed he had become or how little he’d left the house and had started to withdraw. Football Friends motivated him to get out and meet new people.

“You hear so many things aimed at ‘senior ladies’ but little for men. It’s a shame – Football Friends has changed my life,” said Don.

Football Friends also allowed Don to realise a lifelong dream and step onto the West Ham United pitch. Recalling the day he said, “It was genuinely a lifelong dream to walk onto the pitch, being a West Ham fan all my life. Friends of the Elderly has enabled me to do some amazing things and meet some wonderful people – the work they do to support older people is fantastic.”

After taking part in the programme, Don became a volunteer at Friends of the Elderly, helping further Football Friends’ programmes to be a huge success.

Don’s life has been changed through his volunteering too, with a recent meeting leading to a reunion with a friend who he hadn’t seen for over 40 years.

Friends of the Elderly are currently running five-week programmes with the West Ham Foundation called Any Old Irons. 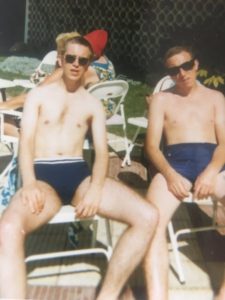 At an Any Old Irons meeting in May, Don found himself sitting next to someone who seemed very familiar. But at first he couldn’t place him. Then when he said his name was Joe, Don immediately realised it was an old friend from the 1960s.

“We had attended West Ham College of Further Education together in 1964/65. Along with two other friends, we had even experienced our first foreign holiday together – going to Lloret De Mar in Spain – in 1970. It goes without saying that we had, of course, played for the same Sunday morning football team –Tarana F.C.  Then marriages, children, moving house, changing jobs all contributed to us losing touch, only bumping into each other once during the intervening 40 odd years,” explained Don.

Don and Joe lived about a mile apart as kids, then they were together at college doing O Levels and were both in the Scouts.

Joe said, “There I was, at a session, and sitting at a table, when the man next to me said I seemed really familiar. At first I didn’t think anything of it, but then he asked me my name, and then said ‘Your surname is Farrell, isn’t it?’ I looked at him and suddenly realised that it was Don, my friend from all those years ago!

“It’s good to remember – life was very different then for us, we were just setting out in life – I enjoy looking back and talking about the area we grew up in. It’s not living in the past, it’s remembering a chapter of my life, from 40 years ago, that’s part of what’s made me who I am today.” 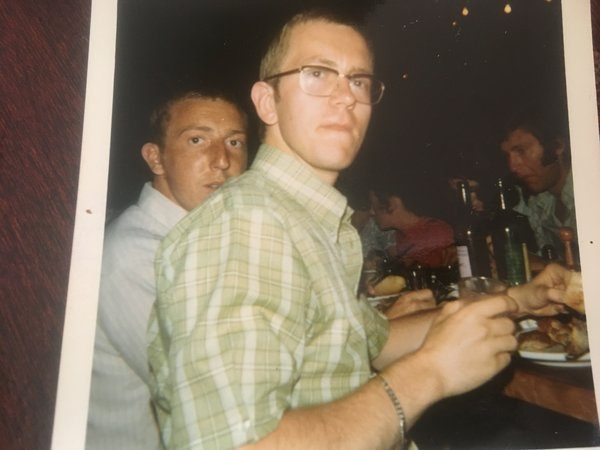 Don and Joe on their first holiday abroad

Don is also thrilled to be able to reminisce with Joe. He said, “It’s been a great chance to re-establish and establish links back to my past – with someone who was there with me and who shared it. The chance to relive those memories means a lot.”

Find out more about the Friends of the Elderly Football Friends programme here.