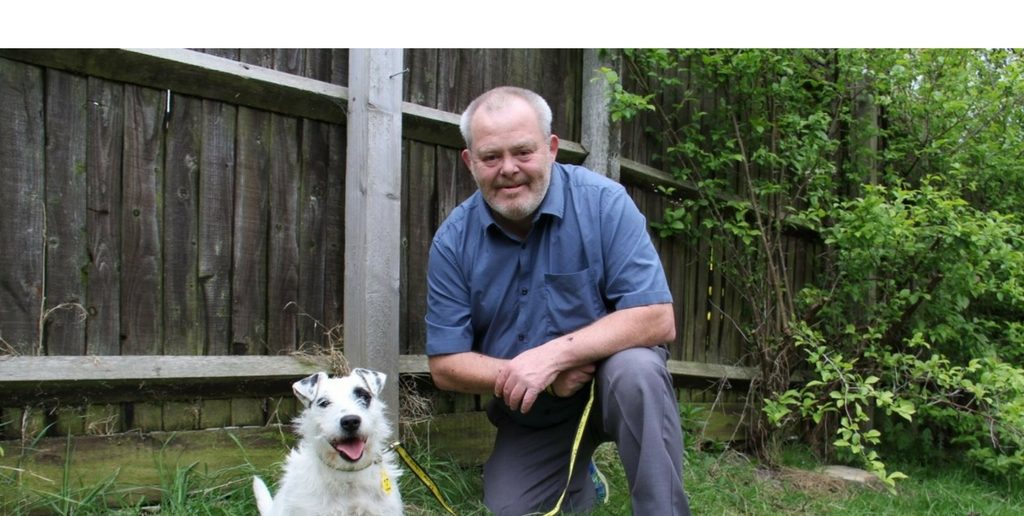 My rescue dogs rescued me – he’s a life saver

A Telford man who suffers from depression and anxiety says he doubts he would be alive if it wasn’t for the love and companionship of his rescue dogs.

Nick Murdoch, who has adopted two dogs from Dogs Trust Shrewsbury, believes his beloved dogs helped him get through the most difficult periods in his life. 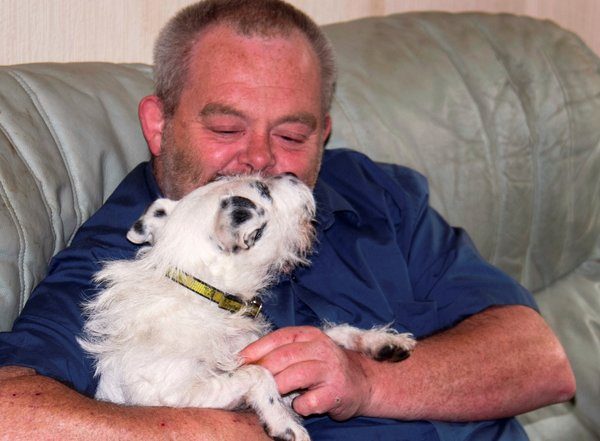 Now, as Jack Russell Terrier Nacho settles on Nick’s knee for a cuddle in the lounge of his Telford home, Nick says he is feeling optimistic about the future thanks to his latest four-legged friend,

“He is absolutely brilliant. He makes me laugh every day and gives me a reason to get up in the morning. I was diagnosed with depression after my marriage broke up and I had to move house. I was put on medication and had a counsellor but as a child I had always had a dog in my life and they always brought such joy, so four years ago I made the best decision ever, to adopt a dog.”

In 2013 Nick adopted Jack Russell Ralph who sadly, at the grand old age of 17, died last year. He became ill very suddenly and Nick took the heart breaking decision to have him put to sleep just a few days before Christmas last year.

Nick recalls, “My state of mind suffered after losing Ralph; my purpose in life had gone. I didn’t want to get another dog at Christmas and I knew that lots would be looking for homes in the New Year, so I waited and then went along to Dogs Trust Shrewsbury again and that was when I met Nacho.” 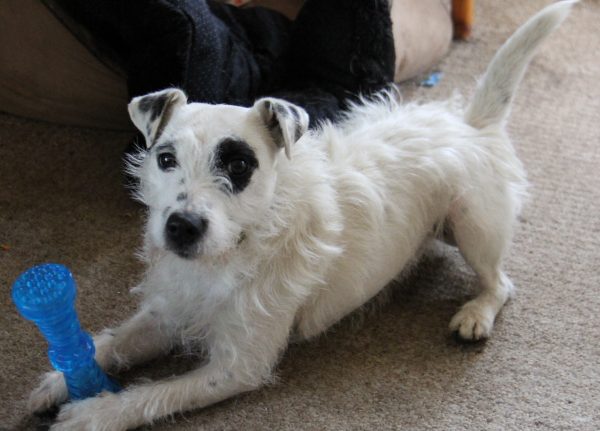 Nacho had been waiting at Dogs Trust for almost a year when Nick came along.

Three-year-old Nacho had been being looked after by Dogs Trust since March 2016 but had been sadly overlooked by hundreds of visitors. He saw the seasons come and go and watched as many other dogs headed off to their forever homes. New Year came and went too and he was still patiently waiting for his special someone, then 49-year-old Nick walked through the doors of the rehoming centre.

“Nick knew what he was looking for when he came to adopt a second dog from us and we thought Nacho could be the dog for him. We were really confident that Nick could provide the ideal home for Nacho but we wanted them to meet a few times so they could start to build that bond and we were absolutely delighted when Nick decided he wanted to adopt him,” said Louise Campbell, Dogs Trust Shrewsbury Manager. 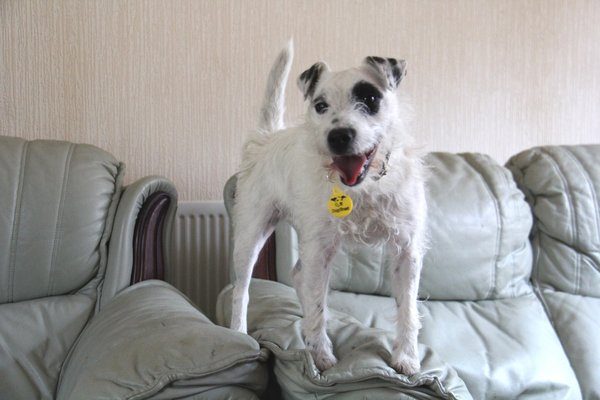 Just a couple of weeks after first meeting, Nick and Nacho headed home and neither have looked back since.

“I knew he was the one for me when he managed to sneak a treat out of my coat pocket when we were sat on a bench having some quiet time together at the rehoming centre! He is very cheeky and really outgoing which is great. All the neighbours love him and he loves meeting new people so when we’re out on our walks I end up chatting to people that wouldn’t approach me if I didn’t have Nacho.

“He is really affectionate and when he wants his belly tickling he climbs on my knee and rolls onto his back! At night he sleeps in the bedroom and somehow manages to snatch the duvet so I’ve bought another one so he has his and I have mine!

“Now my days are full of walking and talking, which they definitely wouldn’t be if it wasn’t for Nacho. He’s a life saver,” said Nick.