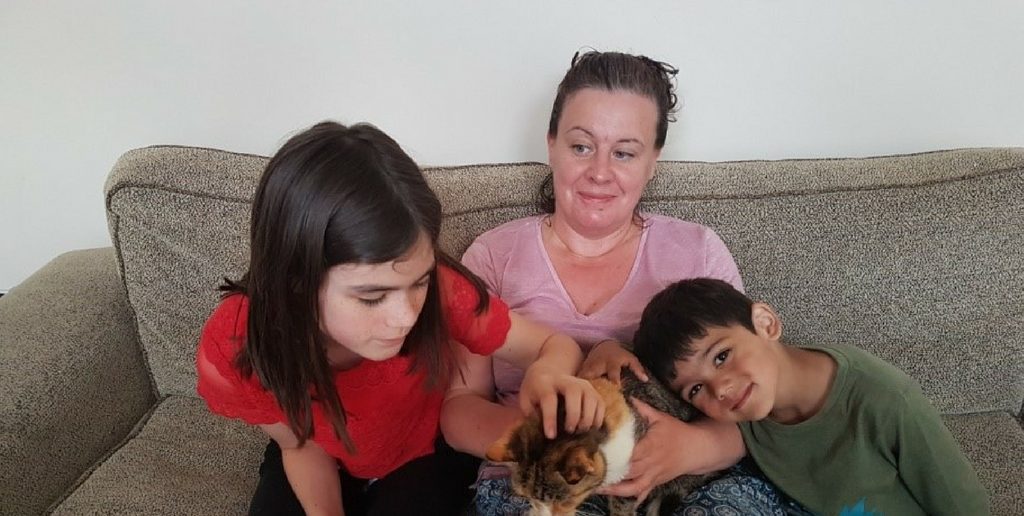 When Sue Hopkins’ young cat Hermione disappeared she didn’t think she’d ever see her again. Little did she know that 12 YEARS later she’d get a phone call out of the blue to say the RSPCA had her long-lost missing puss…

Sue was living in Redbridge, London, in 2004 when she brought home little tortoiseshell puss Hermione.

“We got her when she was a kitten from our childminder whose cat had had a litter,” Sue explained. “But unfortunately she didn’t get on with our other cat, Snowy, so we asked someone to look after her for a week while we made some arrangements in the house to keep both cats happy.”

But, sadly, after a series of events, Hermione went missing and Sue was devastated. She didn’t think she’d ever see her family pet again.

The family moved from their home in Redbridge and went on to move three further times before settling in Walthamstow, but each time Sue contacted the microchip company to change the contact details on Hermione’s microchip – just in case. 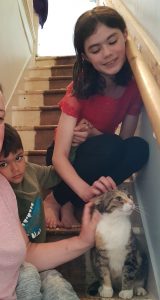 “My daughter would always ask me why I kept calling to update the details,” Sue said. “But it only takes 30 seconds to pick up the phone and update the details so just because of that one in a million chance I thought I would keep doing it.”

The RSPCA were contacted in July by members of the public who were concerned for the welfare of a cat who they believed lived with a man in Billericay, Essex, who had sadly died around a month earlier.

Officers went to check on the cat and, a few days later, were finally able to catch her. She was suffering from fur loss and a flea problem. When they spoke to the daughter of the homeowner who had passed away she explained that the female tortoiseshell had not belonged to him. They scanned her for a chip and, sure enough, she was registered to an address 27 miles away in London.

The mother-of-three explained: “We were astonished, we couldn’t believe it. We are so happy to have her home.

“I’m so glad that the person who found her reported her to the RSPCA, I’m really grateful to everyone who helped get her home.”

Sue’s daughter, Emma, who was in primary school when Hermione went missing is now 20 and was amazed to have her home. The family have also been joined by 10-year-old Isabel and Leo, four, since the puss went missing. 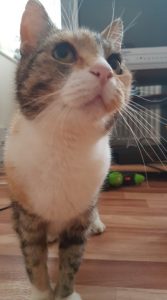 The family still have Snowy – who is now aged 20 – and also own another cat, Toffee, so they are hoping the trio will get on better now they’re older.

“It really upset me when I saw the state Hermione was in. She looks very aged and all the fur was missing from her tail, it looked like a piece of string,” Sue said.

“She is hoovering up her food so she has obviously been scavenging to survive for some time.

“If she hadn’t been microchipped she could well still be scavenging for food or she could have even starved to death. It just goes to show you should always get your cat chipped and keep your details up-to-date – and you should never give up hope!”

RSPCA cat welfare expert, Dr Samantha Gaines, said, “This is an incredible story which shows Sue’s dedication and commitment to never give up on seeing her again.

“It also illustrates perfectly why it is so important to get your pet microchipped and to update your contact details. While it is heartbreaking to lose a pet, if they are microchipped there is a small part of reassurance that should they be found they will make their way back home to you.

“I’m so pleased to hear about Hermione’s miraculous story and that this tale has a happy ending.” 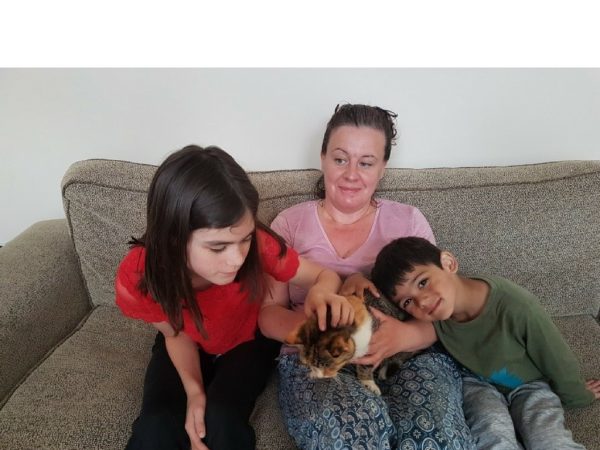 While it is a legal requirement to have dogs microchipped it is not against the law to leave other pets – such as cats – without a chip. However, the RSPCA would encourage everyone to get their pets microchipped.

For more information about microchipping, visit the RSPCA website: www.rspca.org.uk/microchipping.