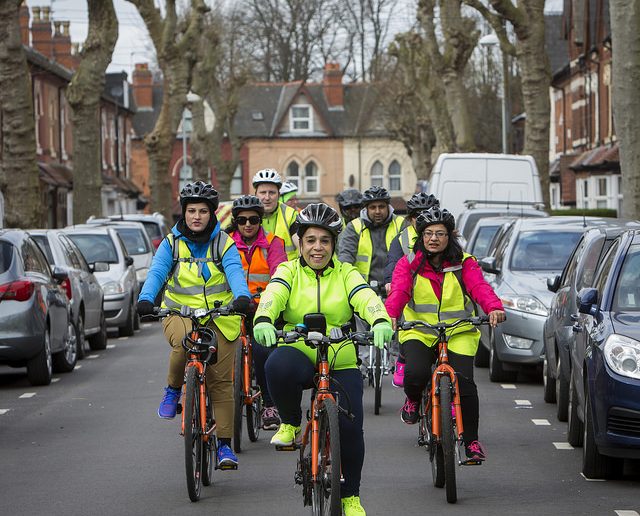 Free Bikes Given to Get Brummies Cycling More

‘It’s like riding a bike’ is an often-used saying to describe a skill that once you have learned, you’ll never forget.

But that saying doesn’t take into account the people who can’t actually ride a bike.

A survey by the British Heart Foundation found one in eight adults in the UK do not know how to ride a bike.

Big Birmingham Bikes (BBB) is a cycling scheme in Birmingham trying to do something to change this.

The scheme is also keen to help tackle traffic congestion and associated air pollution in Britain’s 2nd biggest city and improve the health and wellbeing of residents in some of the most deprived areas of Birmingham, who are being provided with a free bike, and riding and maintenance lessons.

In many cases, this is women from black and ethnic minority backgrounds who have never ridden a bike before and are embracing the sense of freedom that cycling can bring.

Supported by the city council’s Wellbeing Service, Big Birmingham Bikes has linked up with over 50 community groups including homeless and mental health charities, and also has a legacy programme of creating community cycling groups to carry on its work in their own communities, delivering cycle training and leading rides, and has set up 14 groups so far.

Saadia, 34, recently moved to the midlands from the US and was feeling lonely without her family or friends. Through the local cycling club she has made a host of new friends from all backgrounds. 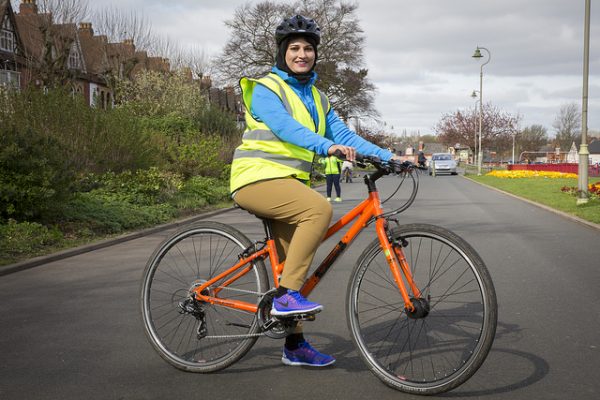 Saadia has made lots of new friends thanks to BBB after moving to Birmingham from the USA. Photo: Andy Aitchison/Ashden

She said, ”I had no experience previously but I really enjoyed it, the freedom of being on a bike.”

Saadia enjoyed learning to ride a bike so much she joined the local cycling club and started going twice a week.

“The cycling has got me active and helped me get to know people.  I have known these ladies for a year now and have started taking other ladies out now that I’m confident.  We’ve worked on increasing our mileages, we do at least 15 miles. I was not a winter person but now I stay out in the rain, my health has improved, I couldn’t do 3 miles before but now I can do 20 to 30.   I’m amazed at how much Birmingham City Council is doing and how it’s all free.  If I hadn’t gone cycling I wouldn’t have been exposed to all this and as a woman from an Asian community I really appreciate it.”

The future of Birmingham is looking a lot greener, with fully segregated all-weather cycle lanes being installed on both the A38 between Birmingham City Centre and Selly Oak and the A34 between the city centre and Perry Barr as part of the next phase of the Birmingham Cycle Revolution to encourage more people to cycle in safety and confidence along two of the city’s most important commuter routes.

So far 3,400 bikes have been given out to individuals as well as an additional 600 distributed to community groups and bike hubs, which are then loaned out free of charge. Big Birmingham Bikes plans to distribute around 1,500 bikes a year for the next four years, meaning that approximately 10,000 will be in use by the end of 2020. Click here to find out more.