Beard enthusiasts can ensure their facial hair both looks and does good thanks to a new grooming brand launched by a cancer survivor.

ThatchFace was founded by Ben Cleaver, who knew from the outset he wanted his beard care brand to be about more than just a great product. So he will donate ten per cent of all profits to charity; a decision influenced by a cancer diagnosis he received when he was 21.

In 2009 Ben, who was in the final year of his degree studying Marketing at De Montfort University, was diagnosed with testicular cancer. Following surgery to remove the original tumour, he then underwent a nine-week course of chemotherapy to cure the remaining cancer that had spread to his groin.

The surgery and treatment were successful, but it was an experience Ben has never forgotten and it provided the driving force behind his decision to set up his own business and donate one tenth of profits to male cancer charities. 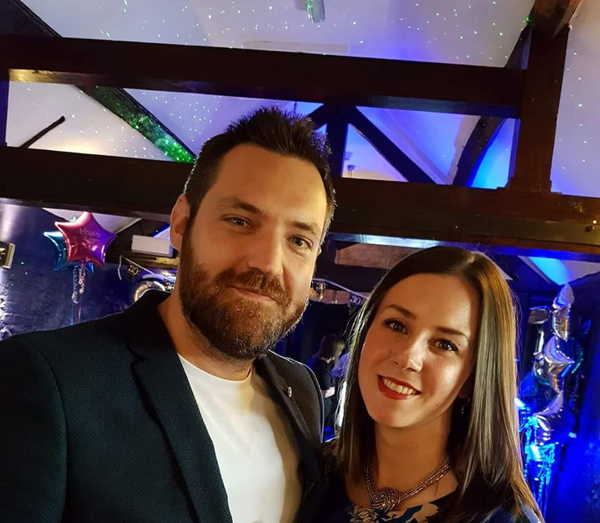 Ben, with his wife Leanne, is excited to pair his passion for all things beard with his desire to help support men that one day could also suffer from cancer, as he did. Photo: ThatchFace

Ben, 29, who lives with his wife in Leighton Buzzard, said, “I remember during treatment despite losing all my hair the one thing that wouldn’t stop growing was my beard, so I became really focused on caring for it, and although a good few years have passed, my passion for all things beard has remained!

“Creating ThatchFace is my way of coupling my passion with supporting a really worthy cause.”

The idea for the business came about after experimenting with different oils and scents in their kitchen. Ben and his wife Leanne soon realised they were onto something and set about creating a range of homemade male grooming products.

They now offer a selection of three premium beard oils, made using a range of natural ingredients for subtle yet distinctive scents.

A self-confessed beard enthusiast, Ben said, “We’re really proud of our products and I have total confidence anyone who tries them will become a ThatchFace convert!”

For their first six months, ThatchFace have chosen to support the Orchid Cancer Appeal, a charity focusing on research into and raising awareness of male-specific cancers, including testicular cancer.

Ben said, “Orchid are a fantastic organisation and I’m extremely glad to be able to support their incredible work.”