It is not often you hear an uplifting story about a former industrial site being turned into a green oasis, and that is exactly what makes this story so unique. 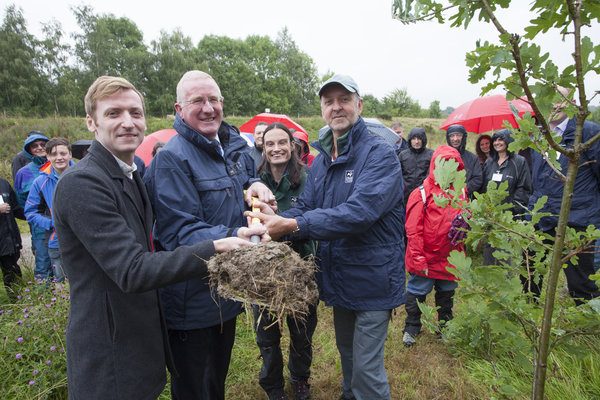 The Avenue Washlands Nature Reserve, a former coking works that was turned into a reserve through the relentless work of various organisations and volunteers, celebrated its 10th anniversary in August with a community event and a ceremonial tree planting. 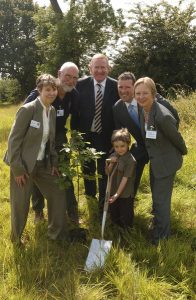 Planting a tree at the opening of Avenue Washlands in 2007 (c) the Land Trust.jpg

The planting of a new oak tree mirrored the opening ceremony ten years ago.

The Land Trust and Derbyshire Wildlife Trust also hosted an open day with historical and wildlife displays and a guided short walk across the site.

The reserve first opened in August 2007 after extensive reclamation works, but the wider restoration of the site still continues.

Previously used for coking works, and once recognised as one of the most contaminated in Europe, the 17 hectare site near Chesterfield was left with heavily polluted water and land.

The clean-up operations were jointly coordinated by the East Midland Development Agency and the National Coalfield Programme of the Homes and Communities Agency.

Thanks to natures own endurance and human effort, the site is now a wildlife haven, as well as beloved community space.

Over 954 species were recorded to live on or visit the site in 2017, more than double of the number from 2007. One of the attractive inhabitants are various birds, including Glossy ibis, Swifts and Lapwings. 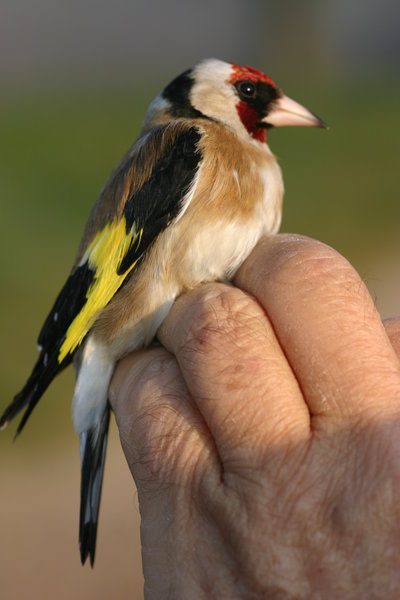 The work has resulted in the creation of a green oasis rich in wildlife, which is a complete contrast to it’s industrial origins.

Euan Hall, the Chief Executive of the Land Trust commented: “It’s wonderful to see Avenue Washlands Nature Reserve continuing to thrive ten years on. Transforming the former industrial site into an accessible space for people and wildlife was an enormous task, but thanks to the resilience of nature and a strong partnership between the many organisations involved, it’s a huge success story.

“We’re delighted that the reserve is so well used and loved by local people and that it is home to so many different species, and thank the staff and volunteers of Derbyshire Wildlife Trust for their continuing hard work and passion.”

Tim Birch, Head of Living Landscapes North of Derbyshire Wildlife Trust added: “It’s fantastic to see how brilliantly this old industrial site has become for people and wildlife.  The development of the site is testament to a great partnership with the Land Trust and dedication from a wide variety of volunteers.  We look forward to the next 10 years!”

The Avenue Washlands Nature Reserve is owned by the Land Trust, a national land management charity that provides a cost effective management solutions for open space and green infrastructure. The Trust focuses on community benefits, improving health and providing educational resources. Managing partner of the Reserve is the Derbyshire Wildlife Trust, a charity protecting wildlife across the Derbyshire county. The charity advises local authorities and landowners on nature conservation issues and help to run education and conversation projects. Always looking for volunteers, please visit Derbyshire Wildlife Trust’s website if you want to get involved .