Curry Lover Scores a Catering Apprenticeship That Will Open Doors

24-year-old John Cullen has been given an apprenticeship after graduating from a pioneering charity-run catering training scheme.

John, who has a learning disability, completed his training at Café 311in Edmonton where he prepared and cooked food and served customers. He is going on to take up an apprenticeship at Unity Kitchen in Tooley Street – part of the social enterprise arm of the disability charity the Camden Society.

At Café 311, John ran the kitchen and even had a sous-chef to help him. 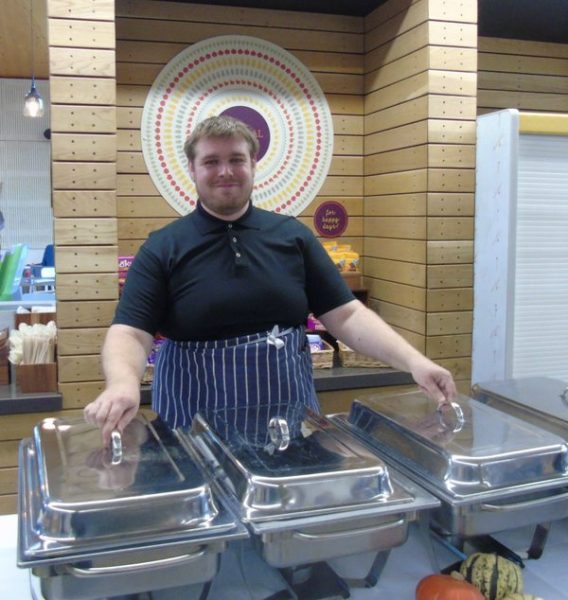 The dishes he most likes to cook include curries, lasagne and pasta bake, and he would love to work with Gordon Ramsey one day.

John’s apprenticeship gives him a good chance of going on into the wider world of work. The pioneering training scheme run by disability charity the Camden Society, which trains people with a learning disability in catering and hospitality, has seen 70 apprentices pass through its doors since 2011. Ninety per cent of them competed the course and over 80 per cent have gone on to job afterwards.

This compares to a 6 per cent employment rate generally among people with a learning disability.