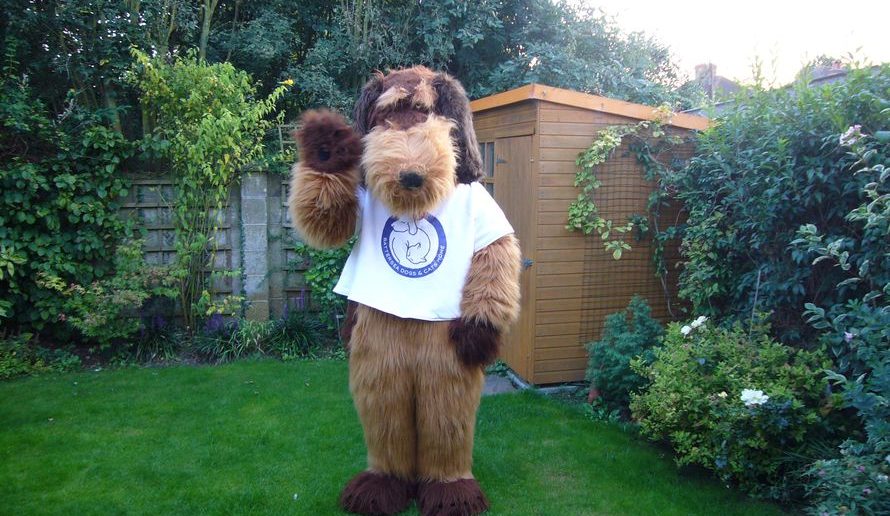 Mick and his wife now visit the Berkshire kennels weekly to sit and play with the dogs, providing them with companionship, training, and a comfy lap to sit on.

They also walk on average 6 dogs every week, receiving a waggy tailed welcome from the residents every time they enter kennels.

As well as volunteering, it wasn’t long before Mick and Jean became regular foster carers to the dogs and cats in desperate need of a home environment.

The pair decided to permanently rehome their foster dog, Pebbles, in 2013. And it just so happens the 5-year-old Terrier Cross was born on the couple’s wedding anniversary at the Old Windsor centre.

Battersea volunteer Mick O’Neill said: “My wife and I were inspired to volunteer at Battersea after retiring from work and wanting to keep fit. Our daughter told us about the opportunity and we haven’t looked back since. We have meet some fantastic animals over the years and couldn’t imagine life without our Battersea dog Pebbles. We love being a part of the Battersea family.”