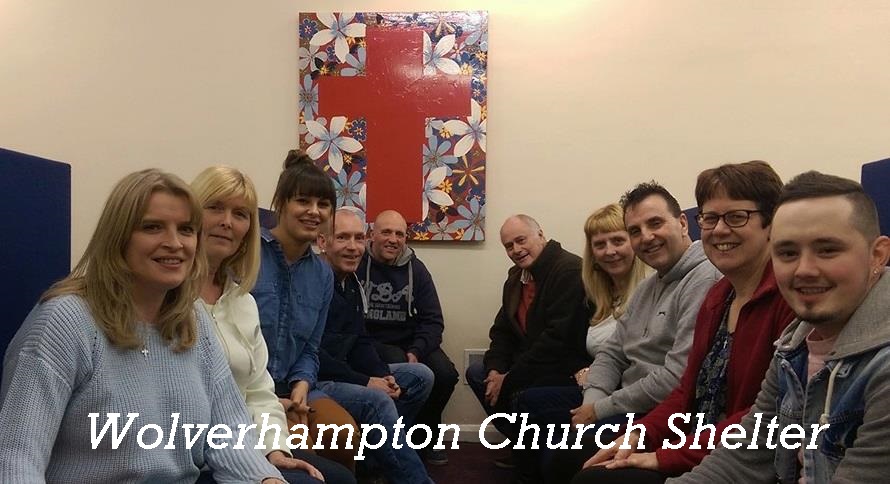 “Without the Shelter, I have no idea where I would have ended up. I had no money and nowhere to go. Through the shelter, I got to meet people who genuinely cared. One of the people volunteering was a lady called Kate who also works for Hope into Action, a housing charity.  They decided to take chance on me even though I had no work and no money to pay the rent. They gave me a room and helped me to find work. I have now cleared all of my debts. I am working full time at a factory in Bilston and still helping out at the Good Shepherd from time to time. I wonder how many others are in this position and need to hear that help is out there and that there is hope.” – one of the Guests at Wolverhampton Church Shelter.

The Wolverhampton Church Shelter began in February 2016 as a four-week pilot project following the tragic death of a rough sleeper in the City Centre in early January that year.

A Facebook page was created and within four weeks £6,000 had been donated and more 30 volunteers recruited and trained from many different backgrounds across the City.

With 20 beds, The Shelter stayed open 7 days a week, with the primary purpose for it being a place of rest and recuperation.

During the pilot run, 37 different people were ‘guests’ in the Shelter. Several were helped into accommodation and a few managed to find work.

In early 2017 the Wolverhampton Church Shelter ran for four months from January until the end of April in the same facility at Broad Street.

The culture was the same – a caring, family environment but this time there was a greater emphasis on trying to encourage all the guests to engage on what had become known as a Pathway of Hope – a personal and recognised route back into accommodation and employment supported by those best placed to do so from a variety of agencies across the City.

Over the four months, 113 different people stayed in the Shelter and 20% moved on into either accommodation and employment, or both.

The feedback from the other agencies working with homeless people was that they were finding that clients who were staying in the Shelter were now engaging far more readily than before.

All the money that was needed for the four-month operation in 2017 was raised by private donations with an additional £3,000 being provided by Transforming Communities Together.

Over 50 volunteers were actively involved over the four months.

“I was a bit apprehensive before I started my duties, but that was blown away by the team that was there on the first night. Very quickly the guests that were there became friends – it was awesome – they viewed me as someone they could trust. It totally changed my life. What for me makes the real difference to the Shelter guests, is being supported by people who genuinely care for them,” said Jon, a Volunteer Supervisor.

A report recommended that the next Church Shelter should become a permanent facility operating as an integrated part of the Pathway of Hope.

It is hoped this will open this month- but for this to happen they need the support of more volunteers, with more than 150 needed to help run the shelter.

Currently the shelter need another 20 volunteers, particularly those who are able to help overnight once a week (or fortnight) to man the shelter itself. Full training is provided and there are experienced people to supervise each night.

Those interested in finding out more can email the shelter at churchsheltervolunteers @ gmail.com.