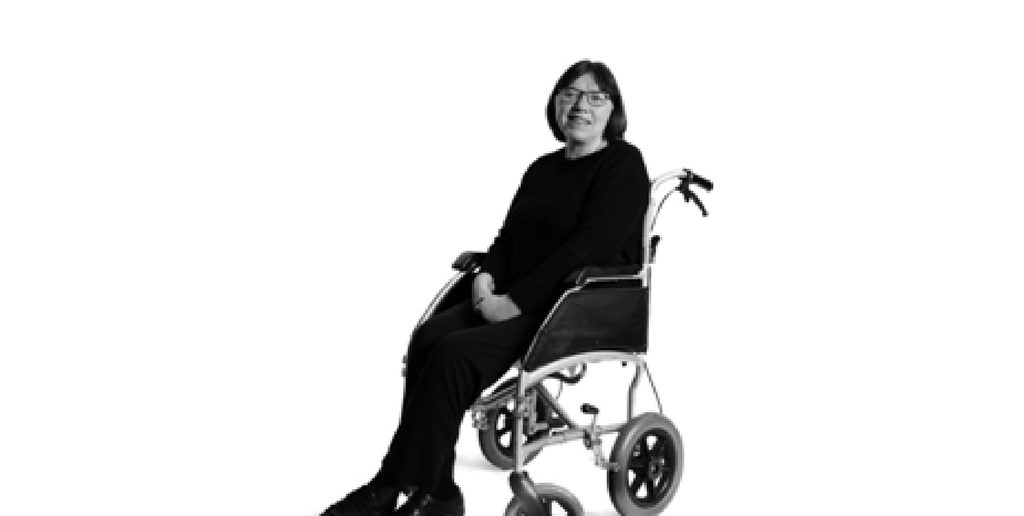 Six years ago Lisa woke up to a different life. A survivor of brain haemorrhage and stroke, her forties have been different to what she had expected.

There are 100,000 strokes in the UK each year with 1 in 4 happening to somebody of working age or younger.

Lisa explains how she has adapted to her ‘new kind of normal’ below. She originally shared her story via the Different Strokes website. Different Strokes is a charity aiming to promote independent stroke recovery and help younger stroke survivors reclaim their lives.

Early in January 2011 l woke after a good night’s sleep with a mild headache. I roused my husband Russell and asked for a tablet, before the pain became excruciatingly severe and I felt as if I was about to die.

Minutes later the paramedics arrived as I threw up over the carpet, I was moved onto a stretcher and taken downstairs to the ambulance. I still clearly remember my daughters’ confused little faces framed between the bars of the banister watching as I was carried out of the house. Was I being taken out of their lives too?

l had suffered a severe type of brain haemorrhage (a bleed in the brain), which I was lucky to survive. After being taken to the local accident and emergency unit I was in a coma for several weeks and only learned afterwards of all the intervention that had taken place to save my life. As well as being put on a life support machine, a section of my skull was removed to accommodate my swollen brain and I had undergone a tracheotomy to facilitate breathing, which left me unable to eat, drink or speak. At some stage I suffered a second bleed and a stroke, and this left me totally paralysed on my left side.

At first it was a challenge to stay positive. Every five minutes I would set myself challenges to accomplish minor things that were no longer easy, such as could I ring my bell and ask for a bed pan in time to do the right thing in the right place? I had lost my swallow reflex and this meant I could not eat or drink or swallow my own saliva, which left me permanently hungry, thirsty, drooling and feeling as if I had gone a bit mad.

I was transferred to a specialist neuro rehabilitation unit leaving behind the stroke ward and its elderly patients, whose heart-rending cries for help that was often not available I felt powerless to do anything about.

The only thing I could do was to ring my call bell for attention and redirect the nurse to the distressed lady, a trick I had learned from a now-friend called Vera, who used to help me out when I couldn’t reach mine. It’s a humbling feeling to be totally reliant on your call bell to communicate.

Around this time the grief began: I was acutely missing Russell and the girls and also, perhaps, myself as I was no longer the same person. What I wanted most of all was to get back to my life as a mum and my part-time marketing job with a local Kent theatre that seemed to have been taken away from me. I was prescribed anti-depressants, and these seemed to put me into a permanent state of drowsiness.

Enveloped in inescapable fatigue I barely felt any connection with the real world anymore and on one memorable occasion I could not open my eyes or talk properly to a friend who’d travelled for hours from Somerset to visit me.

I received many cards and letters from friends, relations and former colleagues, which I kept in a large box on the windowsill in my room near my bed. I would spend hours staring at that box and mulling over its contents – it gave me strength to think positively and to continue trying to get better. If so many people wanted me to ‘get well soon’, then surely I must! 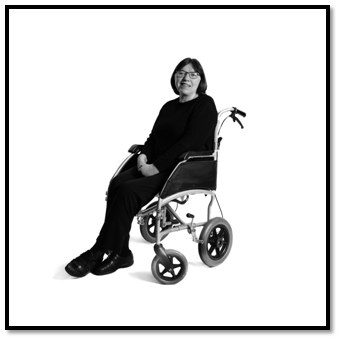 Lisa returned home just in time for Christmas, after 13 months in hospital

Finally, after thirteen months in various hospitals and several brief home visits to finalise my in-home care package, I was discharged in time for Christmas. It was a fantastic feeling. My sister was waiting to greet me at home with the girls, balloons and a fabulous welcome home cake made by my elder daughter.

But it was only now, returning home, that I became truly aware of the loss that had occurred in the intervening months: my daughters were now 8 and 10.

They had grown up and I had missed the small, daily changes that occur for any growing child. I felt odd, too. Although I’d longed to be here for more than a year I could no longer do things I’d previously taken for granted. I couldn’t potter around the kitchen or go upstairs to our bedroom or to the girls’ bedrooms to check on them, even though they no longer required a bedtime story from me.

Initially, I slept downstairs in a bed provided by the hospital and needed a hoist and two people to lift me to sit in my wheelchair. This, and the fact that I was still being peg fed via a tube directly to my stomach because of my swallowing difficulties and subsequent weight loss, made it obvious to the girls that, while I was home at last, I was still a patient. And because I could not yet fall asleep comfortably I kept the radio on all night to stop my thoughts from wandering back to the hospital ward.

Shortly afterwards I met my physiotherapist, Jo, whose no-nonsense manner was literally a life-saver. We began an exercise regime with the dual goals of walking again and managing the stairs as I was determined not to ruin the character and layout of our 1930s house by having a lift installed. The first time that Jo stood me up again was quite frightening after such a long time spent horizontally, but it gave me a taste for what might be possible. Although there were no steps yet, I knew my long journey would start with standing and eventually a single step.

My package of hospital care was transferred to one of home care, allowing Tiia to move in as my full-time, live-in carer. While we were lucky to have the space to accommodate her, it was a major adjustment for the rest of the family. Nevertheless, Tiia was very committed. She brought stability to all of us, encouraging me to do my exercises, supporting Russell and the girls, and helping me to become involved in family life again.

The girls’ tastes and eating habits had changed and I relished choosing menus for them, although it took some time for me to catch up with the new evening routine where they no longer had a separate tea, bath and bedtime story, preferring instead to have supper with us, and afterwards showering themselves before choosing their own night reading.

Once I had settled in and getting through each day no longer seemed a small miracle, I began to think about living again and realised how much of myself had been a mother (which, of course, I still was). But the girls had changed and so had I. It was time to reinvent myself: but what could I do and what did I want to do? I was fortunate to have retained my bank of knowledge and experience – the damage to my brain had affected the part that deals with sight – and I felt a strong need to work again. I wanted to use the skills I still had and achieve something worthwhile, so I jumped at the opportunity to assist with marketing projects in the fundraising department of a hospice in the Weald offering palliative care to cancer sufferers and the elderly.

Returning to work in a voluntary capacity made sense as I was still uncertain about my limitations and my stamina was building slowly. I was allocated a desk and it felt good to be back in the hustle and bustle of an office again, although my sight deficiency made it difficult to use a computer screen or deal with basic number sequencing. But I have been slowly developing coping strategies and plan to do more ideas-based work. I am excited to see how my role at the hospice may grow over time and continue to aim for a paid job. I am determined to show the girls that it is possible for women to work even when there are significant obstacles to overcome. Imagination, flexibility and self-belief can make the impossible seem possible again.

I had this feeling when Russell and I made a recent trip to Paris by train. Sitting in a rooftop bar overlooking the city and the Eiffel Tower as we sipped champagne, I felt very alive, if a little restricted by my wheelchair. Although even this had unexpected benefits, such as being fast-tracked to the front of the queue at the Louvre and later being given a private viewing of the Mona Lisa by a sympathetic attendant. Yes, I wish I could wander around the gallery and walk the banks of the Seine, but this is my new kind of normal now and it’s not all bad.

Fast-forward to November 2017 and Lisa is busy setting up her own business.

Different Strokes was set up in 1996 in direct response to a need from younger stroke survivors to be able to reclaim their lives, challenging previously existing views of stroke recovery and changing the term for stroke sufferers from ‘victim’ to ‘survivor’. Click here to find out more.