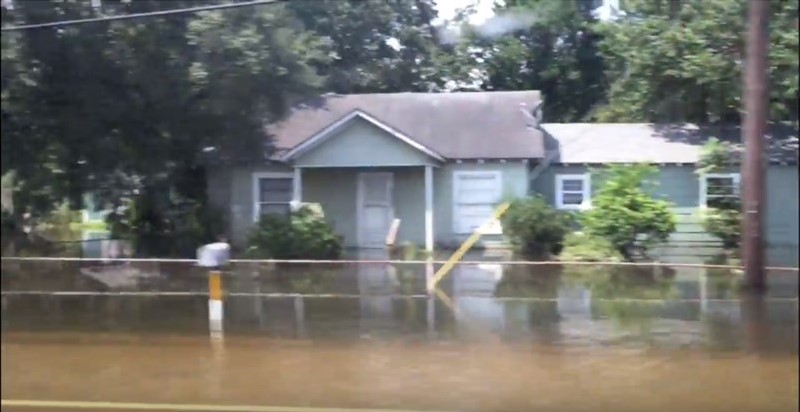 2017 might be remembered for many years for the hurricanes and the devastation they brought. On the 25th August 2017, Texas began to feel the wrath of Hurricane Harvey as the Category 4 hurricane became the first major hurricane to strike southern Texas since Celia in 1970 — it remains the costliest tropical cyclone on record and the second-costliest natural disaster worldwide, behind only the 2011 Japan earthquake and tsunami, according to data released.

82 were left dead, more than 30,000 people were displaced from their homes, 17,000 rescues took place, with the total damage from the hurricane is estimated at $198 billion.

But among the debris and damage, there was some hope from the heroes that came in the rescues and everyday people who took it upon themselves to show the true spirit of humanity — kindness.

This story about the actions of two Firefighters, Kevin and Jay, was originally told on the Kindness and Hope website:

Two Wildland Firefighters, Kevin Conley and Jay Anderson from Montana, left their jobs to go help the great folks of Texas after the devastation of Hurricane Harvey. This is their story.

Kevin tells Kindness and Hope that he and Jay decided to embark on this mission of helping those who lost everything in the wake of Harvey because “love and compassion are the most important things in life.”

He continues: “I saw people going through something, something that I’ll never understand and I wanted to help as much as I could. I’ve never seen this much devastation and it told my heart to drop everything and go to Texas and to help, and I always follow my heart. I felt good about what we did but I wish we could’ve done more. I love everyone and I hope we helped someone see that this world is full of love, through everything stay strong and positive.”

The experience turned out to be an incredibly moving, yet heartbreaking one for Kevin and Jay.

“There were too many emotional moments, if we’re being honest,” Kevin relays. “Getting a family milk and cereal, getting thirsty and dying elderly people water and food, giving children toys, and a birthday boy in a cheap motel, cupcakes and toys– endless moments of making someone, shortly in time, smile and be happy. Everyone we encountered in Texas was a touching moment.”

Below, is their journey:

Read more inspiring stories of kindness on the Kindness and Hope website.