Figures from the Cats Protection charity, which show that older cats can take more than twice as long to find a home as their younger counterparts, prompted the survey to understand why many ‘senior kitizens’ are being overlooked in favour of fresher-faced felines. 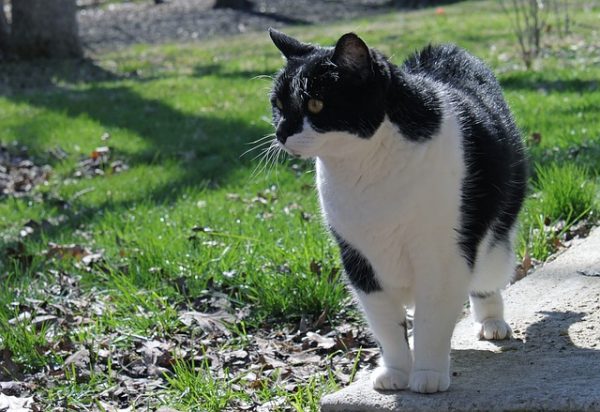 Some key findings from the survey included:

– Character and medical history were the most important considerations for people when choosing a new cat (with 87% and 83% classing them as important respectively), followed by age (68%).

– Less than 4% of people knew that the equivalent human age for a one-year-old cat is 15 years old. The majority (69%) thought that it was five years old.

– The top reasons given for not considering an older cat were that it might not live long (72%), it would more likely to get ill (56%) and if it is unwell it will cost money (40%).

– Almost a fifth (19%) of people who were unlikely to consider an older cat said that one of the reasons was that older cats are not very playful.

Cats Protection says improvements in cat care have greatly raised the life expectancy and quality of life for household moggies, with many now living into their late teens and early 20s in remarkably good health.

However, figures from the charity’s centres show that cats aged 11 and over spend an average of 33 days waiting to be adopted – twice as long as the overall average time of 15 days and over four times longer than kittens, who wait an average of just eight days.

Tracey, who adopted an older cat, is keen to encourage people to consider adopting older cats too.

She shares her story below:

“Valentine is the most wonderful girl and everyone in the family loves her to pieces. She was found living rough under a local college on Valentine’s Day 2015 (hence the name – although she was thought to be a boy until the Cats Protection rescuers could trap her, and get her to a vet). It seems she had been living there for some time. She was bedraggled, cold and thin. The students had been feeding her scraps, but it wasn’t the most healthy diet.

At the vet she was named Valentine by a nurse, and her age estimated at 13-14. She wasn’t very well when first picked up. The vet thought she had stomach tumours and she went into foster care. She was also found to be FIV positive. A homing appeal when out and I couldn’t resist! She looked so sad. When I met her it was like we had an instant connection! It was thought she would only live a few months…..but with good diet and care from her fosterers, and then my family, the tumours disappeared….and never returned! She has been with us since April 2015.

She is very healthy and happy (although now on a small blood pressure tablet every day). She is so calm and relaxed. It’s like she knows she has landed squarely on four paws. My husband and two sons adore her. She can be found anywhere warm in the house…bed, sofa, sunny window (and usually gently snoring!). She enjoys a walk around the garden on warm days. We feel so incredibly lucky to have her….she looks at us with utter contentment, and we feel very honoured that she loves being part of our family.

It’s such a shame that mature cats are overlooked in finding homes. They are usually fully house trained, don’t stray, are calm, relaxed and love nothing more than a comfy place to snooze the day away. With good care they can live long and happy lives! We adopted Valentine not knowing if we would have her weeks, months or years! To us it was important to give her love and a safe, comfortable life….however long that was going to be. I’d adopt another golden oldie in a heartbeat. We call her our miracle cat!”

Click here to find out more about adopting a cat.