Daisy and Leo even stay close when it's time for bed.
Amazing Animals

By Nisha Kotecha on November 29, 2017 0 Comments
Daisy and Leo even stay close when it's time for bed.

An emaciated dog found wandering the streets as a stray has become a ‘guide dog’ for a blind dog he shares his new forever home with.

The Whippet Cross, called Leo by staff at Dogs Trust Shrewsbury, was scared and severely underweight when he arrived at the rehoming centre in April. 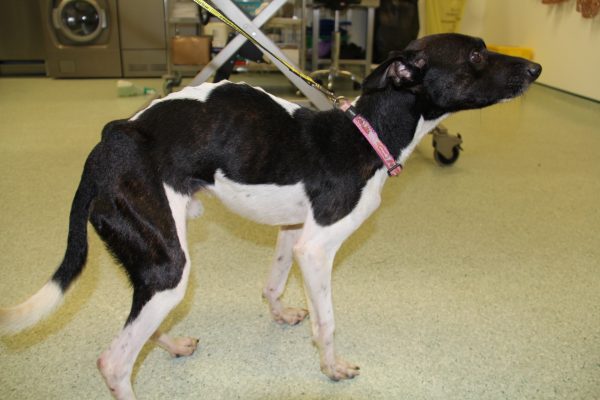 Leo was emaciated and terrified when he arrived at Dogs Trust Shrewsbury.

“He was skin and bone and really timid which isn’t surprising given he was found as a stray. We don’t know what had happened to him but he was in a terrible state so he was seen by our vet immediately. Thankfully, other than being severely underweight he was fine, just in need of good food, warmth and lots of TLC!”

Mike and Emma Johnson along with their son 15-year-old son, Reece, had headed to the Telford-based rehoming centre from their home in Crewe in the hope of finding a four-legged friend for their six-year-old Jack Russell, Daisy, who is blind.

“We have had Daisy since she was a puppy and she’s wonderful but as she’s getting older we wanted to get her a canine companion to help her get the most out of life.

“We went along to Dogs Trust Shrewsbury, and there were lots of gorgeous dogs but none that were ideal for Daisy. We didn’t see Leo at first but my son Reece popped back just as we were leaving to take one last look and Leo had just come back from a walk and was settling down in his kennel. As soon as Reece saw him he fell for him so we were just hoping he was suitable,” said Mike.

When Reece first saw him, Leo was still recovering from his ordeal. This meant the family weren’t able to introduce him to Daisy. 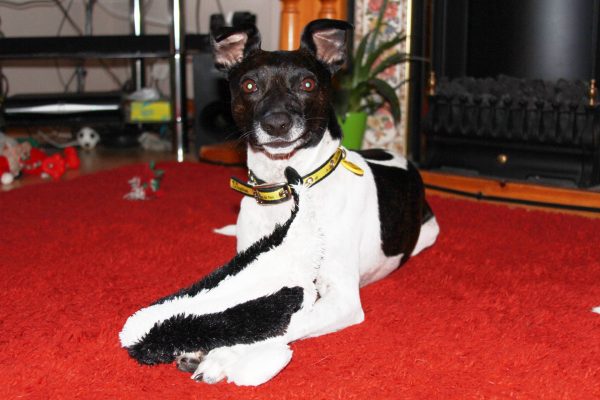 Young Leo is now fully recovered and full of fun.

Undeterred and convinced he was the one for them – and Daisy – they headed back to Dogs Trust Shrewsbury a few weeks later in the hope that he could become part of their family.

After a chat with the team and a successful meeting of Leo and Daisy, the family were delighted to head home with the former stray who immediately took on the role of guide dog for Daisy. 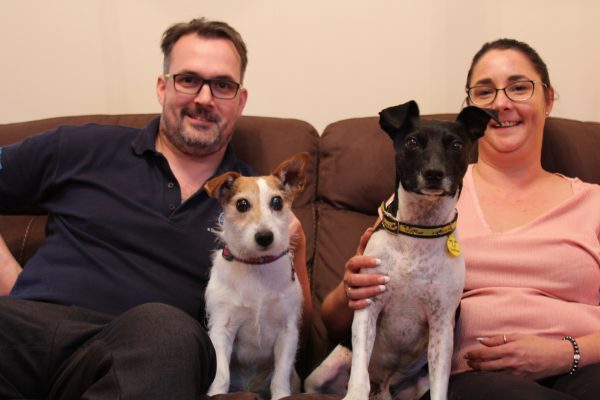 Mike and Emma say Leo and Daisy are the best of friends.

“It is incredible. He has given Daisy a new lease of life! When we are walking he stays really close to her which gives her so much confidence and if we are near a road he guides her if he thinks she is close to the kerb.

“Also we never previously let Daisy off the lead but now with Leo by her side she is having the time of her life, running around like she’s never done before. At home they are always playing together which is lovely to see too.

“We definitely believe a dog is for life and as far as Leo and Daisy are concerned they are definitely friends for life too. All dogs have such wonderful potential and I’d encourage anyone thinking of welcoming a dog into their family to consider adopting. We couldn’t have asked for anything more. Leo is absolutely brilliant and means the world to us and Daisy.” 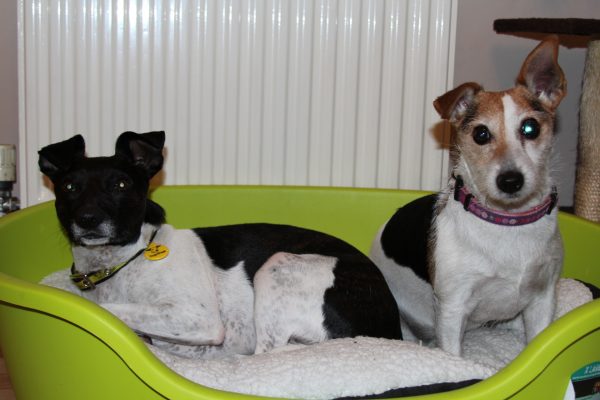 Daisy and Leo even stay close when it’s time for bed.

To find out more about dogs looking for homes at Dogs Trust Shrewsbury please call 0300 303 0292 or visit the centre at Roden Lane Farm, Telford, Shropshire, TF6 6BP. It’s open Friday-Tuesday 12pm-4pm, closed on Wednesdays and open 12pm-7.30pm on Thursdays. You can also visit www.dogstrust.org.uk to find out about all the dogs waiting for their forever homes.