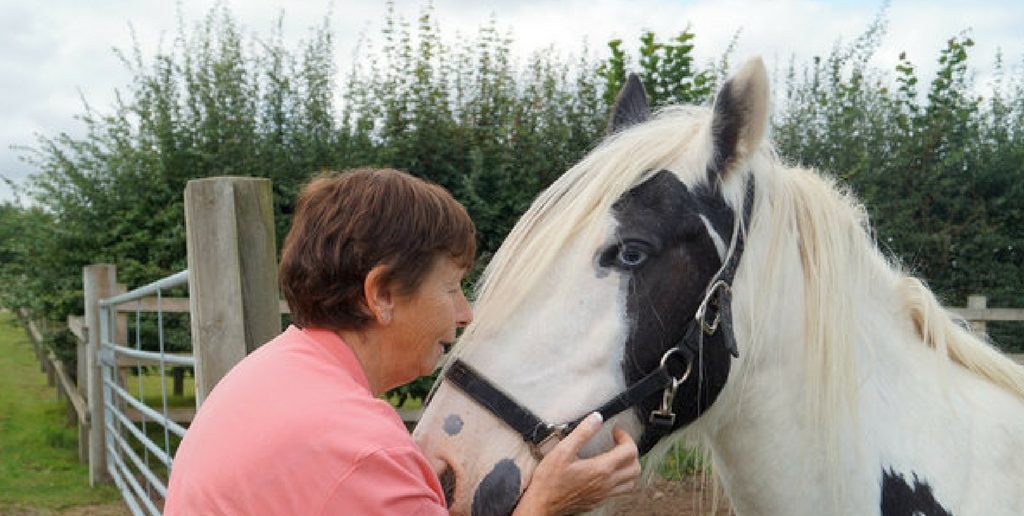 Rescue Horse in Emotional Reunion with Original Rescuer After 14 Years

Flynn, a 20-year-old 15hh piebald cob, was first rescued by Christine Sullivan from a horse sale when he was only six months old. He was incredibly underweight and suffering from a large hernia that was causing him a lot of discomfort. Through her dedication and loving care, Christine nursed him back to health with the hope that one day she would be able to ride him. 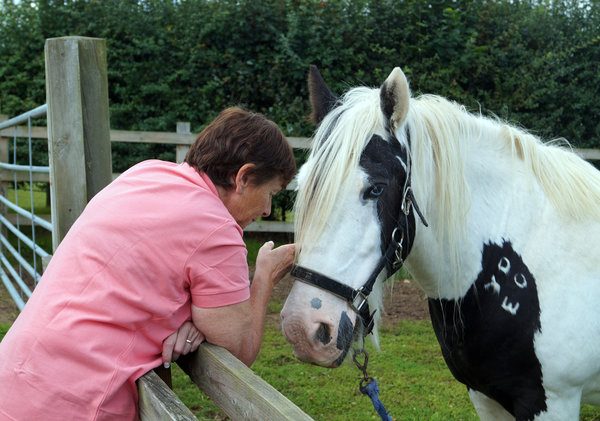 Christine and Flynn, together again after 14 years

When Flynn started his training, he began to show sign of distress when ridden that led to unpredictable and potentially dangerous behaviour. Christine contacted Redwings Horse Sanctuary, hoping the charity’s behavioural expert might be able to help.

Following an assessment, Flynn was offered a home at the Sanctuary where Redwings’ specialist behavioural team could help him overcome his handling issues as well as provide him with a home for life where he would not need to be ridden. 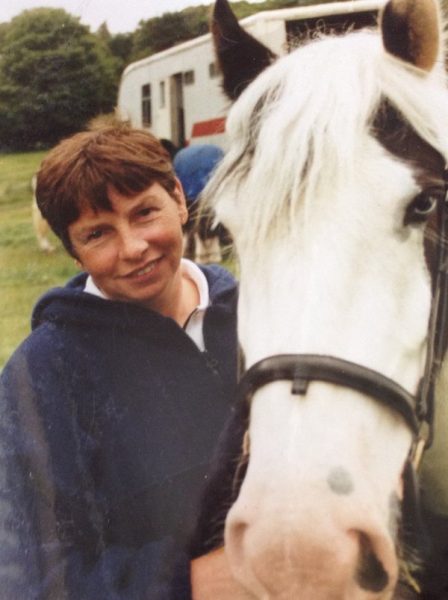 Last winter, Flynn was chosen for a very special job within the Sanctuary, one that led him to the emotional reunion.

Flynn’s new job was to be a companion for blind horse Boo after the sudden and tragic loss of his former companion and “sight-horse”, Oliver.

Twenty-year-old Clydesdale Boo had previously lost one eye to cancer, and before going to Redwings had suffered a horrendous attack where he was shot at point blank range resulting in the loss of sight in his remaining eye. Since his arrival at the Sanctuary in 2009, Boo had loyal companion Oliver by his side to guide him, until tragically in October 2016 Oliver suffered an impaction colic from which he would not survive.

Thankfully, Flynn was introduced to Boo and soon helped him overcome this loss by providing a calm and reassuring presence, and they now spend their days grazing happily together.

The tale of Boo and Flynn’s new friendship was so touching it was featured in a national magazine, which Flynn’s original rescuer Christine saw. “When I saw the pictures in the article I was almost certain it was my Flynn,” commented Christine. “I sent pictures of the magazine article to my friends to see if they thought it was him too. It was the ears that did it; Flynn has such distinctive ears, one black and one white!”

This summer, Christine travelled from Leeds to Redwings’ headquarters in Norfolk to be reunited with Flynn after 14 years apart. And what an emotional reunion it was! Christine was overjoyed to see Flynn and delighted to see that her original efforts to nurse him back to health had been worthwhile.

“When I first rescued Flynn I promised him I would never let anything bad happen to him ever again, and seeing him now I can see that because of his life at Redwings and the wonderful care he has been given, that has come true! It’s so lovely that he has also found an extra special job as a friend for blind Boo too,” Christine said.