When was the last time you put pen to paper and wrote a letter?

It might seem like a dying art, but there’s still lots of good reasons to pick up a pen and write a letter.

And more people are doing it than you probably realise.

The letters are sent between sponsors and their sponsored children- it’s not compulsory, but so many Plan International UK sponsors love to write to the children they’re supporting, and in turn the children often get a real sense of encouragement from the letters.

In the interests of both the sponsor and child, the letters have to be checked by the charity before they are forwarded on. A number of volunteers give up their time to read the letters and make sure they get to the right people.

Ashley Feldman, 24, is one of the many volunteers who helps in this way. It’s an important role, as Ashley explains, “I check the letters for anything that I might need to flag with the Sponsorship team, for example if it sounds like the child isn’t going to school at the moment. The charity’s main priority is the safety and wellbeing of the children, so it’s important to make sure they are receiving the support they need.” 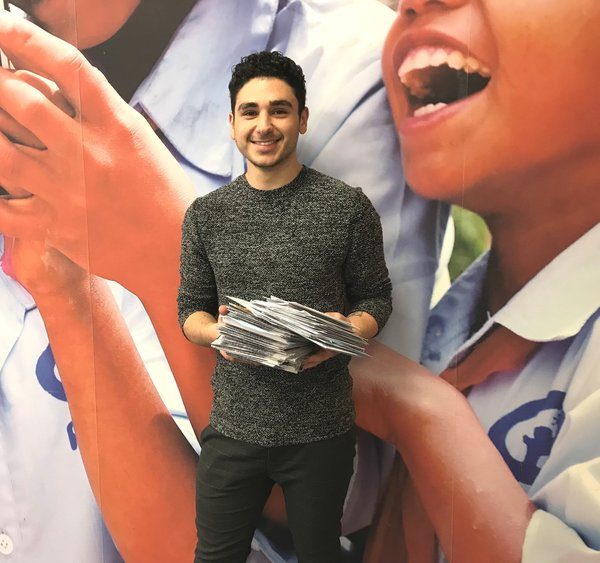 Almost 13,000 letters are checked by volunteers each month, before sending them on to the recipient

The role is also an incredibly enjoyable one. While both the sender and receiver probably don’t even think of the volunteers involved in the process, their letters give them all a real positivity boost. 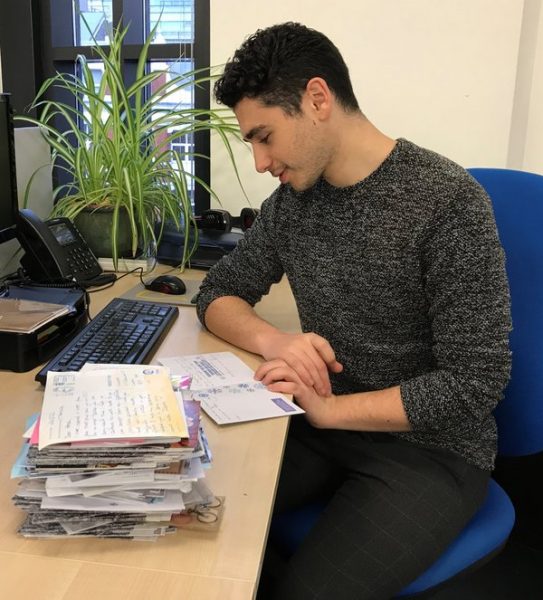 Ashley loves reading letters from both the sponsors and the children

“I remember one child who was responding to their sponsor’s letter about planting flowers in the garden. They just couldn’t understand why you would plant anything that you couldn’t eat at the end of it! It’s really heart-warming to see relationships building across continents, and very often across generations, through what is essentially a ‘pen-pal’ style of communicating.

“As volunteers in the UK office, we’re the last point of call for the letters – we note them on our system so that every letter can be kept track of, and then they are sent to the sponsor’s home. To me that’s the exciting thing – to know that, by tomorrow, that letter will be hitting their doormat, and I’ve done my bit in making sure that happens,” Ashley said.