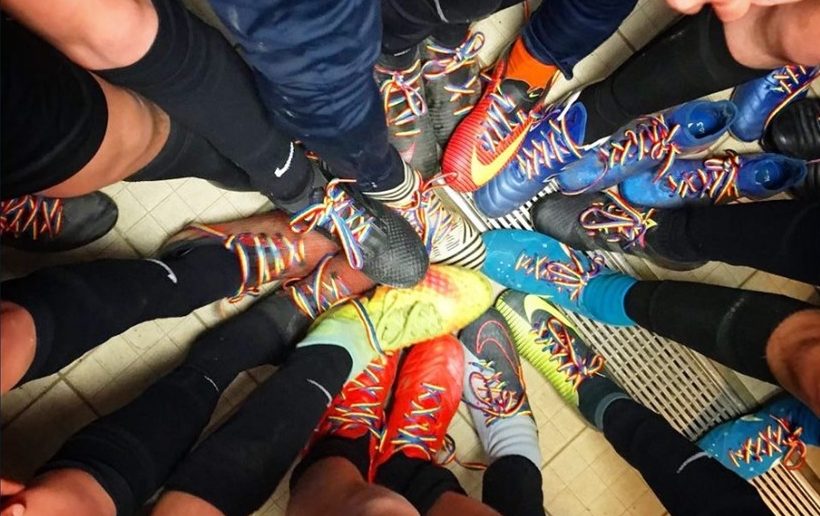 Football and rugby players across the country took part in the Stonewall Rainbow Laces campaign last month to highlight their support against homophobia and the fight to eradicate it in the sporting world. It marked the biggest participation in the campaign since its beginnings with participation from non-league to premier league players and clubs marking their support, with the Premier league teaming up with Stonewall for greater exposure.

Other prominent teams such as Swansea, Blackpool and Bournemouth also wore rainbow laces or displayed messages of support. Newcastle’s home stadium, St James’ Park, displayed a board of rainbow colours in its home match. The support has extended beyond players also. Liverpool manager Jurgen Klopp also donned rainbow laces in his team’s match against Chelsea at their home ground Anfield. The Premier League as a whole has also introduced rainbows branding to its ball plinths, pitch flags and handshake boards. 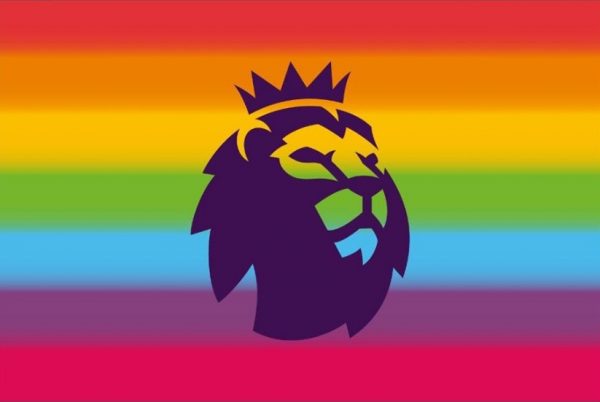 Messages of support were strewn across social media. Manchester United tweeted: “We’re dedicating today’s game against Brighton to @StonewallUK‘s Rainbow Laces campaign. #allredallequal We would like to remind fans of our commitment to ensuring Old Trafford remains inclusive for all and encourage you to support this aim.” The Premier league tweeted out: “The Premier League is for everyone, everywhere. This weekend we are supporting the #RainbowLaces campaign…”

“You don’t have to be LGBT to be a support of the of the campaign. In fact, allies within sport are more crucial than ever. I hope this campaign sees more sport stars, staff and fans publicly support LGBT people and that they make clear that homophobia and abusive comments are not acceptable. However, wearing rainbow laces for a game is not enough.” – Ryan Atkin, the first opening gay professional referee.

The actions are part of a wider campaign by Stonewall. This year, over 197,296 people have bought rainbow laces from the Stonewall foundation, and is supported by TeamPride: companies who provide funding, expertise and influence to help the campaign and make sport a game for everyone.

Stonewall’s mission to to let all LGBT people know that they’re not alone, we’re all stronger united, and those who need some support to be themselves have the support of Stonewall until everyone feels free to be who they are, wherever they are. The key priorities are to empower individuals, transform institutions, change hearts and mind and change laws. It was founded in 1989 in response to Section 28 of the Local Government Act limiting the exposure of homosexuality and as part of the struggle against it.

The widespread support to the rainbow laces campaign is one of a string of successes, including helping achieve the equalisation of the agent of consent, lifting the ban of LGBT people serving in the military and securing legislation which allowed same-sex couples to adopt.

The idolisation of sports stars and the widespread support of English sports mean that the rainbow campaign serves to add a gesture of support to thousands of LGBT people across the country. In an arena normally dubbed for its masculine persona, Stonewall and the individuals and clubs involved are helping to change the narrative and create a world of  sports inclusive, open and available for all.