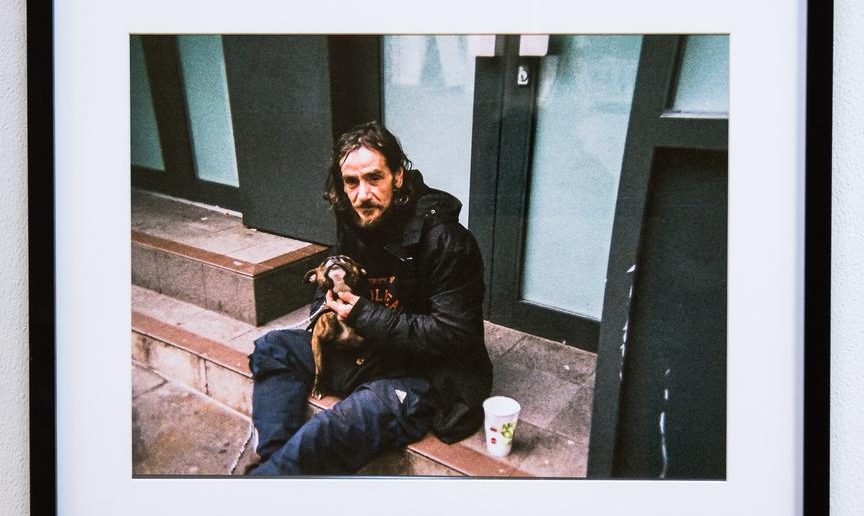 By Cara Vaitilingam on January 2, 2018 0 Comments
Photo: People of the Streets

Following the success of the Stories of the Streets exhibition in Nottingham, the students behind the initiative have launched a 2018 calendar featuring some of the best photographs, all of which were taken by local homeless people.

Working with local homeless centres Emmanuel House and Canaan Trust, the students gave disposable cameras to homeless people in the hope that it would allow them to tell their own story and challenge perceptions of what it is to be homeless. The resulting photographs were showcased at the intu Broadmarsh Shopping Centre in Nottingham in the six weeks before Christmas.

The scheme is part of People of the Streets, a not-for-profit organisation that seeks to raise awareness of homelessness. The social enterprise supports homeless people by selling a range of care packages like the ‘Keep Warm’ and ‘Freshen Up’ packs, which are distributed to homeless shelters across the UK.

People of the Streets managing director Charles Kerr says that the calendar will ‘give people another opportunity to show their support and enjoy the beauty of these images’. Proceeds from the calendar will go towards buying essential winter items for homeless people as well as funding future exhibitions. Operations director Alex Greenhalgh adds: ‘Homelessness is an issue all year round. We hope this calendar will keep people engaged well beyond the exhibition’.

A selection of photographs from Stories of the Streets will be shown at Rough Trade as part of Beat the Streets, Nottingham’s music festival in aid of the homeless, on 28 January 2018. The students are also planning a new exhibition to be showcased in Manchester in the spring.

Stories of the Streets is organised by People of the Streets CIC with support from Boots and SIG. The calendars are available online here and cost £10.